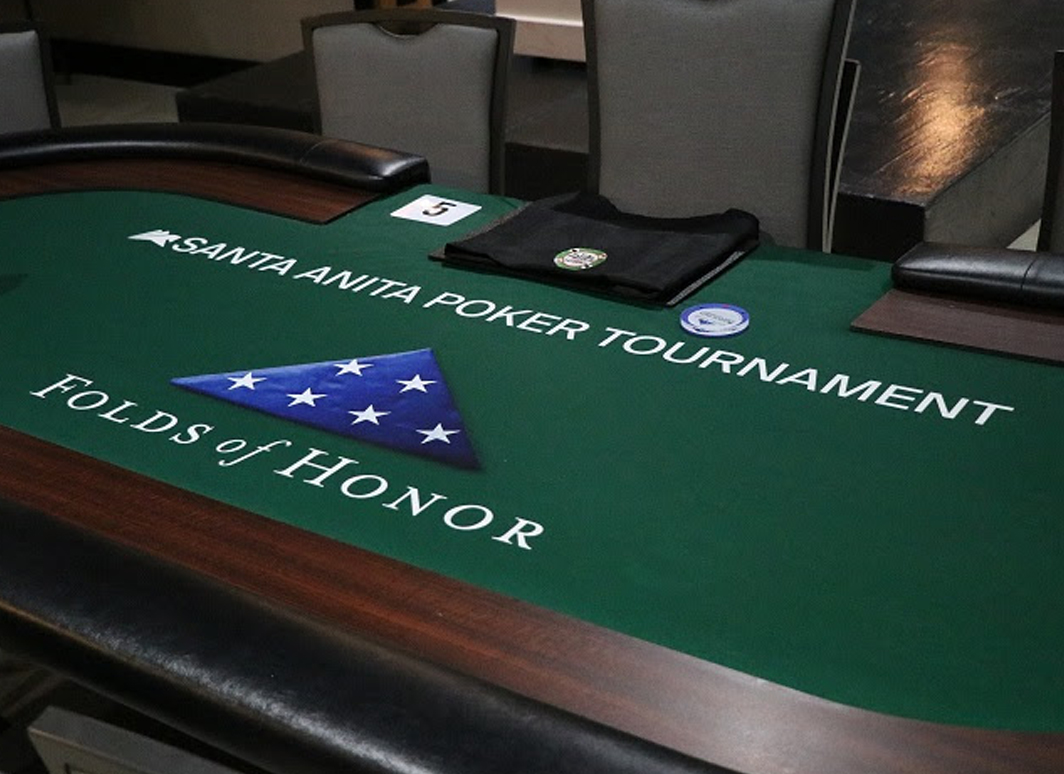 “We were very gratified with the turnout and the support we were able to provide to Folds of Honor,” said Santa Anita Senior Vice President and General Manager Nate Newby. “100% of the money won went to the Folds of Honor Foundation. This is a tremendous cause and I think everyone senses we have an obligation to help the families of those who have given so much in the defense of our freedom. We look forward to expanding this event and hosting it again next year.”

The Folds of Honor Foundation, which has awarded more than 35,000 educational scholarships, was represented by retired United States Marine Corps Sergeant and P.O.W. Rocky Stickmann, who was one of 65 Americans taken hostage at the U.S. embassy in Tehran, Iran on Nov. 4, 1979. Stickman and his fellow Americans were held captive for 444 days until their release in January 1981.