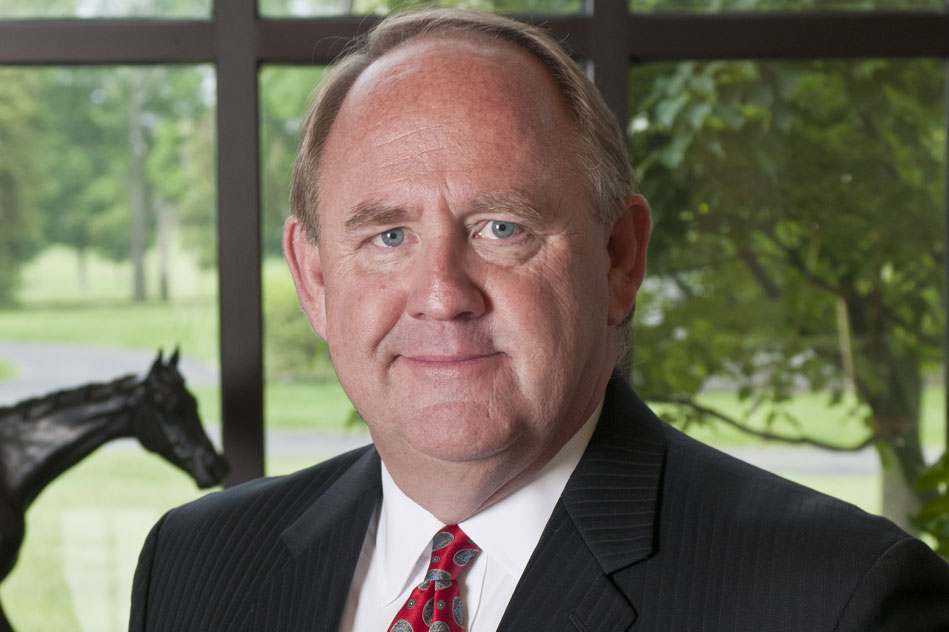 Thursday was supposed to be opening day at Keeneland's spring meet, which has been canceled because of the COVID-19 pandemic.

Instead, officials who oversee the association's racecourse and sales company spent their afternoon on a video conference call with the Kentucky Horse Racing Commission (KHRC)'s race dates advisory committee explaining how Keeneland will face a situation that is markedly different from the state's other four Thoroughbred tracks when emergency public health mandates are relaxed enough to allow live racing to resume.

Bob Elliston, Keeneland's vice president of racing and sales, told KHRC committee members that because the track is so heavily reliant on revenues related to on-track attendance, he can't predict what a retooled racing schedule might look like in terms of purses and dates if the circuit has to rearrange its traditional rotation. For the spring meet, he said, Keeneland was projected to pay out about $12 million in purses.

Elliston said that right now Keeneland has around $2 million of the association's cash and Kentucky Thoroughbred Development Fund money set aside for purses, and that figure is typical for the start of the spring meet.

But over the course of the 17-date spring meet, Elliston explained, Keeneland usually makes up that roughly $10 million difference in purse funds fairly rapidly based on revenues generated from betting handle, sponsorships, dining, concessions, gate receipts and seating fees.

“I think that demonstrates, on a normal course of business, how much money is generated within our live race meet,” Elliston said. “We have dramatic attendance numbers, more so than a normal racetrack around the country. That generates the best margin of wagering revenues [because] we keep it all right here, and that's about 19.5 cents on every dollar that we are able to generate.”

If Keeneland had to go ahead with some form of a race meet without spectators because of contagion protocols–like several other Kentucky tracks have either already done (Turfway Park) or expressed a willingness to do (Churchill Downs)–that would make it difficult for a boutique meet at the Lexington track to sustain such a high level of purses.

“Our purse agreements are different than most tracks,” Elliston said. “Rather than 50 or 51% of those revenue streams going to purses, every bit of it goes to [purses]…. So we quickly ramp up from $2 million to $12 million. And we know we are unique.

“So as we think about trying to be part of the circuit as those opportunities present themselves, in whatever form it presents itself, purse creation and live racing versus spectator-less racing is going to determine what we can do in terms of the amounts of purses and the number of days that we can run.”.

Elliston continued: “We completely understand the economic cycle that's created through those significant purses, and putting them in the hands of folks to buy feed and buy hay and pay their help, and hopefully try to get a reinvestment on the significant capital that owners have put at risk.

“In addition to that, that cycle affects our sales. It affects the sales cycle this fall–the largest sale in the world, perhaps the most significant, as you well know. The yearling sale is dependent upon on not only the 2-year-old sales cycle that's disrupted now, but also the racing and the capabilities of those horses to earn resources to be reinvested. Everybody in this business looks to reinvest, and that's what's unique about it.”

The management at Churchill Downs, which has already received commission approval to move the entire template of the GI Kentucky Derby week to early September, told the KHRC on Thursday that it would be willing to race in front of an empty grandstand as a COVID-19 precaution if it was granted permission to open later this spring.

“If we are asked to run spectator-less, then we will be prepared to do that,” said Kevin Flanery, the senior vice president of Churchill Downs, Inc. (CDI) “Whatever scenario is put forward to us, we're trying to work through those [conditions] and be ready to run at the right time.”

But when asked if Apr. 14 was still a viable date for the opening of Churchill's stabling, Flanery said he wasn't sure in light of the President's recently announced federal recommendation to extend social distancing protocols to Apr. 30

“I think within the next few days, no later than Monday or Tuesday of next week, we will gather all of the information, talk to the folks that we have been talking with, and see what we want to do,” Flanery said. “Obviously, we want to give enough time for folks to be able to mobilize when the time comes to actually move. But I'm getting the same information that everybody else is getting as far as when the curve will flatten, so stay tuned over the next few days.”

Currently, Keeneland and Turfway Park are the only tracks in the state housing Thoroughbreds and humans on their backstretches.

Bill Thomason, Keeneland's president and chief executive officer, told the KHRC there are 600 horses on the grounds, with 150 backstretch employees living in on-site dormitories.

No new ship-ins to Keeneland are currently allowed, with the exception of those from several year-round outfits who are stabled at the Rice Road barns and have already been granted permission to bring in horses from Florida.

Elliston added that those incoming horses must be cared for by stable employees who either already live on-site or do not plan to reside in the Keeneland dorms, because no new residents will be admitted to the property.

Turfway, where the winter meet ended prematurely, still has 800 horses and 120 workers living on the backside, with no new ship-ins allowed. The track is owned by CDI, and Flanery said the planned demolition of the grandstand is continuing as scheduled as part of a major renovation that is in the works there.

Ken Mimmack, the head of project development for Ellis Entertainment LLC, reported that limited staff are on the grounds working on backstretch maintenance, although the multi-phase construction work on renovating the plant has been halted. Ellis was supposed to open stabling May 14 for the June 28 start of the summer meet, but those dates too are now in limbo.

Ted Nicholson, Kentucky Downs' senior vice president and general manager, reported that a “skeleton crew” has been retained to keep the turf course there in good shape for the September meet.

After listening to the testimony, KHRC chairman Frank Kling, Jr., read a prepared statement prior to adjourning the meeting:

“We are unable at this time to suggest a timeline for the reopening of live racing. Not knowing that timeline will challenge our ability to have resources in place and horses ready to return to racing when government officials give us the thumbs up. However, we are all in this together, and together we will best shape our future by being flexible and responsive to the changing situation. All stakeholders working in the same direction with the same goals, as always, will best serve the industry. We will continue to meet as the criteria evolves in order to properly address public health and economic pressures. I'm encouraged by what I hear today, and I look forward to resuming live racing as soon as possible.”