Ryan Moore: “I Think We'll See A Better Version Of Luxembourg On Saturday” 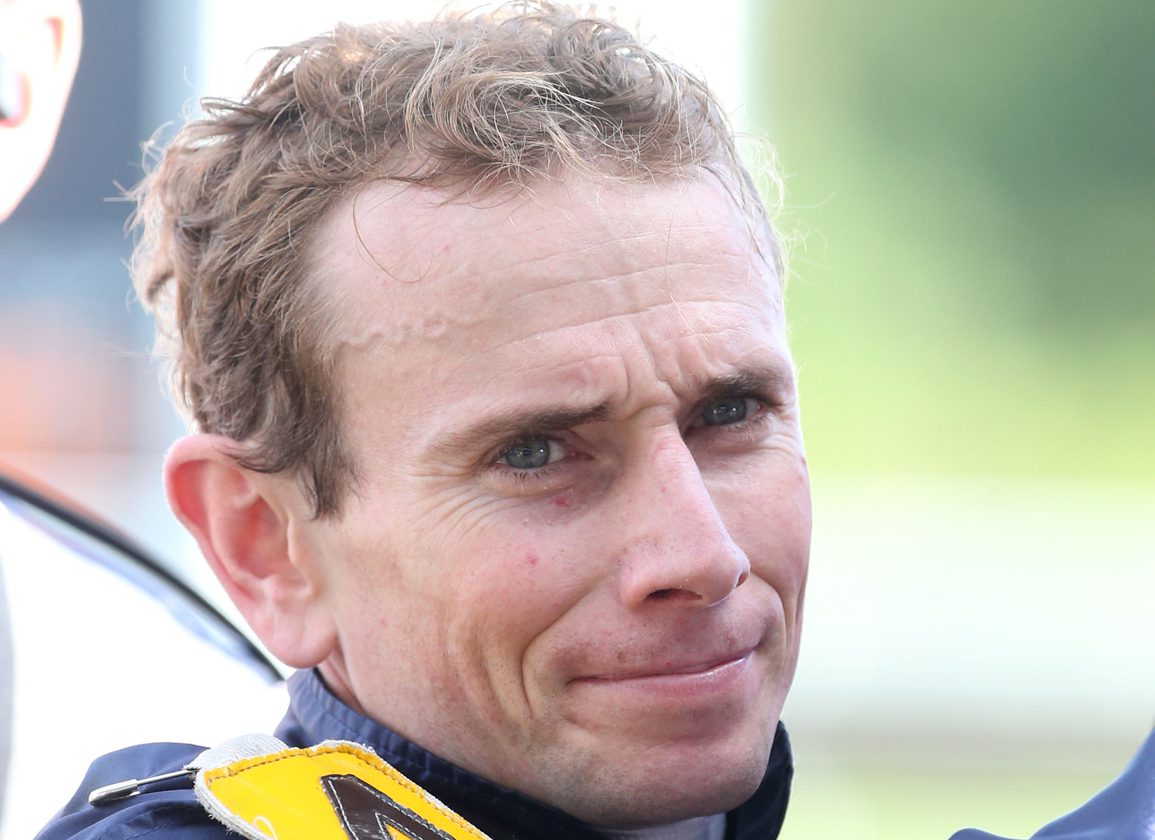 Ryan Moore: “He [Luxembourg] obviously needs to improve on what he has done this year.”
| Coady

Ryan Moore has admitted that G1 French Derby and G1 Coral-Eclipse winner Vadeni (Fr) (Churchill {Ire}) sets the standard in the Royal Bahrain Irish Champion S. at Leopardstown on Saturday but warned that Luxembourg (Ire) (Camelot {GB}) should not be underestimated in the feature race of Longines Irish Champions Weekend.

The Aidan O'Brien-trained Luxembourg got his season off to a promising start when third in the G1 2000 Guineas, but suffered a setback in the build-up to the Derby. He won in workmanlike fashion on his return from a 105-day absence in a Curragh Group 3 last month, but Moore is predicting a world of improvement from that effort on Saturday at Leopardstown.

Speaking on a Zoom call organised by Horse Racing Ireland on Tuesday morning, Moore said, “It obviously hasn't been a straightforward year for him. He had a lovely 2-year-old career and ran a big race in the 2000 Guineas. Unfortunately, he wasn't right after that race.”

Moore has won the G1 Irish Champion S. three times–St Mark's Basilica (Fr) last year, Magical (Ire) in 2019 and The Grey Gatsby (Ire) in 2014–while Aidan O'Brien is the most successful trainer in the history of the race with 10 wins. The number one rider at Ballydoyle believes Luxembourg has what it takes to bolster that record on Saturday.

He said, “Luxembourg needed his run at the Curragh last month and he got the job done. We are hopeful that he'll come forward from that and a-mile-and-a-quarter around Leopardstown with a bit of rain around, I don't think that will be a problem.

“He obviously needs to improve on what he has done this year but I think we'll see a better version of Luxembourg on Saturday.

“It was his first run for a while and he still felt a bit raw [at the Curragh]. He picked up very well, he was a bit idle in front but, when the second horse came to me, he found plenty. It was a good starting point.”

Vadeni heads the market for Saturday's showpiece at odds of 6-4. Trained by Jean Claude-Rouget, who snared the Irish Champion S. with Almanzor (Fr) in 2016, Vadeni has gone from strength to strength this season, building on his French Derby win with a victory against the older horses in the Coral-Eclipse at Sandown back in July. Moore admits that form is just about the best on show and respects the French raider.

He said, “He's obviously improved a lot since he stepped into the French Derby and then beat the older horses in the Eclipse. He's probably entitled to be favourite but maybe Mishriff (Ire) (Make Believe {GB}) was a bit unfortunate at Sandown. But Vadeni is still open to improvement and obviously Jean-Claude Rouget targets this race.”

The rider said, “Tenebrism is still a 3-year-old filly, still getting better so I'm sure she'll run a good race. A mile around a bend might suit her better, that's what we'd be hoping. She was still a little bit green when she went to Ascot but the last day (when second to Saffron Beach at Deauville) didn't quite go as smoothly as I would have liked.”

He said, “Aesop's Fables is one I've always liked. He started off early at Navan, he won comfortably but unfortunately he had a minor setback and we couldn't get a run into him before the Futurity.

“I think the whole weekend is great racing, it's in a really nice place in the calendar. I'm lucky to be a part of it, hopefully it will get stronger.”

Moore added, “I'm very lucky to ride for Aidan. Aidan says it himself, it's the whole team at Coolmore and Ballydoyle that make the whole thing possible. It's the hard work of everyone involved in the operation that makes the success possible.

“They have great owners who put a lot of time, money and effort into it and it's a privilege to ride for them for quite a few years now. I'm very thankful for the opportunity they've given me.”

A cloud hangs over the Irish racing community following the death of Jack de Bromhead, the 13-year-old son of Henry and Heather de Bromhead, who was killed in a freak fall at Glenbeigh horse and pony races on Saturday.

Moore acknowledged that the de Bromhead family will be in everyone's thoughts on Irish Champions Weekend and offered his condolences to all concerned.

He said, “It's the most terrible news. I am struggling to get my head around it to be honest. There are no good words to describe what Henry, Heather and Jack's siblings must be going through. I can only just send them my best. It doesn't get any worse than what they must be going through.”