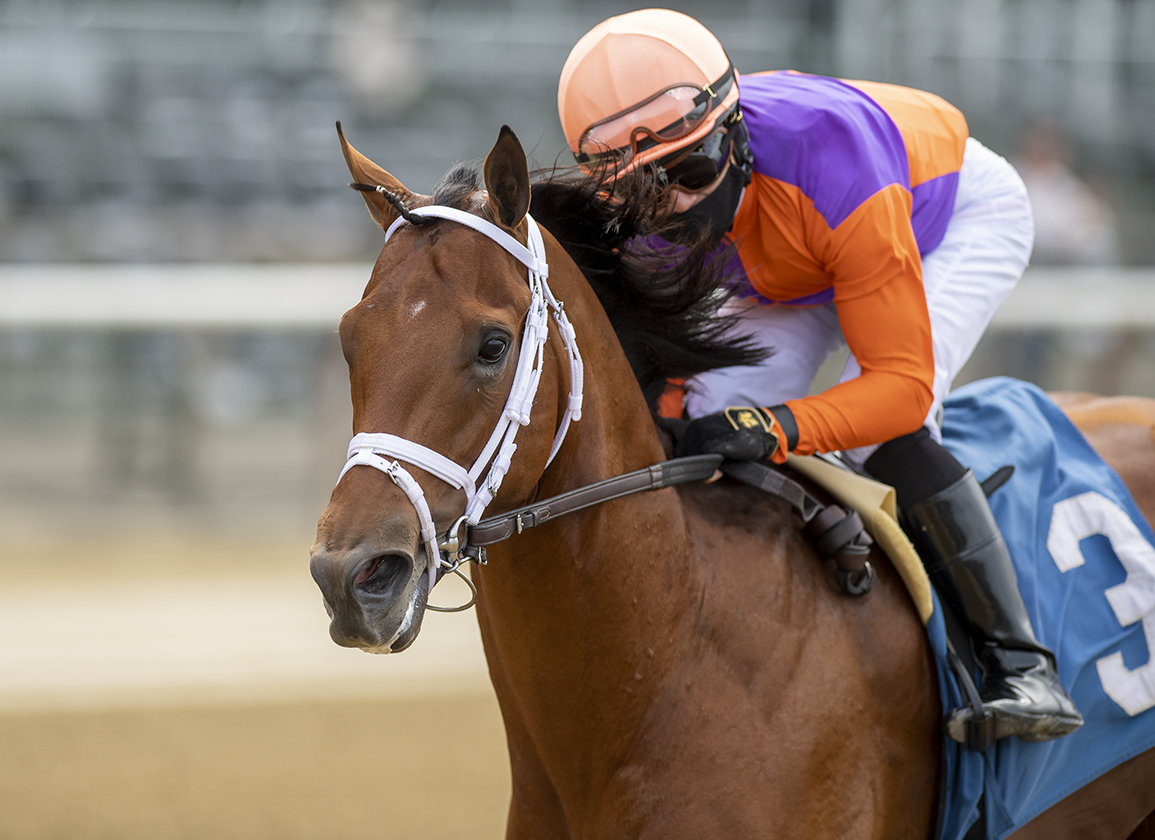 FOLLOWING SEA (c, 3, Runhappy–Quick Flip {SW}, by Speightstown) repeated his 'TDN Rising Star'-worthy graduation with a facile romp against allowance company at Belmont Friday. Disqualified from second and placed third on debut at Santa Anita Mar. 6, the Spendthrift homebred stormed home to a 5 3/4-length victory next out at Oaklawn Apr. 10, leading home a Runhappy one-two over next-out Hot Springs maiden romper Happymac. Pointed for Pimlico's GIII Chick Lang S. following that effort, he was withdrawn from consideration for that event and instead transferred from Bob Baffert to Todd Pletcher during Preakness week after the former's GI Kentucky Derby hero Medina Spirit (Protonico) tested positive for betamethasone. Hammered down to 4-5 favoritism in this field scratched down to four, Following Sea kept Wudda U Think Now (Fast Anna) honest from a close-up second through a swift first quarter in :22.03. Drawing even as he hit the half in :44.79, the bay dispatched his foe in early stretch and cruised clear with ease to win by 6 1/2 lengths. Following Sea's stakes-winning dam Quick Flip is a half-sister too SW & MGSP Qahira (Cairo Prince) and SW Stormin' Lyon (Storm Boot). Spendthrift purchased the mare with Following Sea in utero for $230,000 at the 2017 KEENOV sale. They bred her back to their super sire Into Mischief and the resulting filly, a 2-year-old named Gimmick, summoned $450,000 from Mike Ryan at the Fasig-Tipton Select Yearling Sale. She failed to get in foal to Lord Nelson for 2020, but had a Hard Spun colt on St. Patrick's Day this year. Lifetime Record: 3-2-0-1, $115,520.Click for the Equibase.com chart or VIDEO, sponsored by TVG.