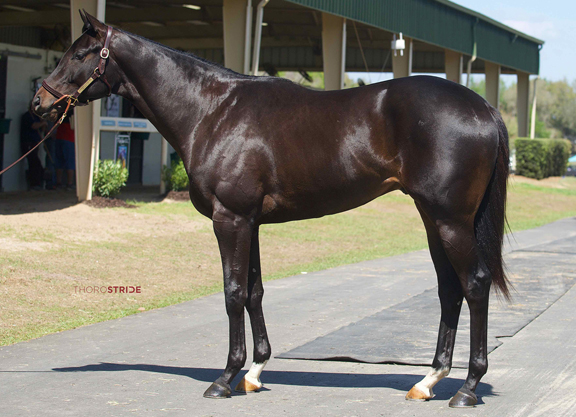 The Runhappy bonus program, which will reward owners of 2-year-olds by Claiborne Farm freshman sire Runhappy (Super Saver) $100,000 for winning an unrestricted maiden race at Saratoga first time out, has been extended to the corresponding races at the Belmont meeting, set to kick off the week of June 1.

The bonus will be paid by owner Jim McIngvale, who campaigned Runhappy to victories in the GI King’s Bishop S. and GI Breeders’ Cup Sprint en route to being named champion sprinter of 2015.

“We’re really excited about the New York Racing Association getting back up,” McIngvale said during Sunday’s ‘America’s Day at the Races’ program on FOX Sports. “Whenever the first races are for 2-year-olds at the Belmont spring/summer meet, we decided to extend the Runhappy $100,000 bonus. We were reserving for Saratoga, Del Mar and Kentucky Downs, but since Belmont got delayed, we wanted to add some excitement.”