Ruler Of The World To Italy 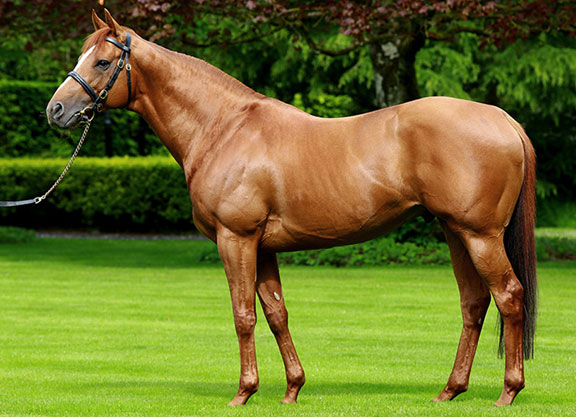 Ruler Of The World | Coolmore

Ruler Of The World (Ire) (Galileo {Ire}-Love Me True, by Kingmambo), winner of the 2013 Derby, will relocate to Andy Capp Stud in Siena in 2022. Ruler Of The World will be managed by the partnership of Mattia Cadrobbi, Marco Bozzi and Guido Berardelli, the same group that has managed another son of Galileo, Magician (Ire), in Italy. Magician will return to Ireland.

Ruler Of The World won the Derby in his third start for the Coolmore partners. Al Shaqab Racing bought into the chestnut for his 4-year-old campaign, during which he won the G2 Prix Foy. Ruler of the World stood for five seasons at Coolmore in Ireland and the past two at Al Shaqab's Haras de Bouquetot in Normandy. Heading his five stakes winners is the four-time Group 1 and Breeders' Cup winner Iridessa (Ire), while La Petite Coco (Ire) upset champion filly Love (Ire) (Galileo {Ire}) to win the G2 Blandford S. last weekend.