Rougir Now in U.S. and Brant Confident Purchase Will Work Out 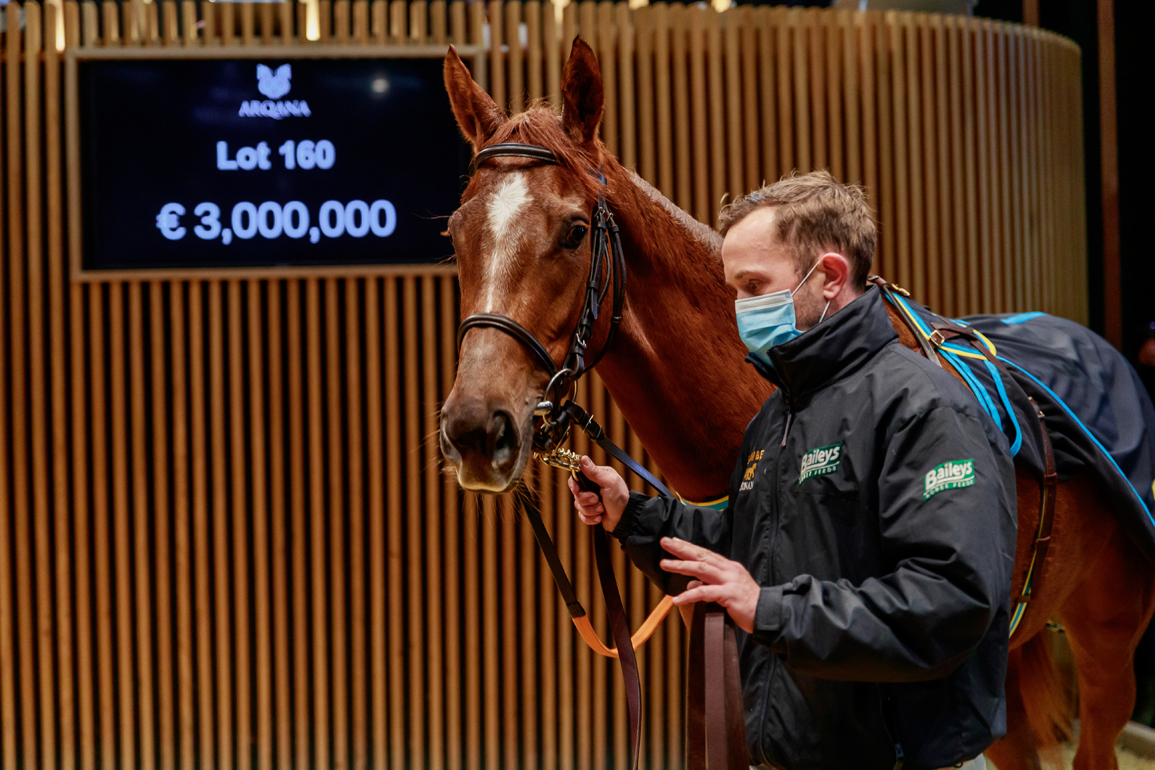 Just three days after he and partner Michael Tabor spent €3 million on Group I winning filly Rougir (Fr) (Territories {Ire}) at the Arqana December Breeding Stock Sale, owner Peter Brant got a most unwelcome surprise. Rougir's trainer, Cedric Rossi, was arrested Dec. 7 as part of a probe into equine doping that also involved two other members of the Rossi family, Frederic and Charley.

That brought into question whether or not he and his partners had purchased a horse whose successes on the racetrack were, at least in part, the result of the use of performance-enhancing drugs. But Brant said Monday that he is confident that Rougir and another Rossi horse he purchased at Arqana, Speak of the Devil (Fr) (Wootton Bassett {GB}), were not involved in the doping campaign the Rossi family is alleged to have been part of.

Rougir won the G3 Prix des Reservoirs in 2020 before launching a 2021 campaign that included a win in the Oct. 3 G1 Prix de l'Opera Longines. She was most recently seventh in the GI Breeders' Cup Filly & Mare Turf. The €3-million price tag was the most paid for any horse at any of the European breeding stock sales in 2021.

Speak of the Devil, who was trained by Frederic Rossi, is the winner of four listed stakes, including the final two starts of her career. Purchased solely by Brant, she went for €1,950,000.

Despite his belief that his purchases raced drug-free, Brant admitted that he was concerned after learning of the arrest of the Rossis.

“I obviously don't like the situation,” Brant said. “You don't want to buy a horse and then find out a few days later that there was a sting. That's not exactly what we were expecting.”

Brant said that he and the Coolmore team went back to Arqana officials after the news of the arrests broke to explore their options. He said a confidential agreement was reached in which Arqana made certain concessions to protect their investment.

“[Arqana] made certain guarantees to us so far as whatever credentials these horses had would remain and that if anybody took them away then that would change things,” he said. “Arqana was very responsible. They dealt with the sellers and they bridged us together and we made an agreement we all felt safe with. We were given assurances that our investment was safe.

“Did we ever say we wanted our money back? We said we wanted certain guarantees or else we would like the sales canceled. We also evaluated what our legal position was and we just decided that this was best way to go about it.”

The two Brant purchases have arrived in Florida and are stabled with Chad Brown. Brant said Rougir will likely go next in either the GIII Beaugay S. or the GII New York S. The GI Just a Game S. is a possible goal for Speak of the Devil, he said.