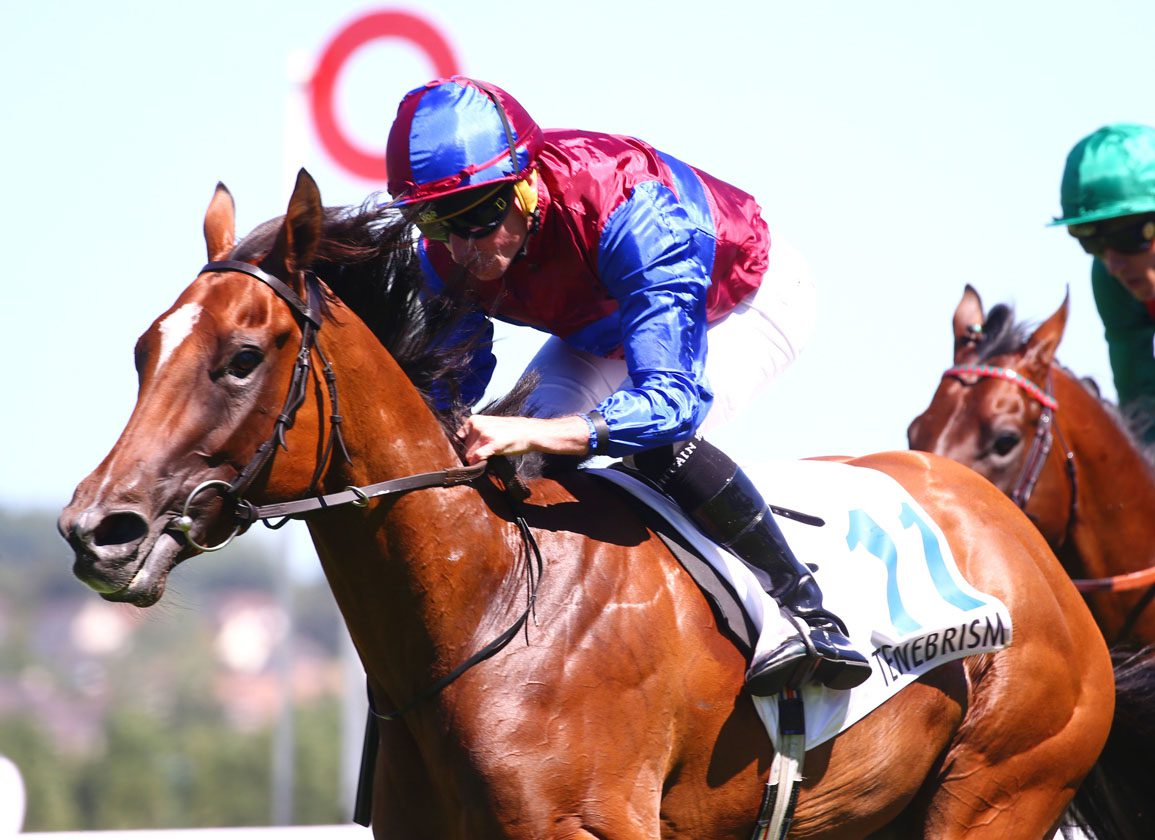 Deauville's four-week bonanza begins on Tuesday with an array of class across four pattern races headed by the G1 Prix Rothschild, which brings together two of Europe's leading fillies in Saffron Beach (Ire) (New Bay {GB}) and Tenebrism (Caravaggio). While the former's stamina for this mile is assured and proven, TDN Rising Star Tenebrism has yet to confirm that the trip is within reach. Saffron Beach, who had already displayed her quality at this level when overpowering her rivals in Newmarket's G1 Sun Chariot S. in October, arguably performed to an even higher standard when making light of a five-pound penalty in Royal Ascot's G2 Duke of Cambridge S. on her 2022 European bow June 15.

Jane Chapple-Hyam has no concerns heading into this contest, which sits perfectly in the 4-year-old's program heading to the Breeders' Cup. “It is a small, competitive field, but I feel she is good enough for the task ahead,” she said. “She has turned into a really good traveller now. She was always a little bit sticky as a younger horse, but even when we do go to the Breeders' Cup, I won't be nervous about her travelling. If we have got go on and lead, we will do. She made all in the Sun Chariot and at Ascot, just about.”

With Saffron Beach the lead performer on form with stamina to go further, it would be no surprise to see William Buick turn this into a test from some way out. Whatever the obvious talent of Ballydoyle's Tenebrism, the fact remains that she has excelled over six furlongs in the G1 Cheveley Park S. and at seven in this venue's G1 Prix Jean Prat July 10 and has been out of the frame when tried at a mile in the 1000 Guineas and G1 Coronation S. Ryan Moore has to ensure he is not too far out of his ground as the British raider applies the pressure and this will provide the definitive test as to whether she stays or not. “She showed at Ascot that she gets a mile and I think we saw a much better filly last time, with the promise of more to come,” her rider said in his betfair blog.

Haras de Saint Pair's capable Pearls Galore (Fr) (Invincible Spirit {Ire}), who has a trio of pattern-race wins in her native Ireland including the May 22 G2 Lanwades Stud S. at The Curragh, will be prominently placed to add pace pressure and this has been the target for some time according to Paddy Twomey. “It has been the plan all year,” he said. “Andreas Putsch's farm is in Deauville and she was born and reared in Deauville, so the plan is to take her back and go and win there.” Of the French, Yeguada Centurion's May 8 G2 Prix du Muguet winner Sibila Spain (Ire) (Frankel {GB}) could add another dimension if reverting to her old front-running tactics, while the Wertheimers' Goldistyle (Ire) (Dubawi {Ire}) is a daughter of Goldikova (Ire) (Anabaa) who turned this into her own private procession between 2008 and 2011. She has to improve markedly on her latest fourth in the G3 Prix Bertrand du Breuil at Chantilly June 19, where she held every chance but weakened late.