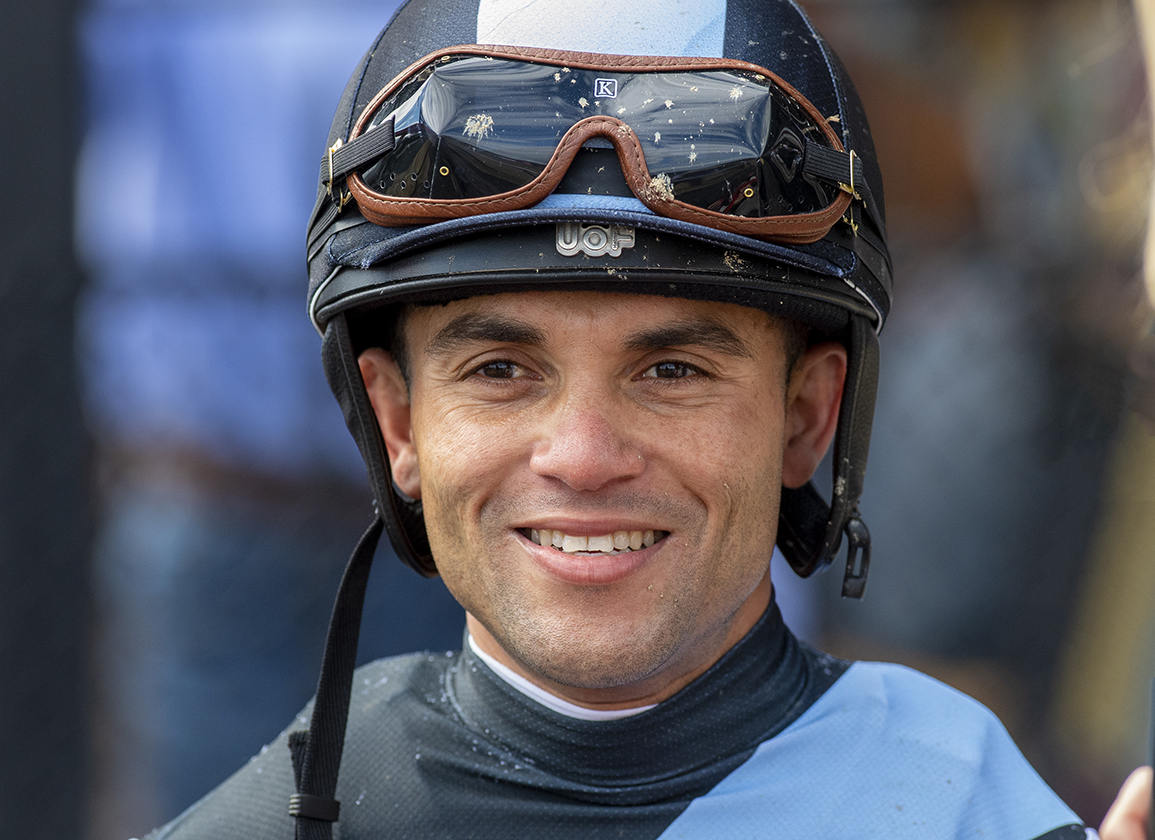 The favorite to land an Eclipse Award as the country's outstanding jockey of 2021 will begin his 2022 push at Oaklawn.

Joel Rosario is named on seven horses Friday, which will mark his first day as a regular in Hot Springs and first action since suffering a hairline fracture of a rib when he was unseated shortly after the finish of a Dec. 2 race at Aqueduct.

Rosario ($32,944,478) was eyeing a single-season North American record for purse earnings before the injury. Now healthy, Rosario's return to the saddle will fall on his 37th birthday.

“He takes care of himself like no one, probably, you've ever met,” Rosario's agent, Ron Anderson, said Saturday afternoon. “He's exceptionally fit … his lady friend is a nutritionist. She's taught him how to take care of his weight, what to eat, what not to eat. He's ready to go at all times. It will be six weeks since he fell and he had a hairline fracture. It's time to get started again.”

Cox (12 victories) and Asmussen (11) entered Sunday leading the 2021-2022 Oaklawn trainer standings. Coupled with Oaklawn's purse structure, the highest in the country this winter, Anderson said Oaklawn is a perfect fit for Rosario, who has enjoyed immense success in Hot Springs, particularly in 2020. Rosario wintered last year at Santa Anita, but Anderson has Hall of Famer John Velazquez there in 2022. Velazquez's major client is Hall of Fame trainer Bob Baffert.

“We have success for two guys that are 1-2 and 2-1 there,” Anderson said, referring to Oaklawn. “The winter in California's not quite the same as it used to be. Just looking for a change. So, Brad we've won for; Steve, we've won for. We've won a Breeders' Cup for both of them. It's three days a week and the purses are fantastic. It's a good place to go for a change. I have Johnny, too, and Johnny's in California, per Bob's request. Sometimes, it's just the flow of the way things feel. Johnny won the last two Kentucky Derbys for Bob. Bob would like him to come out there. Joel won the Breeders' Cups for Brad and Steve. They're kind of the kingpins at Oaklawn. The purses are big. Joel doesn't mind it there. He likes it.”

Rosario rode six days during the final weeks of Oaklawn's 2020 meeting and won 15 races, including the $150,000 Oaklawn Mile S. aboard Tom's d'Etat (Smart Strike) for trainer Al Stall, $100,000 Rainbow S. aboard Man in the Can (Can the Man) for trainer Ron Moquett of Hot Springs, $165,000 Arkansas Breeders' Championship S. aboard Man in the Can and the second division of the $500,000 GI Arkansas Derby aboard Nadal (Blame) for Baffert.

Coupled with a double in March, including the $1-million GII Rebel S. aboard Nadal, Rosario finished with a spectacular 17-10-7 record from just 45 mounts and amassed $2,030,576 in purse earnings. Rosario ranked second in stakes victories at the meet (five), fourth in purse earnings and 11th in victories–just one shy of cracking the top 10–with an eye-popping 38% strike rate. Rosario added three more stakes victories at the 2021 Oaklawn meeting, including the Rebel for Baffert aboard Concert Tour (Street Sense).

Anderson said Rosario is booked to ride Concert Tour in the $150,000 Fifth Season S. for older horses Jan. 15 at Oaklawn, a 1-mile race that would mark the colt's first start for Cox. Rosario and Cox are scheduled to team up again Jan. 29 at Gulfstream Park when Knicks Go makes his final career start in the $3-million GI Pegasus World Cup Invitational S..

“World-class rider,” Cox said Saturday afternoon. “I mean, it's no secret about that. He's a very good all-around rider and very happy that he's going to be there during the meet. Looking forward to him teaming up with Knicks Go again in the Pegasus and go from there.”

Anderson said Rosario is scheduled to ride regularly at Oaklawn until at least early April. Rosario has 28 career Oaklawn victories, including 12 stakes, with his mounts earning $4,979,104. In addition to Nadal, Rosario won the $200,000 GII Azeri S. and $600,000 GI Apple Blossom H. in 2014 aboard eventual champion Close Hatches (First Defence) for Hall of Fame trainer Bill Mott.

A native of the Dominican Republic, Rosario rode his first winner in the United States in 2006. He has more than 3,000 career victories, including 15 in Breeders' Cup races and three in Triple Crown events, and his mounts have earned more than $250 million.

“Look, like I tell people, he's a world-class rider,” Anderson said. “He could go anywhere in the world and be competitive. Lucky enough we come in there and we ride for Steve right away. Got some calls with Brad, got some calls with Moquett and some other people. We'll get back with it here.”