Robin of Navan to Barbottiere 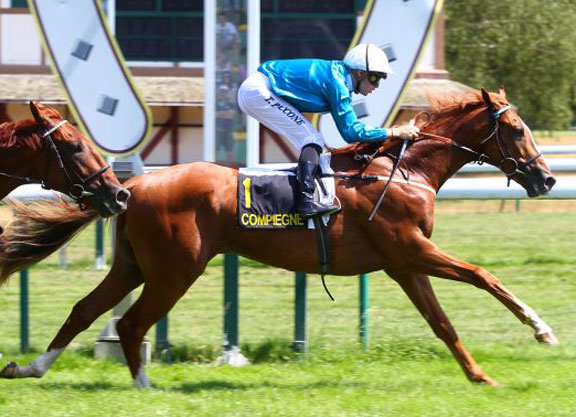 G1 Criterium de Saint-Cloud hero Robin of Navan (Fr) (American Post {GB}–Cloghran {Fr}, by Muhtathir {GB}) has been retired to Haras de Barbottiere in France where he will stand for €3,000, Racing Post reported on Monday. Set to cover mares in a dual-purpose role, the Italian highweight, who also captured the G2 Meilen Trophy this year, was trained by Harry Dunlop for Haven’t A Pot and Richard Foden. Bred by Monique Lepeudry, the chestnut also won the 2015 G3 Prix de Conde and G3 La Coupe Longines among his six victories. A €10,000 ARQOCT yearling turned €47,000 ARQMAY juvenile placed in the G1 Premio Roma and G1 Prix d’Ispahan earlier in his career and retires with a mark of 36-6-8-4 and $722,442 in earnings.

“We were attracted to the horse himself, his performances and his origins,” said Haras de Barbottiere’s Stephane Werle to Racing Post. “What he achieved at two and then all the way through to six, he had great longevity.”