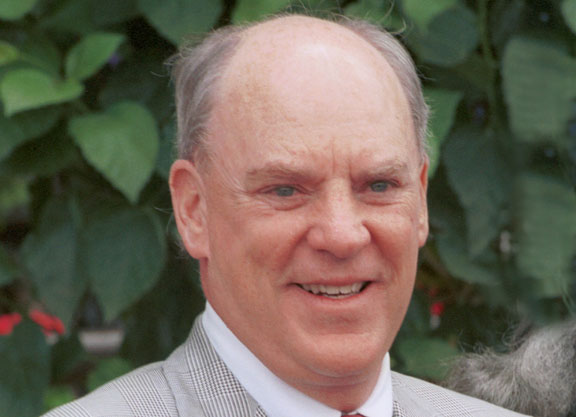 Robert McNair, who brought the National Football League back to his beloved Houston and who quickly rose to prominence as a Thoroughbred owner and breeder from the mid 1990s and for the better part of a decade and a half, passed away Friday. He was five weeks shy of his 81st birthday.

Born in Tampa, Florida, Dec. 31, 1937, McNair grew up in Forest City, North Carolina, and ultimately graduated the University of South Carolina in 1958. His wife Janice attended a nearby university and the couple relocated to Houston in 1960. McNair founded Cogen Technologies, a cogeneration conglomerate that he later sold to Enron for a reported $1.5 billion.

The McNairs purchased their first horse in 1994 and purchased farmland from Arthur Hancock III that fall. In 1997 and now operating as Stonerside Farm, the McNairs purchased the entire broodmare band of Jack Kent Cooke's Elmendorf Farm in 1997, including Halory (Halo), who would become the dam of $6.4-million Keeneland September yearling and GSW/G1SP Van Nistelrooy (Storm Cat), who Stonerside raced in partnership with Michael Tabor and Sue Magnier. Also among the mares they gained from Elmendorf was Mari's Sheba (Mari's Book), who produced future six-time Grade I winner and 2001 GI Kentucky Derby third-place finisher Congaree (Arazi). Other top horses bred and/or raced by Stonerside included the operation's champion Chilukki (Cherokee Run), who is buried on the property and Country Star (Empire Maker).

Soon after their entry into the business, the couple's second horse, Strodes Creek (Halo), was runner-up in the 1994 Derby and third as the favorite in the GI Belmont S. McNair raced Strodes Creek with his Hancock III, the colt's breeder, and trainer Charlie Whittingham. Weeks prior to the running of the 1997 Belmont, Stonerside purchased an interest in a Deputy Minister colt from Frank Stronach. Touch Gold would go on to derail the Triple Crown bid of Silver Charm at Big Sandy. Stonerside also owned a piece of MGISW Coronado's Quest (Forty Niner).

Despite the considerable success in the horse business, McNair's heart was always home in Houston, and he made it his crusade to bring the NFL back to the city following the departure of the Houston Oilers for Tennessee in 1996. McNair formed Houston NFL Holdings in 1998 and a year later, the NFL awarded the franchise to McNair. The Houston Texans entered the league in 2002. NRG Stadium (the former Reliant Stadium) was constructed beginning in 2000 at a cost of $352 million and was the first NFL facility to have a retractable dome. It has since played host to two Super Bowls (2004, 2017).

Having decided to turn his attention to the football club, McNair sold Stonerside and the vast majority of its Thoroughbred holdings to Sheikh Mohammed for an undisclosed price. Less than two months after the transaction closed, Stonerside-bred Midshipman (Unbridled's Song–Fleet Lady) clinched an Eclipse Award in the GI Breeders' Cup Juvenile and Raven's Pass (Elusive Quality–Ascutney) won the GI Breeders' Cup Classic at Santa Anita.

“Janice and I have loved every minute of owning Stonerside,” he told Daily Racing Form in September 2008. “But I have a duty to the Houston Texans now, and it has become increasingly difficult to focus on both ventures.”

Bobby Spalding served McNair and Stonerside as farm manager from 1997-2008.

“This is a tremendously sad day for me and my family,” Spalding, now farm manager at Summer Wind Farm. “When I met them, I was out of work. He gave me a big chance in life, and I enjoyed our relationship and really miss our relationship. He was a very special person, I've never met anyone like him before. He was such a big presence in Houston.”

A noted philanthropist, McNair was a frequent contributor to projects in the Greater Houston area and has donated millions of dollars to a variety of institutions. In 1989, he and his wife established the Robert and Janice McNair Educational Foundation to benefit financially challenged students in Rutherford County, NC, where he attended high school. The Robert and Janice McNair Foundation was established in 2015 and has helped to create centers for entrepreneurship at several universities.