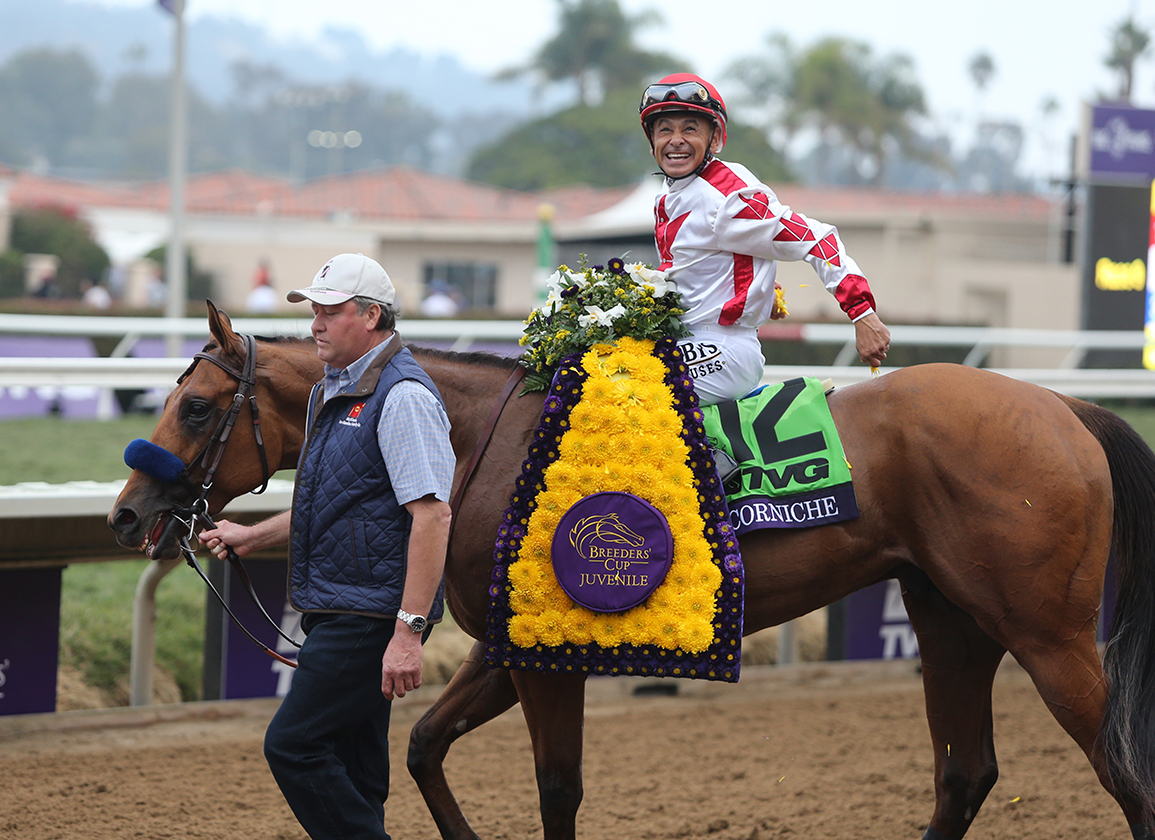 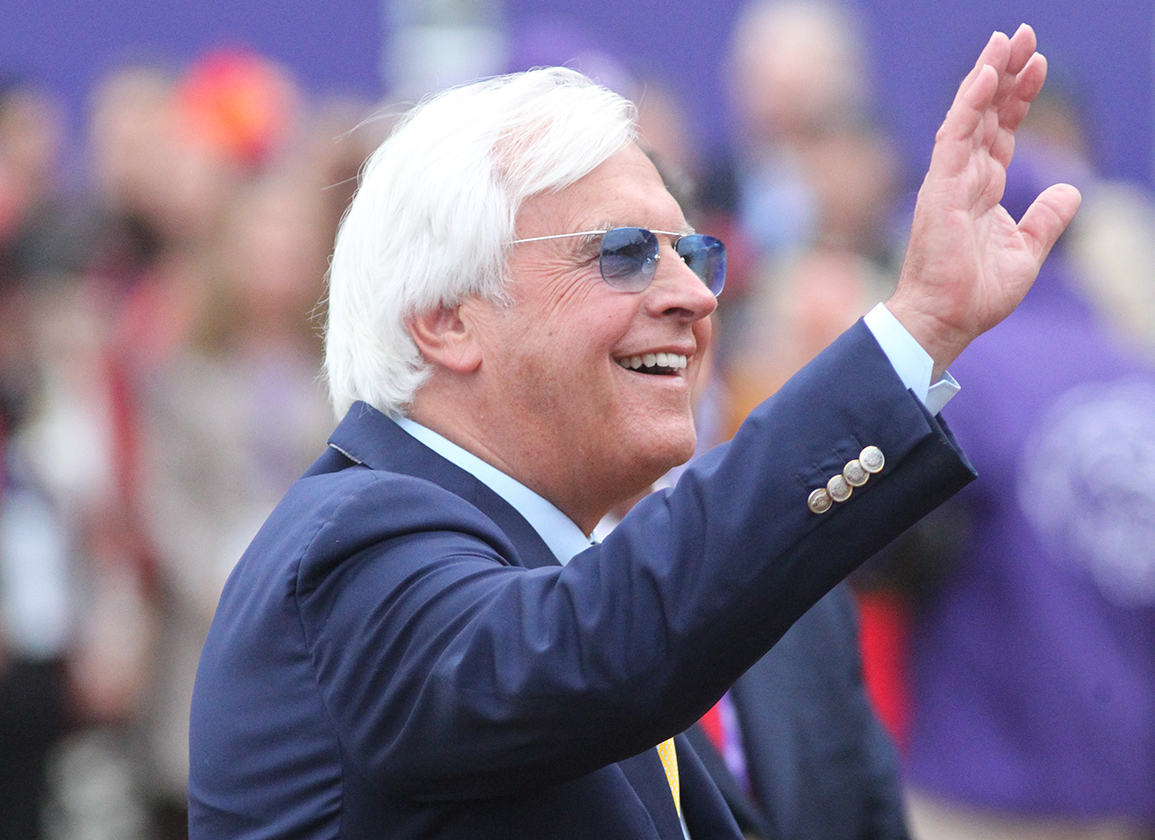 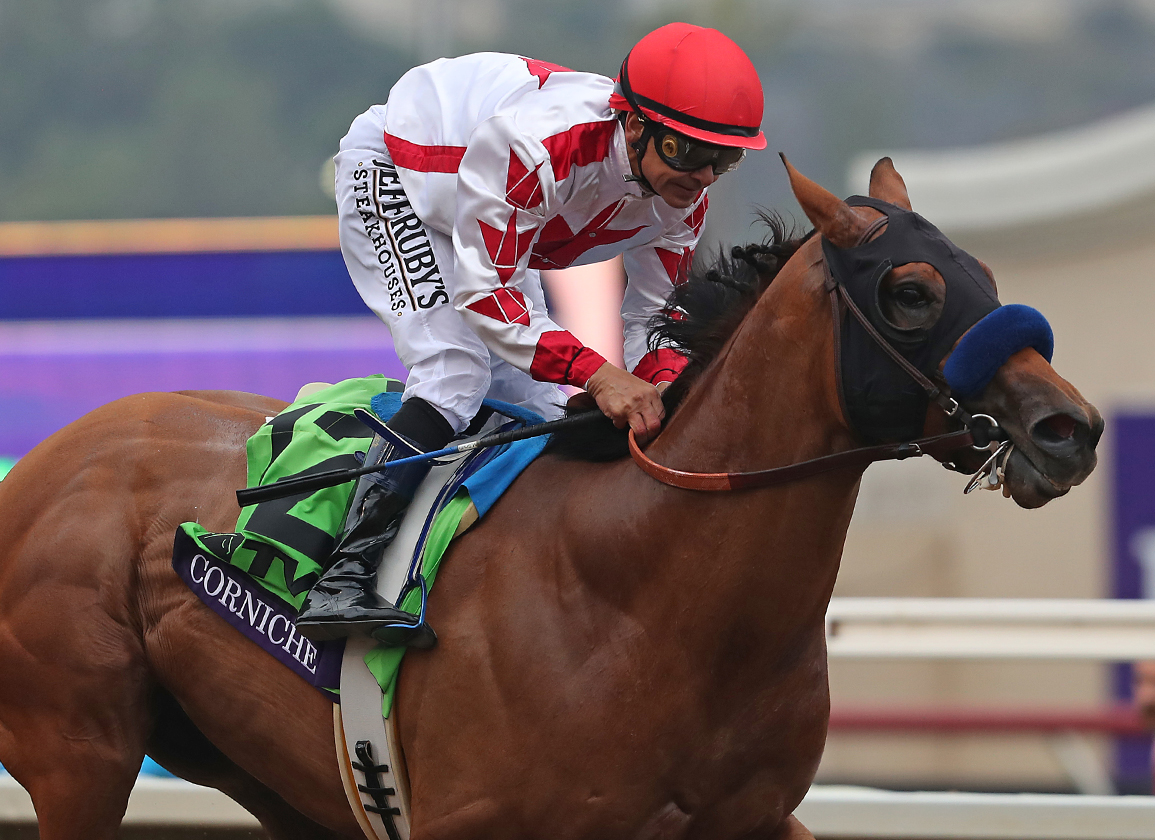 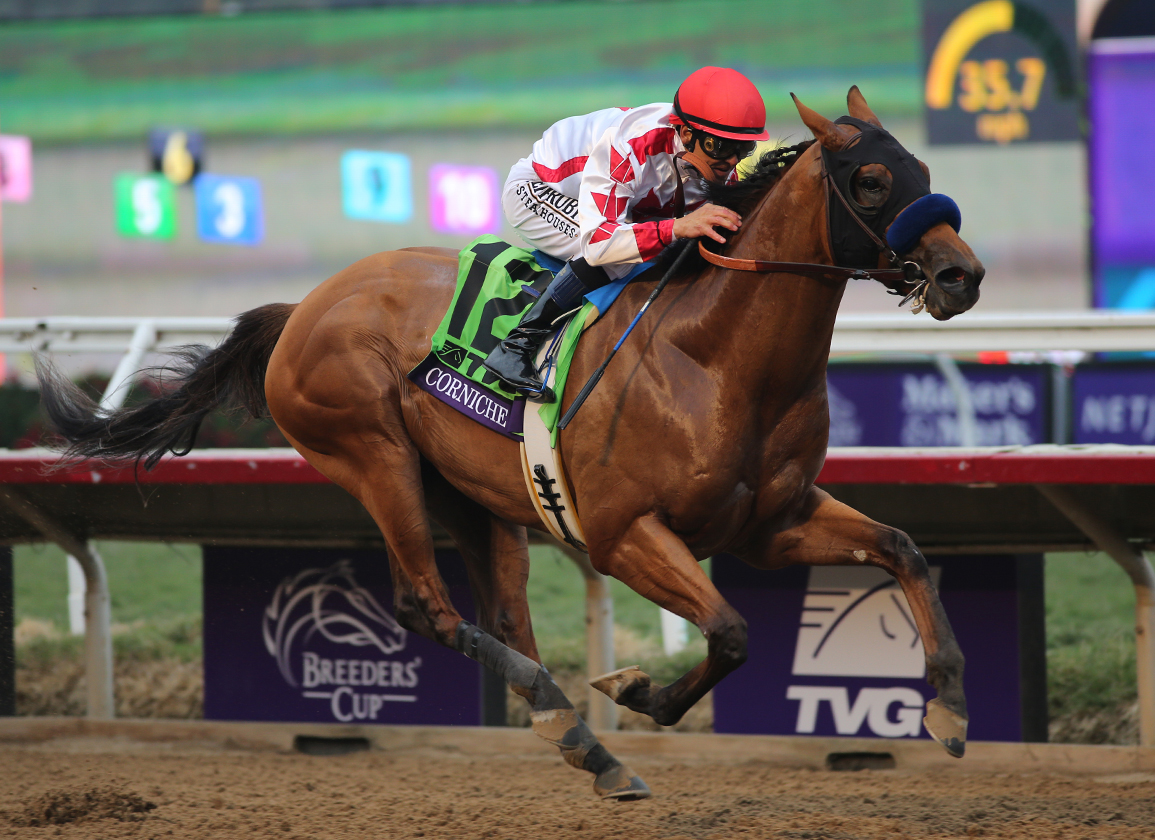 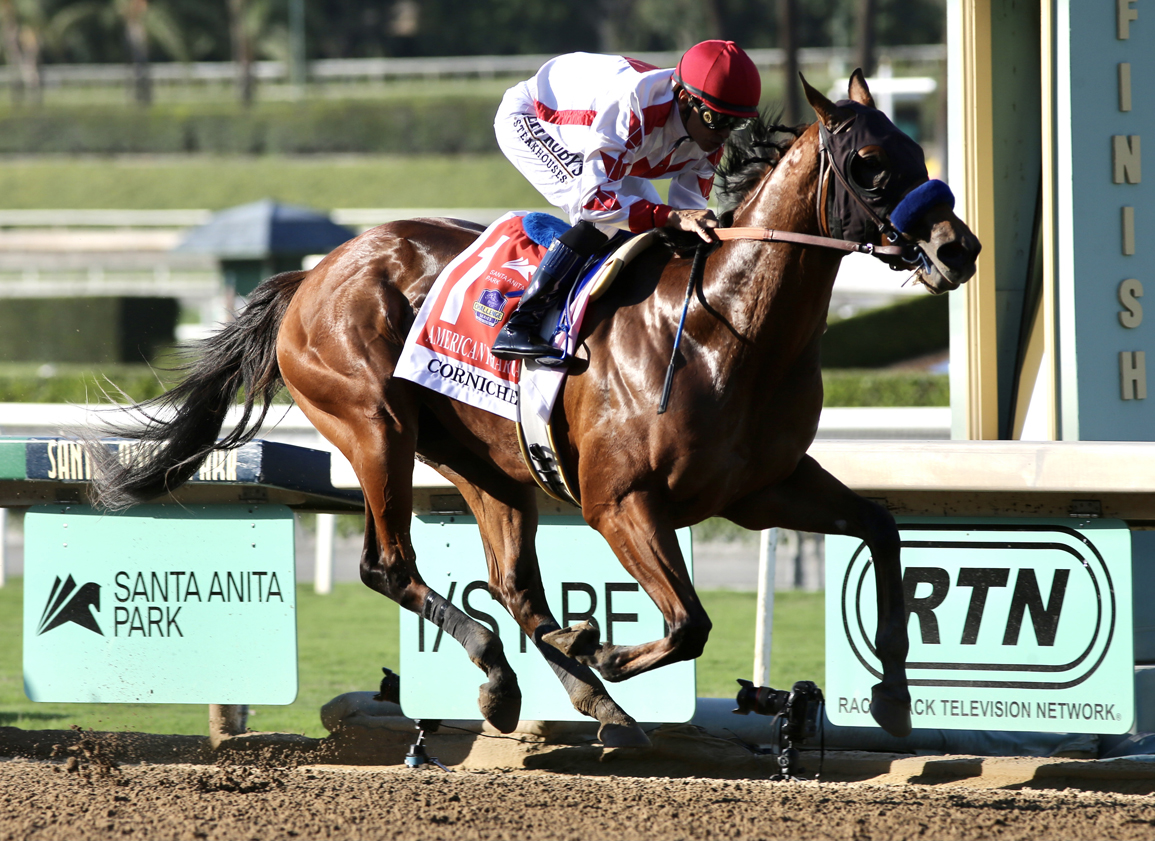 Corniche was an undefeatable front-running force who cuffed around his peers at age two up to 1 1/16 miles. But he has yet to begin serious training for his sophomore campaign, and the looming confrontation over trainer Bob Baffert's banishment from Churchill Downs coupled with the inability of his entrants to earn Derby qualifying points is casting an unwelcome shadow over this Quality Road colt's highly anticipated return. Corniche's GI Breeders' Cup Juvenile wire job is the race that will almost certainly earn him divisional championship honors. But you have to consider the fortuitous circumstances that played in his favor prior to that race–namely, the vet scratch of the morning line favorite, fellow 'TDN Rising Star' Jack Christopher (Munnings), who was the only other pure speed threat in the Juvenile. In addition, it's worth noting that the GI Juvenile Fillies run two races earlier that day produced a same-distance final clocking .26 seconds faster than Corniche's performance. This colt's GI American Pharoah S. score Oct. 1 might have actually been a better, stronger effort–he led under constant pressure, swatted away two legit challengers on the turn, and that race yielded two next-out stakes winners, a MSW winner, plus the runner-up in the Juvenile. 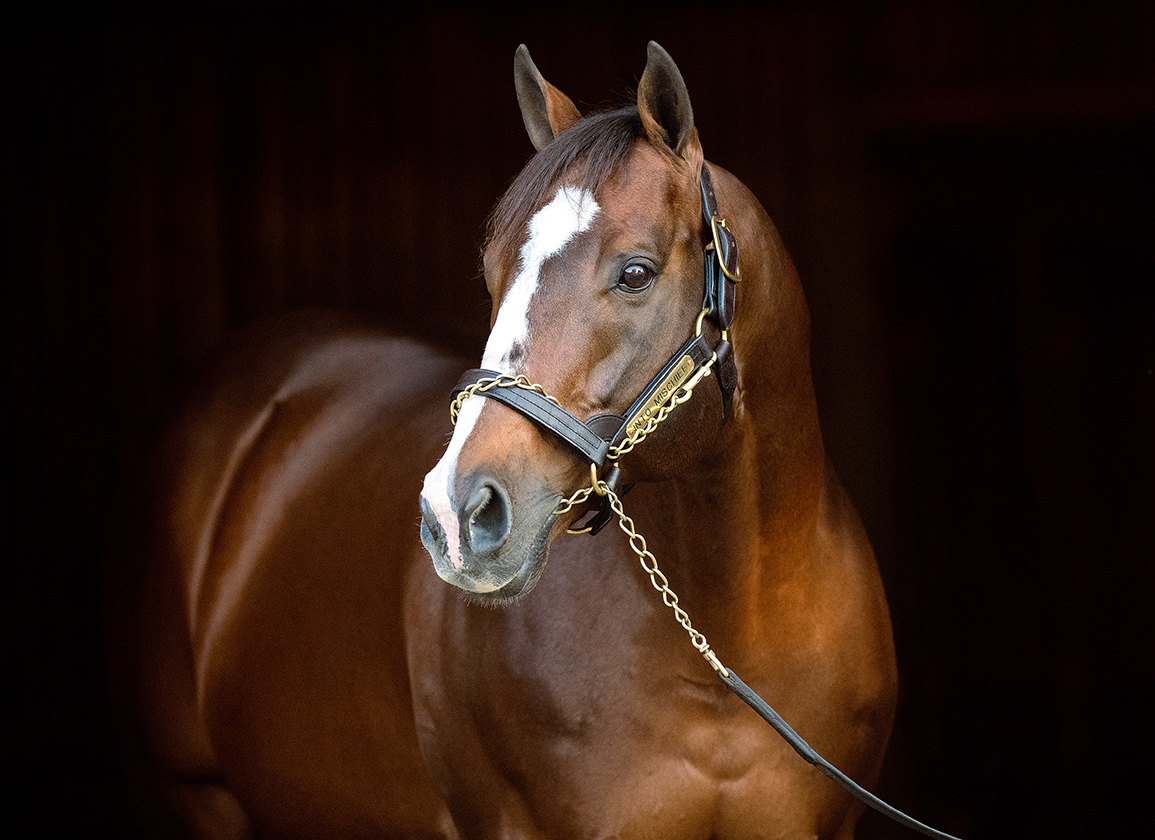 This Side Up: A Good Life, If Luck Will Be a Lady 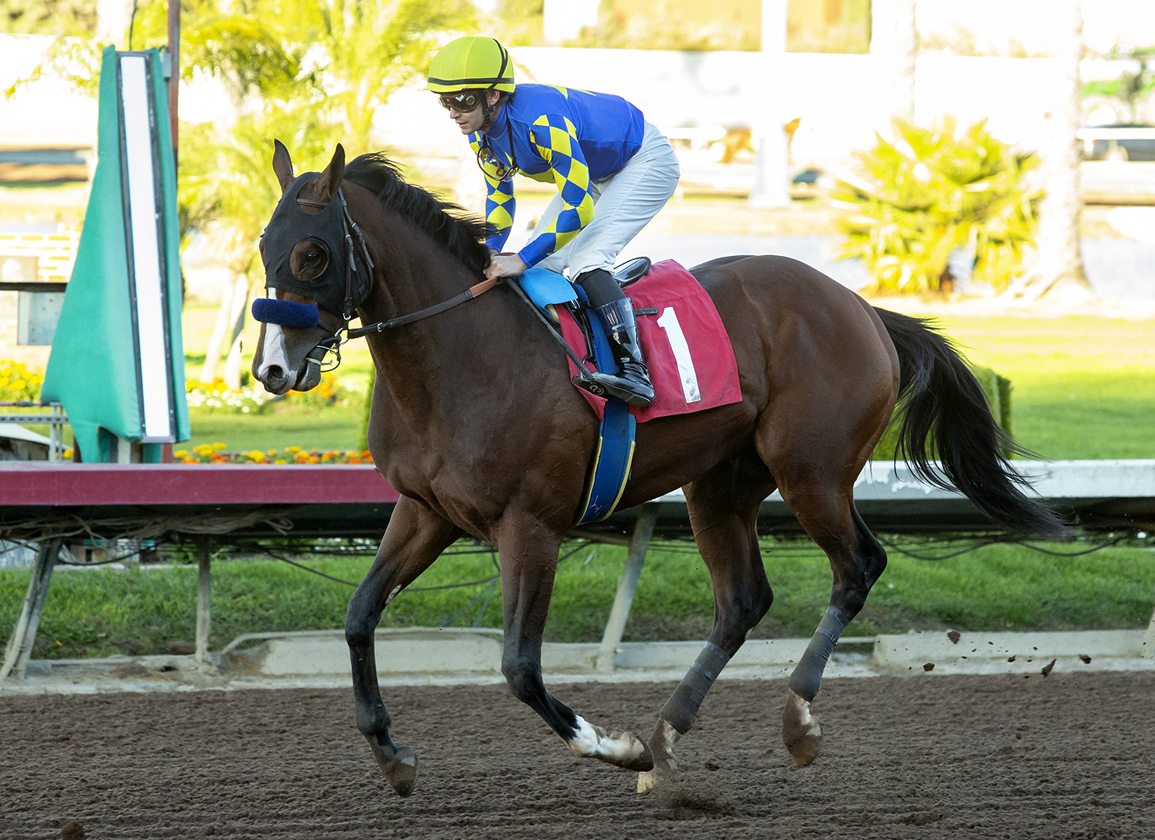 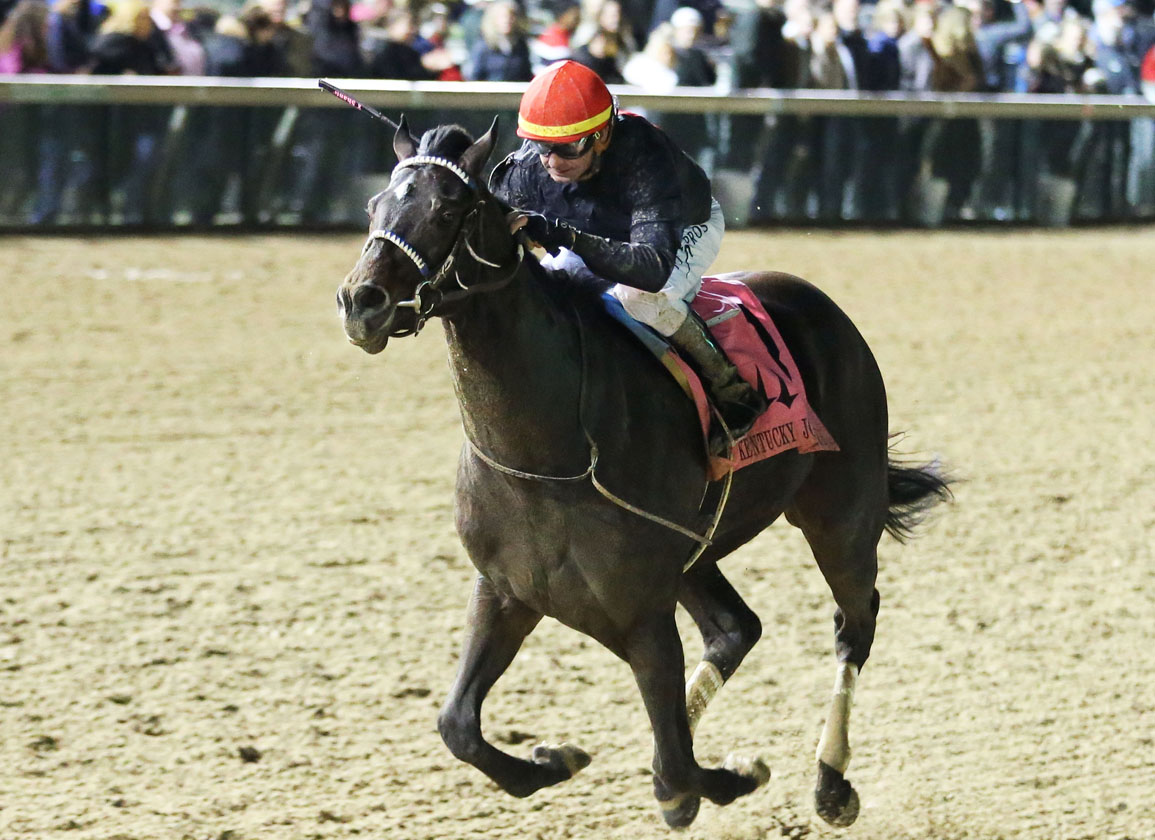 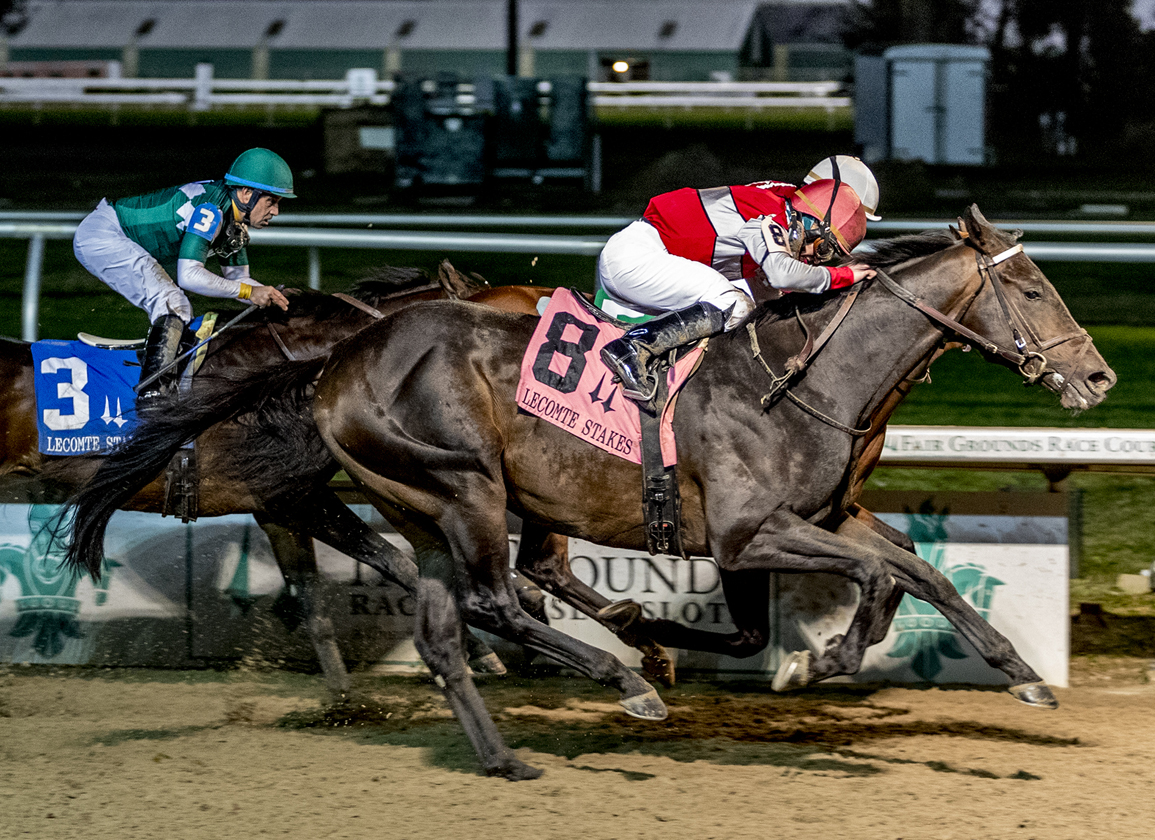 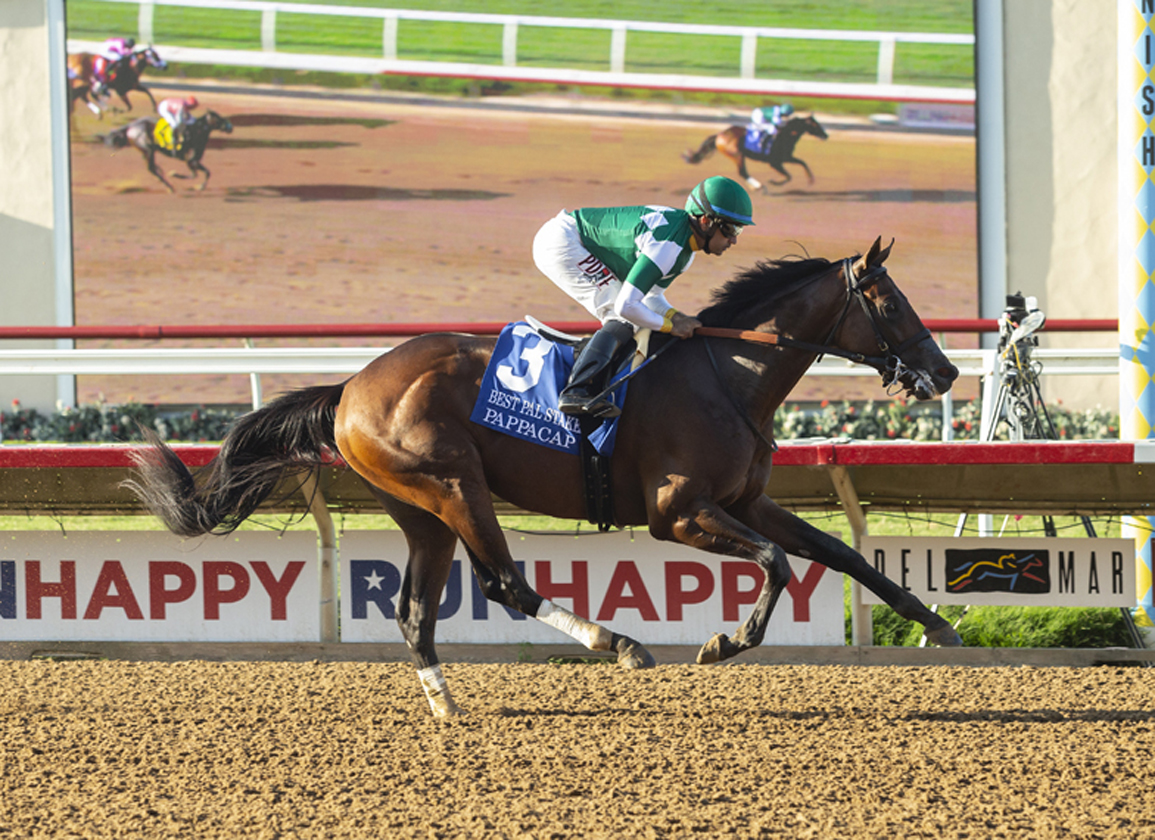