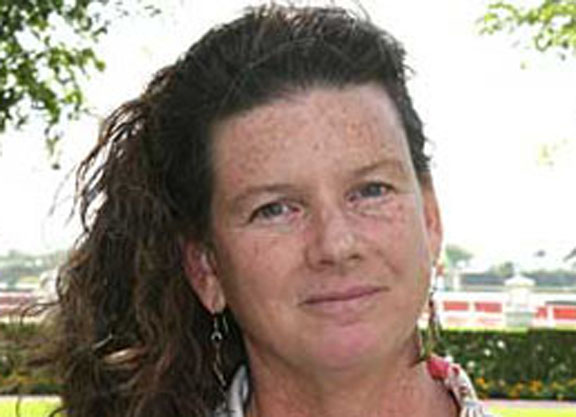 Further addressing subjects broached during Tuesday's launch of the Thoroughbred Safety Coalition, the Racing Medication and Testing Consortium (RMTC) board gave its approval to additional regulations and stacking prohibitions, along with the corresponding threshold and penalty recommendations, for non-steroidal anti-inflammatory drugs (NSAIDs) and intra-articular injections.

As indicated Tuesday at Keeneland, the recommended Restricted Administration Time policy for all NSAIDs is 48 hours. The current threshold is between 24 and 48 hours pre-race for a single NSAID, with all others discontinued 48 hours in advance. The detection of more than one NSAID would constitute a 'stacking' violation in addition to separate violations associated with the detection of each additional NSAIDs.

“The administration of multiple NSAIDs is a welfare and safety concern for our equine and human athletes,” said Dr. Rick Arthur, RMTC Scientific Advisory Committee (SAC) member. “The adoption of the restricted administration time essentially aligns us with international standards and eliminates the co-administration of NSAIDs prior to a race.”

The RMTC board also affirmed the position of the SAC that additional constraints on intra-articular injections are warranted, including a mandatory 14-day stand-down period following all IA injections, as well as a prohibition on stacking of corticosteroids in which the detection of more than one corticosteroid would be a violation. This would bring the U.S. in line with Europe, where a 14-day stand-down is the rule.

Dr. Mary Scollay, the COO and Executive Director of the RMTC, said the organization will help horsemen with expanded withdrawal guidance for NSAID and corticosteroids.