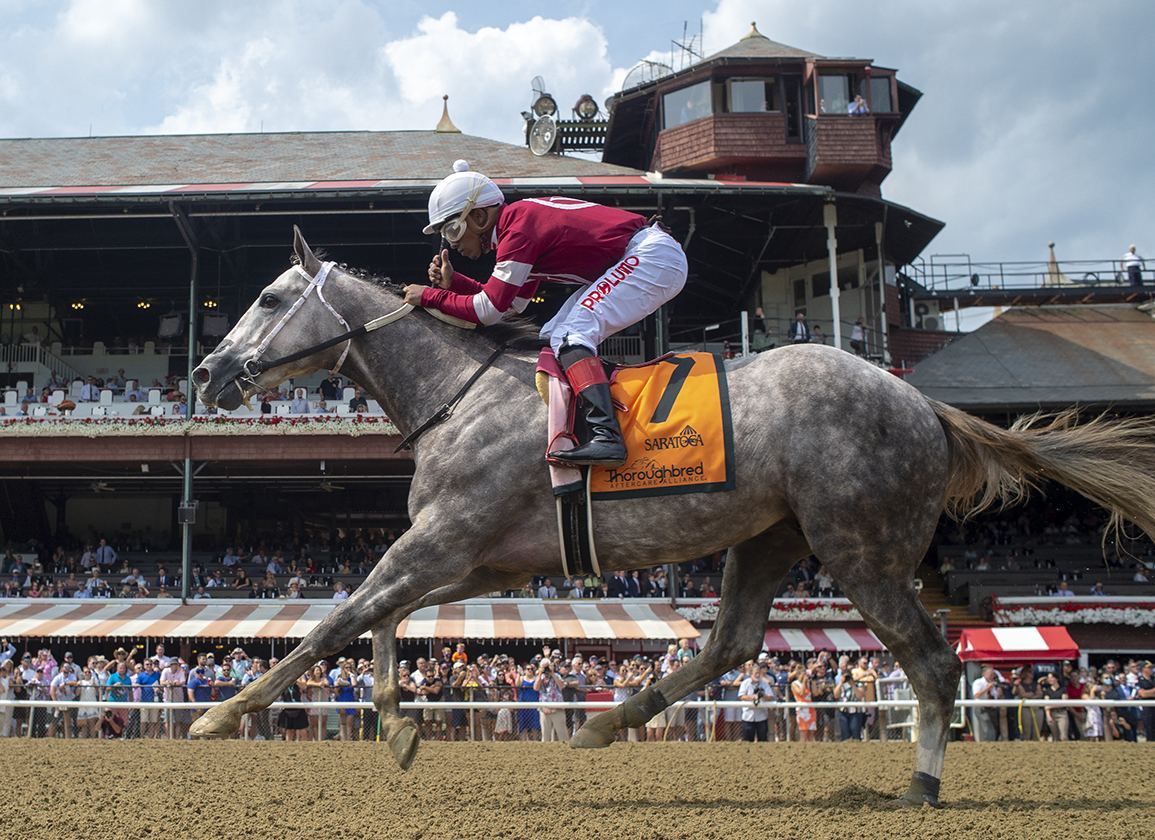 L and N Racing and Winchell Thoroughbreds' Stellar Tap (Tapit) wowed spectators with a TDN Rising Star-worthy performance at Saratoga Aug. 7 and will try to prove that it wasn't a fluke in Saturday's GIII Iroquois S. at Churchill Downs. Out of a half-sister to GISW Nereid (Rock Hard Ten), the $250,000 KEESEP graduate showed early speed for trainer Steve Asmussen navigating seven furlongs in his debut and turned on all boosters late, drawing away to score by 5 1/4 lengths over Keepcalmcarryon (Union Rags), who won at that venue next out Aug. 26. With his debut victory, the grey gave his Hall of Fame trainer his North American record-breaking 9,446th career win. Stellar Tap arrived at Churchill Downs this past Tuesday from Saratoga. Ricardo Santana Jr. reunites with the colt Saturday.

Also facing winners for the first time off a win at the Spa is WinStar and Siena Farm's Major General (Constitution). Sent off as a part of a favored entry for the connections Aug. 21, he was on the engine through most of the 6 1/2-furlong event, and despite a few bumps along the way, held on for a neck victory. Accompanied by Luis Saez in his debut, the dark bay joins up with Javier Castellano this time. The Todd Pletcher trainee, who worked a swift five furlongs in 1:00.6 over Saratoga's Oklahoma track Sept. 11 (3/10), was scheduled to arrive in Kentucky Friday.