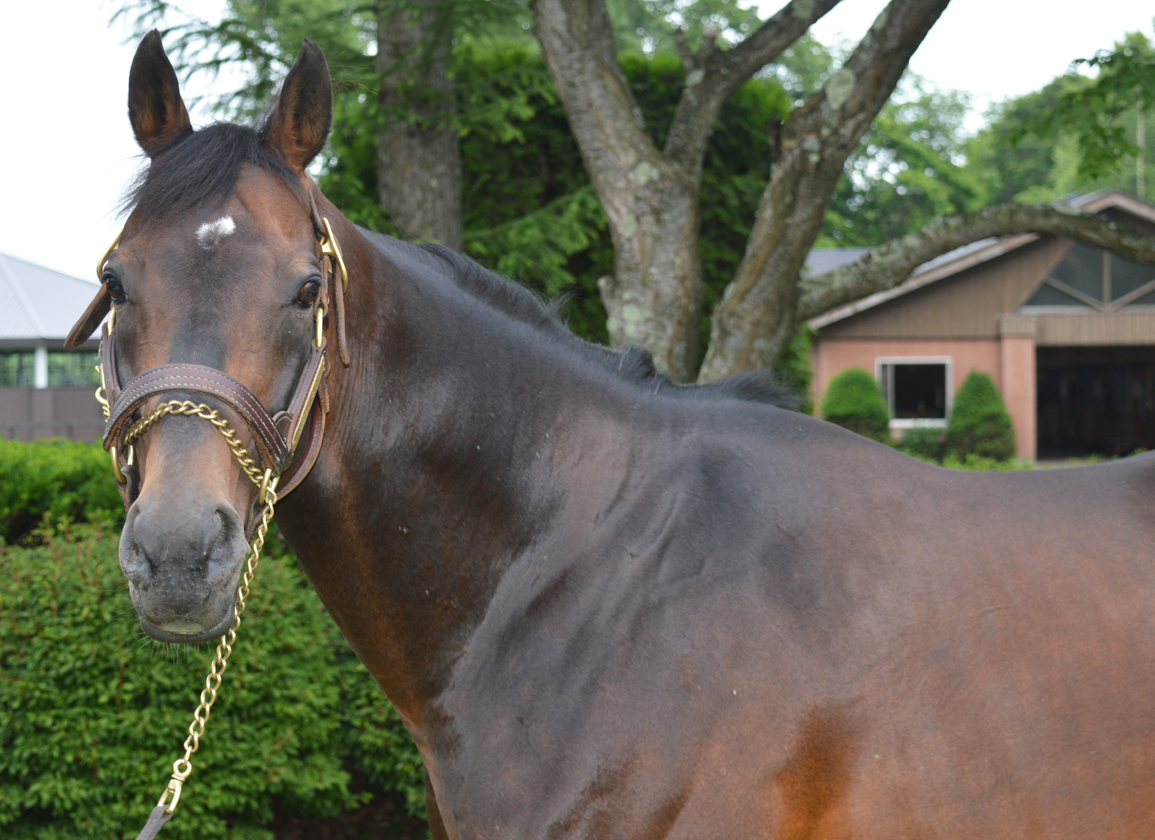 Less than an hour after Profondo (Aus) stamped his authority on the G1 Spring Champion S. at Randwick at just his third career start, 'TDN Rising Star' Command Line (Jpn) (Deep Impact {Jpn}) followed suit in the G3 Saudi Arabia Royal Cup (1600mT) at Tokyo Racecourse in his second trip to the races and first appearance graduating stylishly over the course and distance June 5.

Sent off the marginal favorite in advance of Sternatia (Jpn) (Lord Kanaloa {Jpn}), a half-sister to Group 1-winning miler Stelvio (Jpn), the athletic colt was allowed to find his feet beneath Christophe Lemaire and settled in fifth position of the seven runners, but noting that longshot Lord Reliable (Jpn) (Harbinger {GB}) was galloping them along at a walking pace, the Frenchman slipped Command Line a bit of rein and the duo advanced be second through an opening half-mile in :50 flat. Settled nicely in spite of the moderate tempo for the run around the turn, Command Line was held together into the long straight, was felt for with a bit more than 300 metres to travel and outsprinted Sternatia to the line, then galloped out powerfully. Stunning Rose (Jpn) (King Kamehameha {Jpn}) made it a clean sweep for the Sunday Racing colours and breeder Northern Farm.

While Profondo was becoming the 52nd top-level scorer for Deep Impact in Sydney, Command Line took the late sire's tally to 178 black-type winners and 144 graded/group winners.

A $72,000 purchase by Kim Valerio and Michael Dubb at Keeneland September in 2013, Condo Commando, the 'splash-tastic' winner of the 2014 GI Spinaway S., is a daughter of MGSW Yearly Report who is also the dam of MGSP Checklist (Gone West). Command Line is the third foal from Condo Commando, who was acquired by Katsumi Yoshida for $1.5 million at the 2015 Fasig-Tipton November Sale. Unsurprisingly, the mare's first cover was the legendary Shadai stallion and the result was Al Jannah (Jpn), who fetched nearly $1.5 million as a foal at the 2017 JRHA Select Sale and who has since placed four times at group level. The 3-year-old full-sister, Torre de Mando (Jpn), is a maiden winner from seven runs and Condo Commando is the dam of a yearling filly by Heart's Cry (Jpn) and a weanling Lord Kanaloa (Jpn) filly that was hammered down for $761,188 at this year's foal sale.