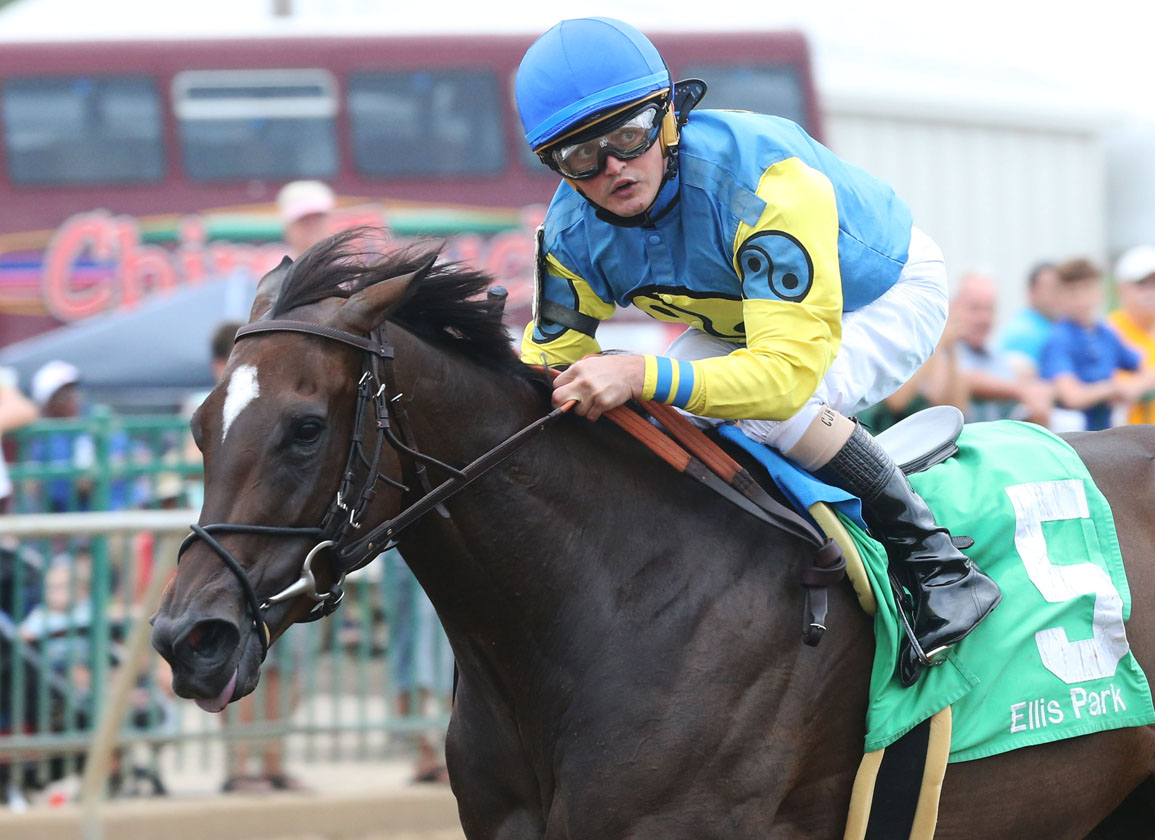 'TDN Rising Star' Carribean Caper took the next step Sunday to earn her first stakes win and fourth victory overall from as many trips to the post. An eight-length romper at Fair Grounds Feb. 13, the dark bay had an easy time with first-level optional claiming foes at Keeneland Apr. 2, and resurfaced from a freshening to clear another condition here July 10. Favored in the wagering over formidable foe Magic Quest–who had run faster than Carribean Caper in her last two, both wins–she tugged her way up in between foes while hard held and was eventually given her head to move up to Magic Quest's right flank after a :23.43 quarter. Ratcheting up the pressure after a :46.26 half, she hit another gear in the final furlong to inch clear.

The winner, who was an $825,000 in utero purchase at Keeneland November, has a 2-year-old half-sister named Bombdiggity (Into Mischief) who was a $600,000 KEESEP yearling; a Tapit yearling half-sister who brought $990,000 at Fasig-Tipton Saratoga last Monday from West Point Thoroughbreds, Scarlet Oak Racing and NBS Stable; and a foal half-brother by Quality Road. Dam Checkupfromzneckup, who hails from the extended female family of A.P. Indy, was bred back to Quality Road for 2022.