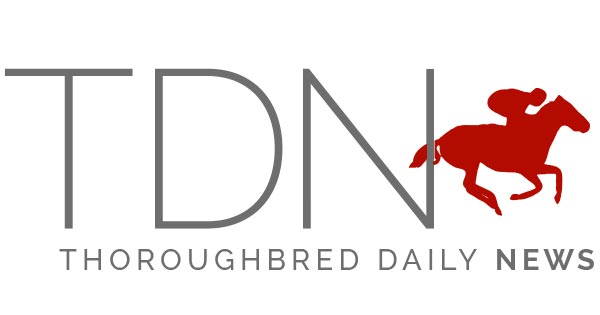 A California federal judge on Monday dismissed three of the four causes of action in a civil lawsuit filed by tracks owned by The Stronach Group (TSG) against the online fantasy gaming site DerbyWars. But the court order gives the plaintiffs “leave to amend,” meaning the TSG tracks have 14 days to reformulate portions of the lawsuit and address structural deficiencies in their arguments.

The most potentially damaging cause of action, which alleged violations of the Racketeer Influenced and Corrupt Organizations Act (RICO), was one of the counts dismissed by United States Central District Court of California Judge S. James Otero.

The judge did not address the section of the complaint pertaining to alleged violations of the Interstate Horse Racing Act of 1978, which is based on TSG's assertion that DerbyWars is “indisputably a form of wagering” operating without the proper federally mandated consents.

The judge also denied a DerbyWars' motion to strike TSG's requests for damages.

“From the beginning, it was our opinion that their case did not have any merit,” said Mark Midland, the founder Horse Racing Labs, which is the parent company of DerbyWars.

But Midland said his company isn't celebrating the court's decision just yet because of the “leave to amend” stipulation within the order and the fact that other aspects of the lawsuit remain in play.

“I'm trying to get an update from our legal team. They were definitely happy with this result,” Midland said. “But it's tough to say [what it means overall], especially because of this 14-day window. It's sort of like the 'inquiry' light is still up on the tote board.”

Scott Daruty, a California-based TSG executive who has spearheaded the move to regulate fantasy gaming within the racing industry, was emphatic that the case is far from over.

“There were motions brought on some of the claims, but not all of them,” Daruty said. “We'll go back and amend them. Without getting into all the legal mumbo-jumbo, this doesn't eliminate the lawsuit in any way, shape or form. It's still continuing. Perhaps not with every single claim we made originally, but there's still plenty of basis in our opinion.”

The DerbyWars/TSG court battle has been widely viewed as a test case to determine the legality of fantasy and tournament-styled online gaming based on horse race results.

Of the suit's four causes of action, the RICO allegations were widely considered the most potentially devastating to the five-year-old DerbyWars, because civil RICO victims are entitled to be paid mandatory triple damages.

But if TSG intends to reformulate the RICO portion of its argument, it will essentially have to convince the court that a pattern of illegal behavior by Derby Wars has caused its tracks harm. In his order, Otero wrote that “Plaintiffs have not established that Defendant's actions have caused the losses suffered by Plaintiff.”

Here's how the judge explained it further:

“Plaintiffs allege monetary losses because customers are placing bets with DerbyWars rather than with Plaintiffs. Plaintiffs, however, fail to account for other reasons why customers may place wagers somewhere other than at a race track…Plaintiffs essentially assume, without adequate support, that customers who place bets on DerbyWars, or participate in fantasy sports betting in general, are the same customers who, but for the existence of fantasy sports betting websites, would have otherwise engaged in legal pari-mutuel gambling. This is not necessarily true.”

Opponents of fantasy-style gaming have claimed that sites like DerbyWars usurp the racing industry's product without directly contributing to its revenue stream. Proponents of fantasy racing have consistently framed the entry-fee based tournaments as a means to market the sport while growing interest and educating customers–and another section of Otero's order seems to agree with that assertion.

“Without more information in the Complaint, it is even possible that fantasy sports betting even expands the horse race betting customer base, by promoting interest in the sport,” Otero wrote. “This, in turn, would benefit Plaintiffs.”

Like with most complex civil lawsuits, simultaneous negotiations have been ongoing to try to reach some sort of agreement before a final ruling is imposed by the court. But Midland and Daruty both acknowledged discussions have quieted of late.

“We are still talking. It's been a couple weeks. But we've made it very clear we are willing to contribute to all racetracks,” Midland said.

“We talked about going forward, a structure for how much they would pay for the signals,” Daruty said. “But those [talks] have not concluded because they basically didn't want to pay anything for any of the past damages.”

Daruty continued: “Ultimately, we're going to pursue this until the court says we're right. And if the court says we're wrong, then we'll have to rethink a lot of things about our business, because it might be possible to start a wagering operation without paying any racetracks or horsemen any money. And that's obviously a big problem.”