Revised Plans for Guineas, Derby and Oaks Remain on Course 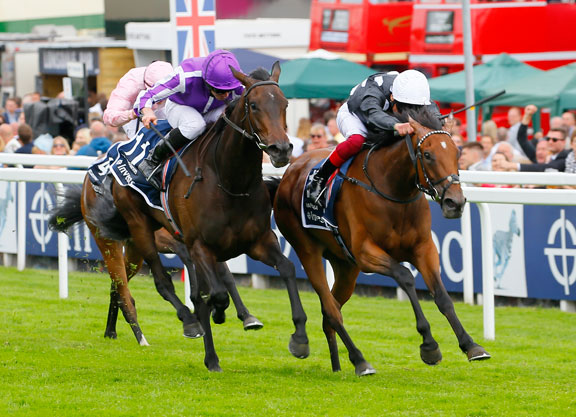 In its latest update on Wednesday, the British Horseracing Authority’s Flat Pattern Committee revealed that plans remain for the G1 2000 Guineas and G1 1000 Guineas to be staged on June 6 and 7, respectively, while the G1 Investec Derby and G1 Investec Oaks are both set for Saturday, July 4. The G1 Eclipse S. will take place on July 5, and Royal Ascot remains on its original dates of June 16 to 20, though some changes to the order of races “will be confirmed as soon as possible.” The update also noted that pattern and listed races will be open to international runners when racing returns.

A provisional programme for the first seven days of non-pattern races after returning was published on May 7, and the committee said further details for that time period and a plan for the second seven days will be released later this week. The aim is to provide at least one pattern or listed opportunity covering the key distances for 3-year-olds and older. The schedule will also include a number of novice and conditions races for 2-year-olds to give them an opportunity to have a run before Royal Ascot.

An exact timetable for the return of racing remains subject to an agreement with government and the provisional plan may yet require adjustment. Following the British government’s release of a potential timeline for the resumption of sports on Monday, it is acknowledged that racing in Britain will begin again no sooner than June 1.

Races to be run between 3 June and 4 June

Races to be run on Friday 5 June

Races to be run on Saturday 6 June

(*Note: Distance change of the Dahlia to 10f)

Races to be run on Sunday 7 June