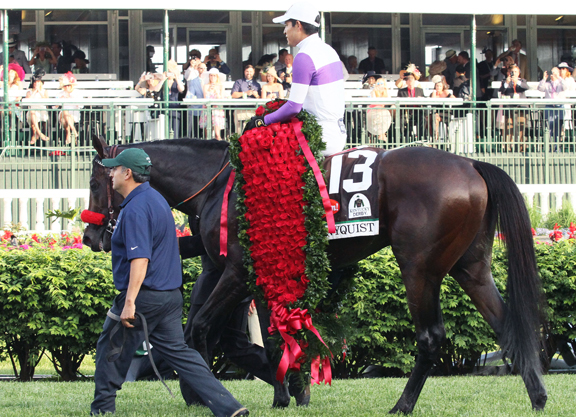 Despite one of the best racing cards of the year on tap for Saturday at Belmont, those who purchased tickets before the GI Preakness S. hoping to see demand soar with Nyquist attempting a Triple Crown sweep have instead been forced to offer their tickets at discounts far below face value after the GI Kentucky Derby hero went too fast early and settled for third at Old Hilltop.

As of late Tuesday afternoon, a total of 3,733 Belmont Saturday tickets were still being offered for sale on stubhub.com, virtually all at serious markdowns.

Of those tickets, 113 were available for the Garden Terrace Restaurant at as low as $264.23–they were sold before the Preakness for around $500 each, and it’s highly unlikely that all 100+–or maybe even most–will ever actually sell before race day.

According to information from SeatGeek.com, tickets in the second floor grandstand preferred section on the Monday after American Pharoah’s Preakness victory last year were being offered for an average of $647. Tuesday, a spot in that same area would have cost you as little as $50.

The situation appears equally dire for the resellers on eBay. Most listings on the auction site have received no bids or very low bids, but it’s not lack of trying by those looking to get out on their investments.

“This is where the cheering reaches a crescendo!” practically pleaded one seller of a pair of seats in section 3NU.

Another desperate soul offering up one Garden Terrace spot lures potential buyers with the opportunity to “watch Nyquist go for the Triple Crown in style” while boasting that the ticket comes complete with “access to betting windows and restrooms for the day.”

While the New York Racing Association did save resellers from themselves to an extent this year by limiting Belmont ticket purchases to 12 per household, two policies have added further insult to injury for those looking to recoup what they can. 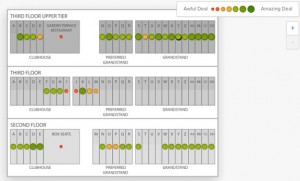 According to SeatGeek.com, there are plenty of good or “amazing” deals still available on Belmont seats

For one, the majority of Belmont tickets–and all of the more expensive ones–were sold only in print form without the option or ability to receive e-tickets. This means that all ticket sales on sites like Stub Hub and eBay must be completed earlier in the week than they would normally to allow time for shipping. One cannot simply wake up the morning of the Belmont, decide to attend, purchase a ticket online and present it at the gate on their phone.

And if it’s that hard to sell a ticket for a day of racing like Saturday, imagine how hard it is to unload one for Friday.