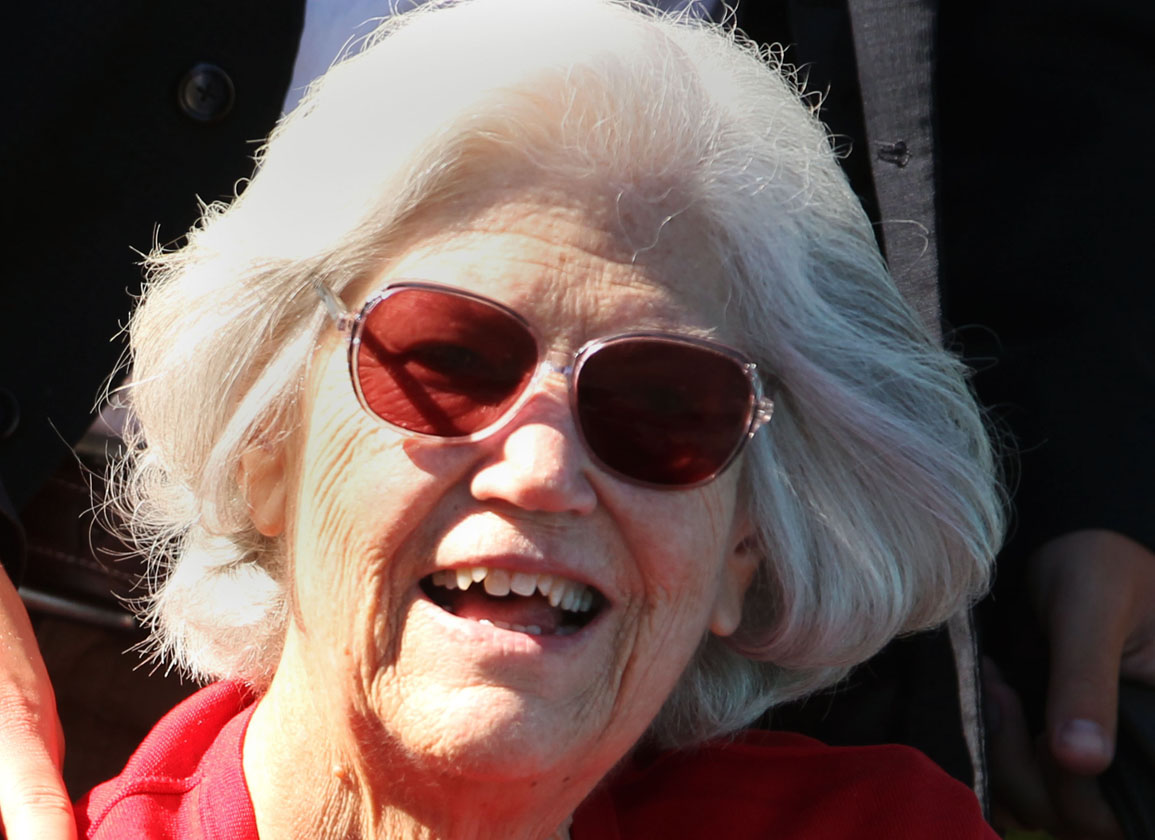 Sarah Ramsey, who partnered with her husband Ken to become one of the leading owners in the sport, passed away Sunday at the family's Ramsey Farm, the Blood-Horse has reported. She was 83.

Sarah Ramsey was a native of Artemus, Kentucky, and often went by the nickname Kitten. Originally, the Ramsey horses raced separately, under Sarah or Ken's name. Her first horse was Kitten's First and the best horse ever campaigned by the Ramseys was Kitten's Joy, the 2004 Eclipse Award male turf winner. That year, the Ramseys also won the Eclipse Award for the sport's top owner.

The couple dabbled in ownership starting in the sixties before greatly expanding their operation in 1994 when purchasing the former Almahurst Farm, renamed Ramsey Farm. They got into horse ownership and breeding after investing in the nascent cell phone business. They sold their cell phone franchise for $39 million.

The Ramsey operation, which has been downscaled since its prime, remained atop the sport for nearly two decades. They also won the Eclipse Award for top owner in 2011, 2013 and 2014. They hold the record at Churchill Downs for most leading owner titles in the history of the track, with 28 titles, and the record at Keeneland, with 18.

In 2007, Sarah Ramsey suffered a stroke and was wheelchair-bound for the rest of her life.