Red Falx Tough To Go Past in Takamatsunomiya Kinen 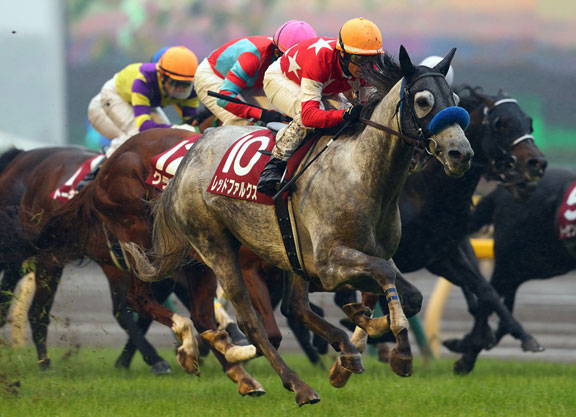 A two-time winner of the G1 Sprinters' S., Red Falx (Jpn) (Swept Overboard) will look to add Japan's other top short-track event when he jumps as the favourite for Sunday's G1 Takamatsunomiya Kinen at Chukyo Racecourse in Nagoya.

“It's too bad he didn't win, but it was a good race, a good sharpener and should stand him well for races to come,” trainer Tomohito Ozeki commented.

Aerovelocity (NZ) (Pins {Aus}) raided from Hong Kong to win the 2015 running of the Takamatsunomiya Kinen and the jurisdiction is represented by the hard-knocking Blizzard (Aus) (Starcraft {NZ}) this time around. A solid fifth in last year's Sprinters', the chestnut was an excellent third in the G1 Longines Hong Kong Sprint two back and a close fifth in the G1 Centenary Sprint Cup Jan. 28.