Record Prize Money in HK For 2020-21, Derby Gets Giant Boost 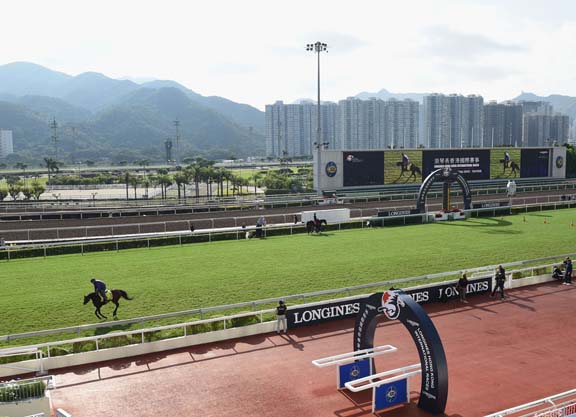 It has been a season of upheaval in Hong Kong, the racing product threatened first by social unrest and then the coronavirus. But for the most part, the Hong Kong Jockey Club has been able to stay the course and Tuesday, it announced across-the-board increases in prize money for the 2020-21 season, including a 20% bump for its domestic centrepiece, the BMW Hong Kong Derby.

“At a time when prize money levels are being cut worldwide, the prize money increases announced by the Hong Kong Jockey Club are very welcome news, and a testament to the strength, resilience and buoyancy of Hong Kong racing, even in these very difficult times,” said Chew Fook Aun, president of the Hong Kong Racehorse Owners Association.

A record HK$1.4 billion (£142.9m/€160m/A$261m/US$181m) will be up for grabs next season over the course of 88 meetings at Sha Tin Racecourse and Happy Valley Racecourse and represents an overall increase of 4.9% over the current season. The Hong Kong Derby, the final leg of the 4YO Classic Series and a race coveted by many Hong Kong owners, will offer prize money of HK$24 million, while the two lead-in races–the Hong Kong Classic Mile and Hong Kong Classic Cup–also see purse hikes of 20% to HK$12 million. Golden Sixty (Aus) (Medaglia d'Oro) became just the second horse to complete a Classic sweep this past March. The Hong Kong Derby will be the world's second-richest Derby, trailing only the Japanese equivalent.

Five of Hong Kong's 12 annual Group 1 races will be contested for prize money of HK$12 million next season, a 20% boost, while the G1 Longines Hong Kong Sprint goes from HK$20 million to HK$22 million, a 10% hike.

“Hong Kong is already home to the world's richest turf races at 2000 metres, a mile and 1400 metres, and, while our Group 1 prize money is strong, we have nonetheless identified a specific need to increase the prize funds for six of our Group 1 races, notably the Longines Hong Kong Sprint (1200m), which regains its status as the world's richest Group 1 turf sprint,” said Andrew Harding, Executive Director, Racing, for the HKJC.

“Hong Kong racing is among the best in the world and part of what makes it such a competitive sports environment is the excellent prize money available from Class 5 right up to Group 1,” Harding said. “Despite the issues associated with the COVID-19 pandemic and the uncertainty in world economies, we will continue our successful strategy of recent years to increase purse levels as necessary in order to reward and encourage our owners and to ensure Hong Kong's elite races are attractive to overseas competitors. This approach has been a core element in Hong Kong being able to maintain its position as a world leader in providing quality horseracing and has enabled us to achieve between 20 and 26 horses in the World's Best Racehorse Rankings for each of the past seven years.”

Three-time champion UK jockey Silvestre de Sousa is a frequent visitor to Hong Kong on short-term contracts, having ridden 14 winners at his most recent stint.

“It was amazing to wake up this morning and read the news about record prize money increases in Hong Kong,” he said. “It just shows how forward-thinking the Hong Kong Jockey Club really are and it's happening against a backdrop when the rest of the world are doing the exact opposite and tightening their belts.”

The Club also announced a bonus incentive for trainers in an effort to increase the quality of horses for the Longines International Jockeys' Championship at Happy Valley in December. The scheme will offer HK$200,000 to the most successful trainer, HK$100,000 to the runner-up and HK$50,000 to third, with points awarded in similar fashion as the jockeys' challenge.