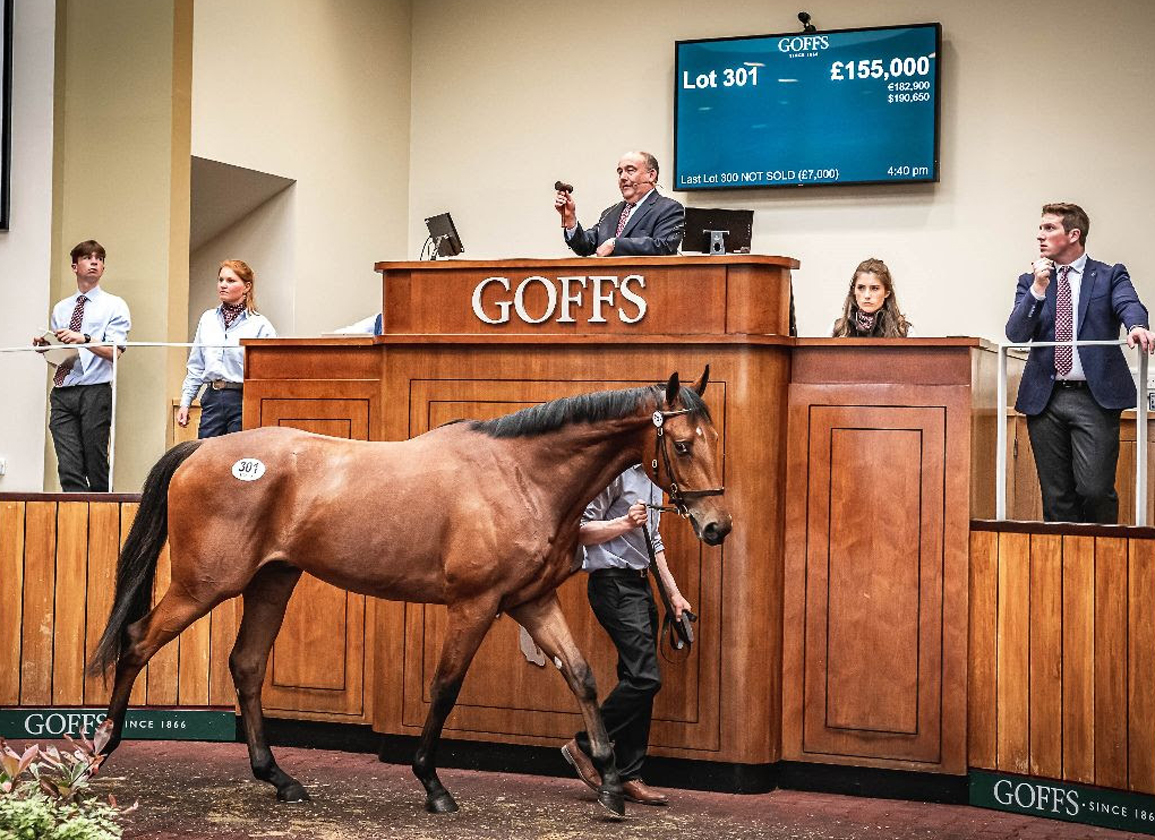 The Goffs UK Spring Store Sale at Doncaster came to a close on Tuesday, and figures were the second highest achieved in the sale's history. Of the five lots that made six-figure sums over the two-day stand, three of them went through the ring during the second session, led by a gelded son of Gris de Gris (Ire) as lot 301. Henriette Knight paid £155,000 for the bay from the Brown Island Stables draft, who is from the same family as the listed hurdler Queen des Places (Fr) (Sabrehill), who has also placed twice at Grade 1 level, as did his half-sibling Allblak des Places (Fr) (Full of Gold {Fr}), who was second in the G1 Spring Juvenile Hurdle.

Lot 184, a son of Getaway (Ger) and representing Oak Tree Farm, was a £140,000 acquisition for Gordon Bloodstock. His unraced dam is a half-sister to multiple Grade 1 winner Binocular (Fr) (Enrique {GB}).

A filly by Kapgarde (Fr) (lot 272) hammered at £110,000 from Jerry McGrath. Hailing from the Goldford Stud consignment, she is out of the listed-placed hurdler Brise Vendeenne (Fr) (Dom Alco {Fr}), herself a half-sister to outstanding multiple Grade 1 winner Vroum Vroum Mag (Fr) (Voix du Nord {Fr}).

Goffs UK Managing Director Tim Kent said, “We have added another successful chapter to the Spring Store Sale's 60-year history and it seems fitting that it was this year that we set a new record top price for a British store with yesterday's £200,000 top price.

“Last year we ambitiously expanded this sale to two top-class days, set new records across the board, and on the back of that, we doubled the prize fund of our bumper to £100,000, making it the richest bumper in the world. We have invested a lot into the sale, it holds an important place on the calendar being Britain's only elite store sale, so to see it maintain the ground it gained last year, whilst setting more new records, is very gratifying and we can look back over the last 12-months and be very pleased with what it has achieved.”