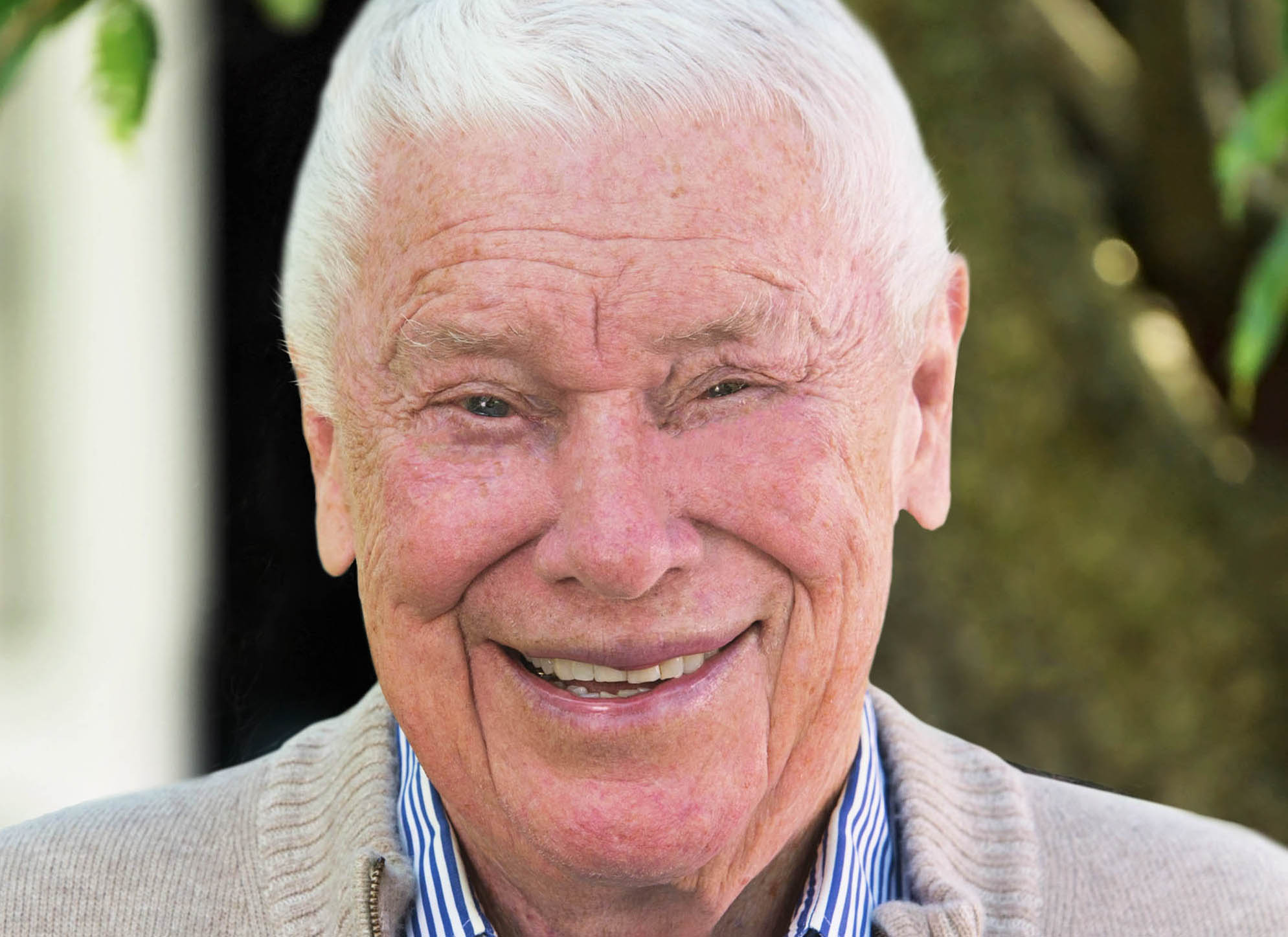 B. Wayne Hughes, the billionaire businessman and philanthropist who resurrected Spendthrift Farm and turned it into one of the leading stallion farms in North America, died Wednesday at his residence on the farm surrounded by his family. He was 87 years old.

Born Bradley Wayne Hughes on Sept. 28, 1933, in the small town of Gotebo, OK, he was known by his middle name since childhood. The son of a sharecropper who fled Oklahoma's Dust Bowl and resettled in California shortly after he was born, Hughes grew up poor in the San Gabriel Valley east of Los Angeles. Winning a scholarship to the University of Southern California, he graduated with a degree in business in 1957.

Climbing the professional ladder in real estate, Hughes had recently opened his own firm when business associate Kenneth Volk, Jr. brought him an idea in 1972 for buying and renting out private self-storage locations in major cities. Hughes and Volk pooled $50,000 together and founded Public Storage, which became an immense success and established Hughes's business empire. The company has grown to a $40-billion valuation and was the foundation for Hughes to expand into other successful real estate ventures.

Despite his fortune, Hughes was well known for sticking with his middle-class habits, eating fast food–SoCal staple In 'n' Out Burger was a favorite–dressing modestly and hanging out at the track he was raised in the shadow of, Santa Anita.

Introduced to horse racing by his father as a young boy, Hughes was involved in the sport for decades as an adult before making his big splash with the purchase of Spendthrift in 2004. The historic farm, which once stood Triple Crown winners Seattle Slew and Affirmed, fell into bankruptcy when the Thoroughbred market crashed in the late 1980s and early 1990s and was sold at a foreclosure auction in 1993. He purchased Spendthrift in 2004 and traded in his residence in California for a life on the farm in Lexington. Hughes quickly began restoring the historic brand and its land, renovating almost all the farm's signature structures and returning Spendthrift to a viable commercial breeding operation.

The farm gradually returned to prominence and has soared in the past decade with the breakout of superstar sire Into Mischief. Spendthrift has also campaigned multiple champions Beholder (Henry Hughes) and Authentic (Into Mischief) in recent years and dominated last year's Fasig-Tipton November Night of the Stars, buying dual champion Monomoy Girl (Tapizar) for $9.5 million as one of several multi-million dollar purchases to pair with Into Mischief and the rest of the farm's ever-growing stallion roster.

Following Beholder's 8 1/4-length victory in the 2015 GI Pacific Classic, Hughes said: “I've had a few good horses in the past, but she is the first horse that makes me feel lucky to be the owner. I've never had that feeling before. I think it's called pride.”

“It's a very, very sad day for me personally, and for racing in general,” said Beholder and her half-brother Into Mischief's trainer Richard Mandella. “He was such a stand-up guy, trying to make the world better, and a lot of fun.”
Mandella, who said he had known Hughes for 25 years, described him as a bastion of old-school horsemanship.

“He was like those old owners who used to come to the track and see the horses train and have breakfast and talk about them–the old school type.”

Asked what memory of Hughes stands out above all others, Mandella sidestepped a carnival of indelible moments with the likes of Beholder. “She had so many days you could pick–the last race she ran in at the Breeders' Cup. The Pacific Classic just took your breath away,” he said.

“But if I had one day to pick, it's when I asked him for a favor for my son,” Mandella said, reluctant to elaborate in detail. “My son had some health problems, and Mr. Hughes did something that nobody else could do.”

Said Hughes after being honored as the 2020 Galbreath Award winner by the University of Louisville: “Thoroughbred horse racing has been a tremendous passion of mine ever since my father took me to the races as a young boy. It's something he and I got to share together, and I've been fortunate to be able to make it a large part of my life and share it with so many that are dear to me. There are few thrills greater than what horse racing can provide, and it is our responsibility to do a better job of improving this great sport so that future generations can enjoy it as much as I have.”

Hughes devoted a considerable portion of his wealth to philanthropy, almost always anonymously and without fanfare. He gave a staggering $400 million to his beloved USC and committed over $100 million more to pediatric cancer research after his 8-year-old son Parker died of leukemia in 1998. During the wildfires that killed and displaced horses in California in 2017, Hughes gave $50,000 to relief efforts and flew in veterinary supplies and volunteers from Kentucky on a private plane.

In addition to his philanthropy, Hughes will be remembered as one of the great, consistently innovative business minds of the last 50 years and a true rags to riches story who found his way to success in nearly everything he tried. His investment in and expert management of Spendthrift has risen the farm from the ashes and restored its legacy while disrupting the industry by continually implementing new ideas on both the breeding and racing sides.

Hughes was preceded in death by his father William Lawrence, his mother Blanche, and his son Parker. He is survived by his wife Patricia, his son Wayne Jr. (Molly); his daughter Tamara, wife of Spendthrift's Eric Gustavson; his grandchildren Kylie Barraza (Pat), Skylar Hughes, Grant and Greer Gustavson; his sister Sue Caldwell and family, Frank, Bill, Allen; and a host of beloved cousins and friends.