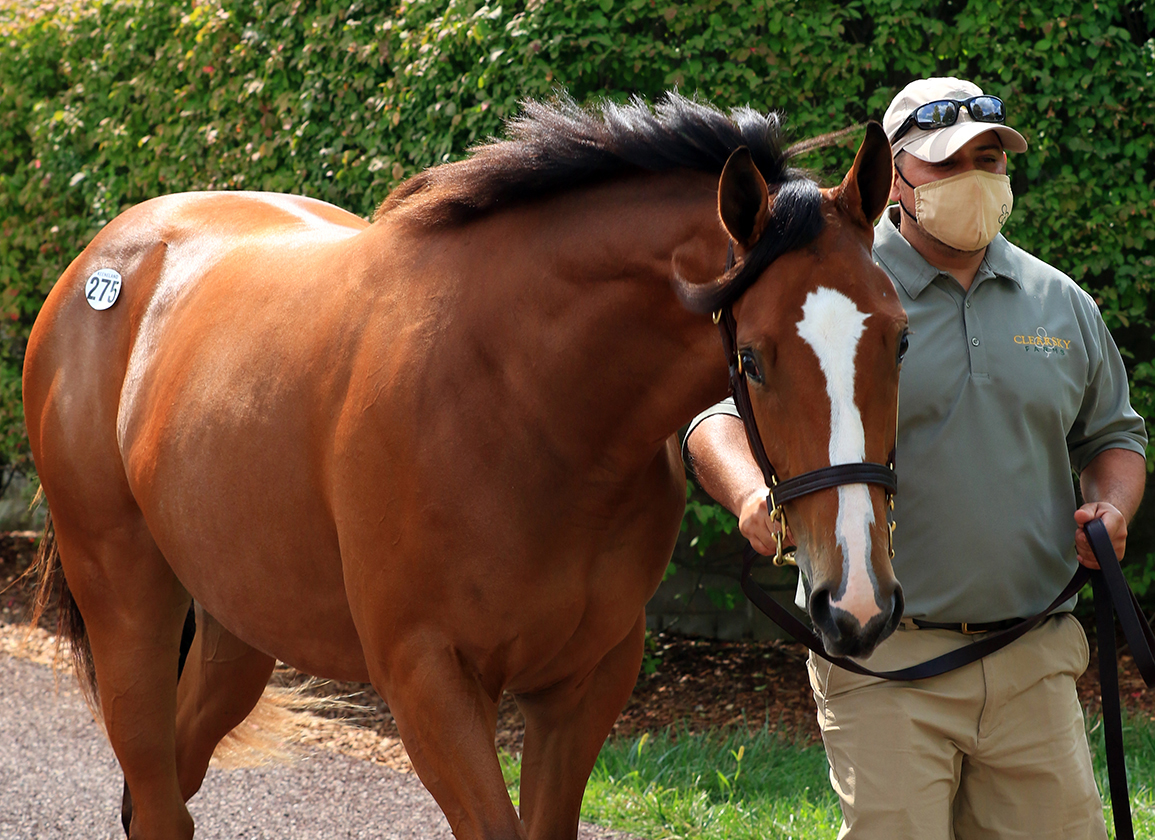 Hall of Famer Shug McGaughey unveils a pair of well-bred newcomers in this salty-looking test. Courtlandt Farm paid $1,025,000 for Adam's Angel (Into Mischief) as a Keeneland September yearling. Out of stakes-placed Mary Rita (Distorted Humor) and bred on the same cross as Practical Joke and Life Is Good, the bay's third dam is the McGaughey-trained Hall of Famer and blue hen Personal Ensign (Private Account). Gainesway Stable and Andrew Rosen, meanwhile, will be represented by $340,000 KEESEP buyback Digital Asset (Tapit). Out of GSW First Passage (Giant's Causeway), she's a half to GSW Berned (Bernardini). Her dam is a half to the dam of this year's GI Runhappy Del Mar Futurity winner Pinehurst (Twirling Candy). This is the family of GISW Harmony Lodge and GSWs Win Crafty Lady, Graeme Hall, Win McCool, Stratford Hill, etc.

Stonestreet Stables LLC's $500,000 Fasig-Tipton Select Yearling Showcase acquisition Favor (Pioneerof the Nile) is out of a winning full-sister to GISW Cross Traffic (Unbridled's Song). Dam Fame and Fortune cost $500,000 herself and could run some–she romped second out over this same track and trip as a 4-year-old before missing out on black-type by a neck around two turns.

This story was posted in Shared News and tagged Aqueduct, Courtlandt Farm, Into Mischief, Pioneerof the Nile, Shug McGaughey, Tapit.