Racing In The French Provinces 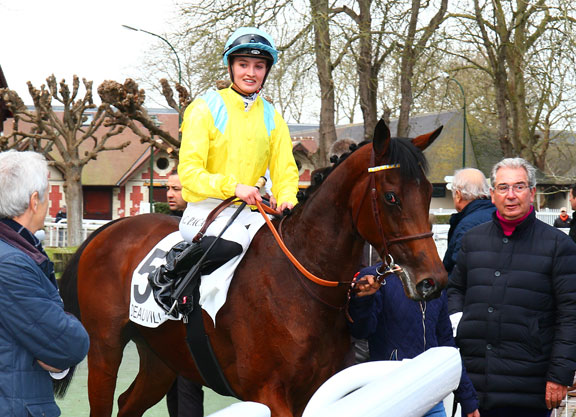 This is the first installment in an ongoing series in which Tom Frary examines racing in the French Provinces and identifies horses to watch.
For so long an act performed in the shadows, racing in the countryside of France is finding in recent times that it is a case of light breaking where previously no sun shone. The advent of videos freely available on France Galop's website is of much help in this regard, but the ascent of powerhouse yards outside Chantilly, like those of Jean-Claude Rouget and Francois Rohaut, have turned a new focus on such courses as Toulouse, Bordeaux and La Teste de Buch.

The racing year gets underway at the sun-kissed Cagnes-sur-Mer, close to Nice, and that has been where the faithful have been over the past two months, creating a niche clique at the venue an hour's walk from Auguste Renoir's villa. A century on from the death of one of France's vanguard painters, the region remains a draw for all lovers of life's finer luxuries, and while the track that has its toes almost dipped in the Mediterranean is not the Grace Kelly of the nation's hippodromes, it is a firm favourite during this bleak season.

As usual, Rouget ruled over all at the end of the six-week venture at the left-handed circuit with generous bends, his closest pursuer being the up-and-coming Fabrice Vermeulen. Christophe Ferland unleashed some nice types, while among the riders, Maxime Guyon excelled ahead of Pierre-Charles Boudot and Cristian Demuro. In sixth with seven wins, one behind Christophe Soumillon, was a name that offers exciting prospects for the future of the sport. That is Coralie Pacaut, the daughter of non-racing connected parents who is making her own way in the hardest of pilgrimages. Having already established her reputation last term, she now has a position with Rouget–for whom she steered What Secret (Ire) (Exceed and Excel {Aus}) to success during the meeting's closing card–and her confidence and tactical nous are blossoming with every crucial riding opportunity.

It was on Gina Rarick's stable stalwart Bleu Astral (Fr) (Astronomer Royal) that Pacaut registered one of those seven wins and the Maisons-Laffitte-based trainer has no doubt as to the rider's potential.

“She's a very good, up-and-coming jockey,” she says. “She's gaining experience and learning to read a race a lot better every time, so she's one to watch.”

Pacaut is one of a clutch of female jockeys gaining credence in France, alongside Maryline Eon, Marie Velon and Mickaelle Michel, thanks largely to the initially over-generous but now more reasonable 1.5kg weight allowance they are handed each time.

“The girls were just not getting the chances before the weight allowance at all and you can't become a better jockey unless you're getting rides,” Rarick explains. “This has levelled the playing field and is just enough to compensate for the lesser upper body strength of women. It's that simple for me and it's been a boon for the women who were riding. We're getting a much higher standard of women riders out of this, but we've got a very long way to go. You have to keep in mind that it's a case of who the owners and trainers want to see on their horses, but now we've given them this break and they've got work to do. They have to really up their game and take the opportunity and some of them are, so that's good.”

Ferland, who first served notice that he was sending some useful 3-year-olds to Cagnes-sur-Mer with the filly Bellariva (Fr) (Myboycharlie {Ire}), who beat a subsequent winner in a 10-furlong maiden on Jan. 14, enjoyed a double there 10 days later with the promising debutantes Jane Spirit (Fr) (Invincible Spirit {Ire}) and Rafiot (Elusive Quality). The former, a daughter of the illustriously bred Coolmore cast-off Jane Eyre (GB) (Sadler's Wells), showed that Invincible Spirit zip throughout and stretched out to win convincingly in what could prove a decent contest. Covering the 10-furlong trip on the Polytrack in 2:03.09, Rashit Shaykhutdinov's homebred descendant of the treble German Group 1 winner Albanova (GB) (Alzao) outperformed the stable's Rafiot by over two seconds. That colt is a son of the G1 Grande Premio Diana (Brazilian Oaks) heroine Viva Rafaela (Brz) (Know Heights {Ire}), bought by the Wertheimer brothers for $500,000 at the 2015 Fasig-Tipton Kentucky November Sale. He has the profile that suggests a career in the States could be on the agenda if he can build on this first start.

Fillies were very much the eye-catchers on the whole and arguably the stand-out was unsurprisingly from the Rouget yard. Unbeaten on testing ground in two turf starts Jan. 15 and Feb. 9, Philippe Segalot's Etoile (Fr) (Siyouni {Fr}) was especially demonstrative on the latter occasion when dispatching some useful types over 7 1/2 furlongs and on that evidence is black-type material. One of Rouget's other notables was Gerard Augustin-Normand's mile Polytrack winner Habloville (Fr) (Rajsaman {Fr}), a granddaughter of the MGSP The Wise Lady (Fr) (Ganges) from the family of Robin of Navan (Fr) (American Post {GB}) and last year's G1 Prix Marcel Boussac scorer Lily's Candle (Fr) (Style Vendome {Fr}). Francois Rohaut sent a small team to Cagnes-sur-Mer, with Shadwell's newcomer Taraateel (GB) (Oasis Dream {GB}) needing every yard of the one-turn mile trip to win her contest on Jan. 16. She is a granddaughter of the G1 Poule d'Essai des Pouliches victrix Torrestrella (Ire) (Orpen) and is related to another smart Rohaut runner in Wusool (Speightstown) as well as the G1 Poule d'Essai des Pouliches-placed Heuristique (Ire) (Shamardal).

Of the colts, the Feb. 20 newcomer Styledargent (Fr) (Style Vendome {Fr}) looked a bright prospect for owner-breeder Guy Pariente and trainer Jean-Pierre Gauvin, as he was green throughout and had every reason to throw in the towel as he came up the straight alone. Connected to Linamix (Fr) (Mendez (Fr}), the G1 Prix du Jockey Club entrant is one of the Classic generation to take out of the meeting which lived up to previous years, according to regular visitor Rarick.

“It was a bit more competitive this year,” she says. “There are always a lot of Germans coming in, but there were new ones this year which is good for the sport. To have new faces on the scene is always a good thing. France is the last bastion of any meaningful prize-money in Europe. It's a nice winter meeting which is not at the same level as racing in Paris during the season and there is a lot of money on the table.

It's a proper meeting, with four listed races which the bigger stables come for.”

Away from Cagnes but still in the warmer climes of the south, there was further advertising of the merits of Rajsaman as a sire at the right-handed Mont-de-Marsan on Feb. 8. Ridiculously superior in his mile maiden on heavy ground, Gerard Augustin-Normand's gelding Morsan (Fr), who is related to Coup De Folie (Halo) and trained by Didier Guillemin, will face much sterner tests than this introduction at a track with a home straight of just over 300 metres. Toulouse racecourse, described on www.toulouse-visit.com as “a green lung, right in the middle of the pink city”, opened its doors in 2019 on Feb. 12 and the Rouget-trained filly Sacre Coeur (Fr) (Montmartre {Fr}) graced it with a smart debut performance, showing a genuine relish around the tight right-handed turns. There will be a lot more of that ilk from the stable at that venue as the year progresses.