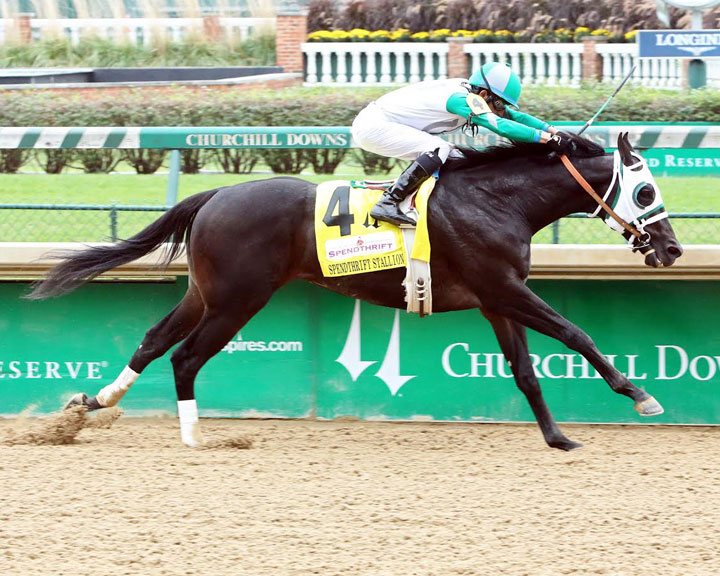 When Canterbury Park started its racing club in 2009, its goal was just to educate racing fans in Minnesota about ownership. But in the near decade since it was formed, the club has proven to be an industry-changing idea with racetracks across the country following its model.

“It never crossed my mind that other racetracks would be paying attention to what we were up to in Shakopee, Minnesota,” said Jeff Maday, Canterbury Park's media relations manager. “It is very gratifying to see what has happened with racing clubs at other tracks. So many have taken the idea in their own direction, adding unique variations, and have had tremendous success. We have many dedicated people in this industry that want racing to succeed and want to expose fans to ownership.”

Racing Clubs across the country have seen a good response from both fans and horsemen with spots filling quickly. Accepting their first 200 members in 2016, Churchill Downs sold out their first Club within 24 hours with a second club that year selling out within four days.

With Hall of Famer D. Wayne Lukas training the horses, new owners in the first club were allowed near instant success when Club horse Warrior's Club (Warrior's Reward) won the Spendthrift Stallion S. at Churchill Down in October of his 2-year-old year. Since then, the colt has gone on to win a graded stakes and help Churchill fill new clubs.

“Warrior's Club has been just a crazy unbelievable story, and that has allowed us to have seven or eight more horses and seven or eight more clubs since then,” said Gary Palmisano, Manager of the Churchill Downs Racing Club. “It's really snowballed, we now have people telling friends and co-workers and family members, so they're getting into the subsequent clubs because of the foundation that Warrior's Club laid.”

For New York Thoroughbred Horseman's Association board member Robert Masiello, racing clubs allow fans to get involved in ownership without immediately having the high costs associated with a racehorse. This is one of the major reasons NYTHA is launching a Racing Club later this year.

“Even the lower end syndicates claiming a horse is expensive,” Masiello said. “If you have a horse in training, you're probably paying $110 date rate plus vet bills you might be in for $4,000 per month per horse. There needed to be that step in between not owning a horse and even doing a syndicate where it's still thousands of dollars in upkeep. One of the things too is I really think it's important to keep getting the message out, keep people engaged in the sport so I think a Racing Club is good happy medium for doing that without being too overly expensive.”

Many clubs allow members are privy to all the bills paid on their horses so they know the costs associated with owning a horse. While owners in the Emerald Downs Racing Club only pay $500 up front and never see another bill, the club's racing manager Vince Bruun makes sure they know exactly how much is spent on their horse every month.

“I certainly make them aware of the bills they would see,” Bruun said. “I get billed at the end of the month and I will pass on an itemized list. For [trainer Larry Ross] it's $62 a day for training but then if a horse needs new shoes or needs its teeth done or goes in a race, there's another fee. So [members] can go in with their eyes if they do become owners. They're prepared for what it involves.”

Most of the Clubs who have been running for a few years have seen their members buying into syndicate horses or even partner with each other. Palmisano says that over 50 members from the Churchill Downs and Fair Grounds Racing Clubs have bought their own horses, which was a major goal for the tracks when they started the clubs.

An added bonus to some club is also the charity aspect toward the industry. Lone Star Park's Racing Club just started this year but they have pledged any extra funds they get from selling a horse to the Permanently Disabled Jockey Fund.

“The PDJF is a great organization and was the first charity that came to mind when we started to discuss the options out there,” said Diantha Brazzell, Lone Star Park Racing Club's Manager. “Though we never thought that we were going to be able to donate over $7,000 to them at the time. When we were putting the club together we thought we would be lucky just to break even. It turned out to be a great bonus for us that we are getting to make such a sizable donation to a terrific charity that supports the human athletes of our sport.”

While Jeff Maday never imagined the Canterbury Racing Club would be industry changing, he is excited by how the idea has grown.

“In the end, the goal is to get more owners into the sport and that will benefit everyone.”