Queen Olly Yet Another Rising Star For No Nay Never 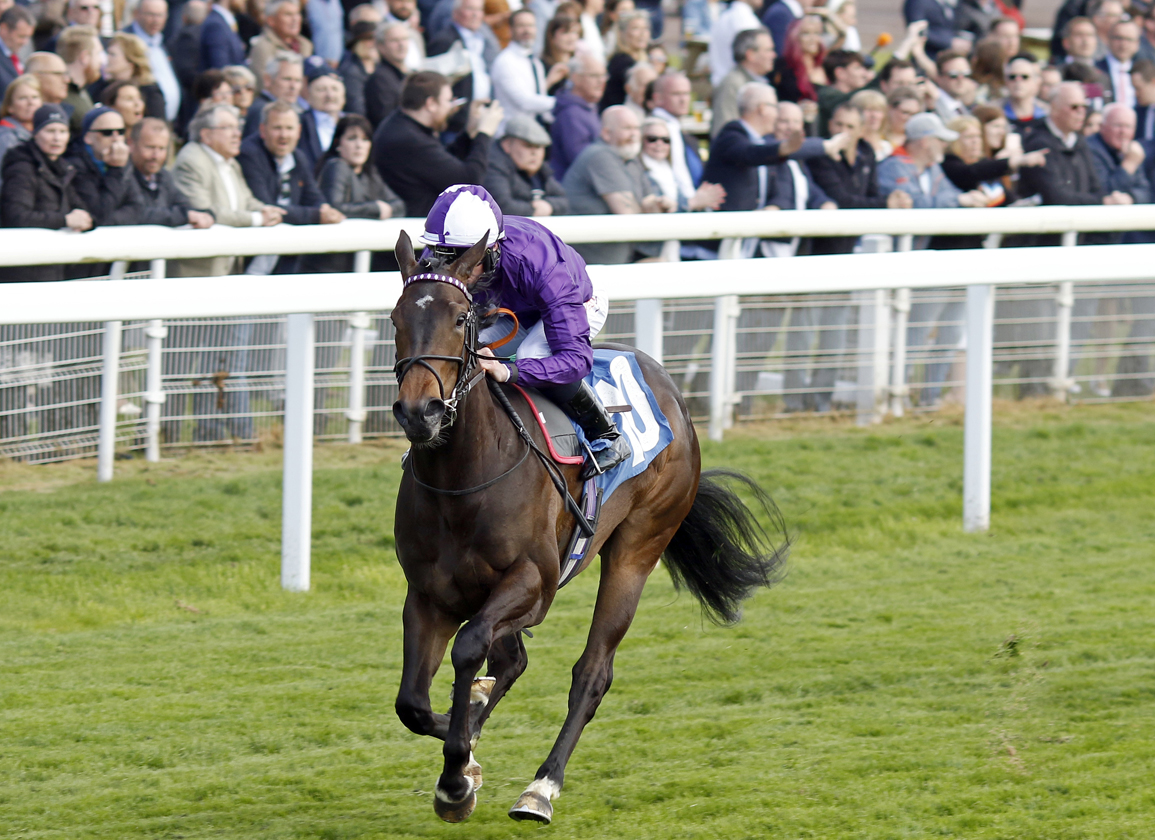 David Loughnane is firing on all cylinders with his juvenile band this term and added another string to his Royal Ascot bow, and  provided Coolmore sire No Nay Never with a fourth 'TDN Rising Star' of the campaign, when Amo Racing's €300,000 Goffs Orby yearling Queen Olly (Ire) (No Nay Never–Surprisingly {Ire}, by Galileo {Ire}) routed nine rivals in Friday's £20,000 Frank Whittle Partnership ebfstallions.com Maiden S. over York's straight six furlongs. The February-foaled bay was swiftly into stride and occupied a handy fifth, just behind the front rank, through the early fractions of this unveiling. Looming large going well at the two pole, the 11-4 favourite was ridden to the front approaching the final furlong and surged clear in the latter stages to outpoint Catch The Paddy (Ire) (No Nay Never) by an impressive 3 1/2 lengths. In winning, Queen Olly provided her sire (by Scat Daddy) with a record four juvenile pre-Royal Ascot TDN Rising Stars.

“I didn't feel any pressure because we've had more expensive juveniles run this year and, if I felt pressure, it was because I felt she was the nicest we had,” Loughnane said. “I don't really feel pressure, we make an assessment of them and they have to go and prove it's right. They don't always, but she's done it tenfold. She's still a bit green and had to muscle her way out of a tricky spot. She hit the front, pricked her ears and didn't really do a lot. She took a fair bit of pulling up and it'll take a good one to beat her at [Royal] Ascot. I said the first day I sat on her she was a Royal Ascot filly and she's an Albany filly to me, all day long. She's out of a Galileo mare so she could be better over seven furlongs going forward, but Royal Ascot was what we had in mind and I think she's proved she's good enough.”

Queen Olly is the third of five foals and second scorer produced by a full-sister to GSW G1 Irish Derby and G1 Melbourne Cup runner-up Tiger Moth (Ire) (Galileo {Ire}) and G3 Balanchine S. second Butterscotch (Ire) (Galileo {Ire}). Her dam Surprisingly (Ire) (Galileo {Ire}), who is also kin to MGSP sire Coach House (Ire) (Oasis Dream {GB}), is a daughter of MG1SP distaffer Lesson In Humility (Ire) (Mujadil) and has a yearling filly by Calyx (GB) and a weanling colt by Into Mischief to come.

The filly was purchased for €300,000 at Goffs Orby by Alex Elliott/Ben McElroy for Amo Racing. “She was a very special filly from the get-go, from the moment I laid eyes on her. She had the have-to-have sticker on her,” said Elliott. “By No Nay Never out of a Galileo mare, and an exceptional physical. The reports from Day 1 have been very good, so let's hope it's the start of something special.”