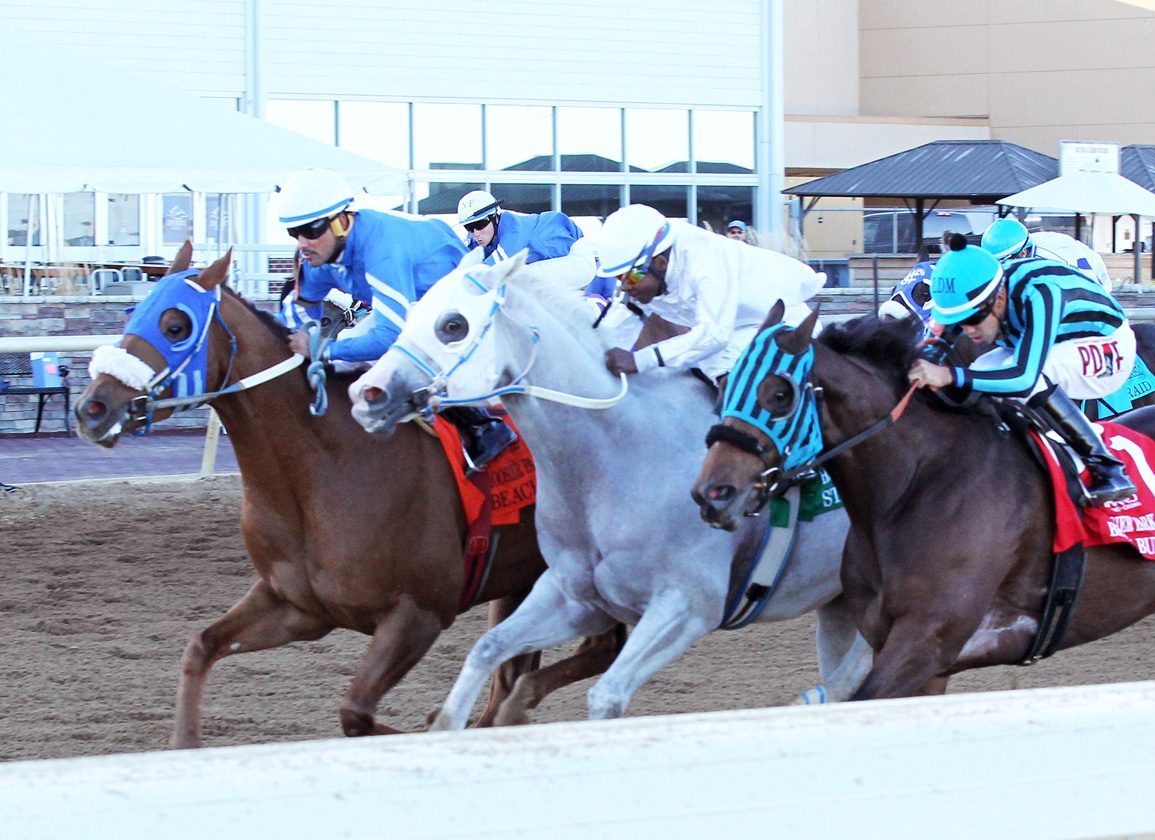 By unanimous voice vote after zero public discussion among commissioners at a “special” meeting, the Kentucky Horse Racing Commission (KHRC) on Tuesday quickly approved a license awarding a Quarter Horse racino license for a track to be constructed in the northeastern part of the state.

The license is the ninth and final of its kind to be awarded in Kentucky.

Although the focus of press releases announcing the deal accentuated the rebirth of Quarter Horse racing in a state better known as the nation's Thoroughbred epicenter, the real prize for applicant Revolutionary Racing will be the privilege of operating historical horse race (HHR) gaming at the facility and its satellite locations.

Although the July 26 KHRC meeting was short on details, the Daily Independent newspaper in the town of Ashland, where the racino will be located, has previously reported that the track will be built behind a mall there, with the 400 HHR machines to be installed in a vacant Sears department store.

In a press release, Revolutionary Racing stated that it envisioned a $55-million investment in the 177-acre property would transform the suburban site near the Ohio River into a “world-class facility.”

The 660-yard sprint track is projected to feature purses of $500,000, which would make the facility the kingpin of Quarter Horse racing east of the Mississippi River, where the breed gets only sporadic support from sanctioned racetracks.

No specific race dates or an opening date were discussed during the public portion of the KHRC meeting. The facility is projected to get year-round use for Quarter Horse shows and other equestrian competitions, and an adjacent entertainment complex is also part of the plan.

No existing Thoroughbred or Standardbred track licensees stated objections to the Quarter Horse racino. Its nearest in-state Thoroughbred competitor would be Keeneland, some 120 miles west.

According to the KHRC, in 2021 The Kentucky House of Representatives passed a resolution in support of the Quarter Horse industry in the commonwealth, recommending that at least one race track license be awarded or held explicitly for Quarter Horse racing.

According to the brief comments made prior to the vote, Revolutionary Racing needed to adhere to six conditions to achieve its licensure. But it was not publicly disclosed during the meeting what those conditions were.

One day prior to the meeting, TDN requested from the KHRC the portion of the public meeting packet that contained the license application and related materials. That query did not result in a reply from the KHRC prior to the Tuesday deadline for this story.