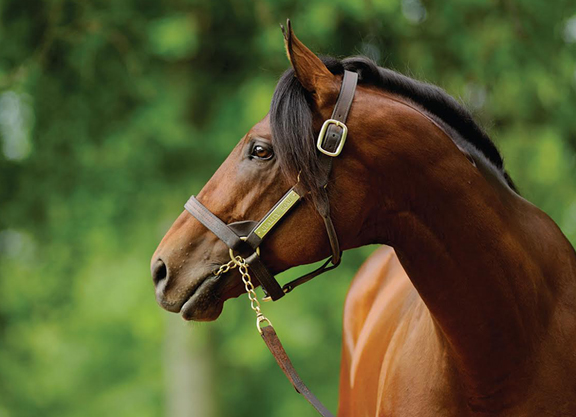 Quality Road will join Tapit and Medaglia d'Oro as the second highest-priced stallions in the country with a 2020 stud fee of $200,000, Lane's End Farm announced Sunday. That news was announced in tandem with that of a new stallion addition: the 2018 Champion Two-Year-Old Game Winner (Candy Ride {Arg}–Indyan Giving, by A.P. Indy) will join the farm's roster, along with the previously announced Catalina Cruiser, upon his retirement.

“We are very excited to have the opportunity to stand Game Winner upon retirement in 2021,” said Lane's End's Bill Farish. “Champion two-year-olds are hard to come by and we are honored that Gary and Mary West have entrusted Lane's End with his stallion career.”

Game Winner, who has earned over $2 million from four graded stakes wins, is by perennial leading sire and Lane's End stallion Candy Ride (Arg). During his championship season, Game Winner remained unbeaten with victories in the GI Del Mar Futurity, GI American Pharoah S. and GI Breeders' Cup Juvenile at Churchill Downs. As a three-year-old, Game Winner was fifth in the GI Kentucky Derby. Wide throughout, he finished fifth beaten just 3 ¾ lengths and good enough to earn the best Thoro-Graph figure of .25 of the field. That same year, his graded stakes performances featured second-place finishes in the G2 Rebel Stakes and G1 Santa Anita Derby. He was most recently seen winning the GIII Los Alamitos Derby.

“It's not easy to find good horses; it's even harder to find champions,” said trainer Bob Baffert. “I've been fortunate to have a few good horses, and even a few champions but the champions really stick out. Horses like Game Winner and Pharoah; to do what they did and to be champion two-year-olds, they're the best of the best.”

Game Winner will remain with Bob Baffert and target a spring campaign.

Quality Road's fee, increased from 2019's $150,000, was bolstered by a list-leading four grade I winners in 2019 to bring his total from six crops to 11. This year, his runners Dunbar Road, City of Light, Bellafina and Roadster won at the highest level. He also had a $1 million two-year-old at OBS April, and a $950,000 yearling at Keeneland September and an overall yearling average of $325,317.

“Quality Road has sired an amazing number of Grade I winners out of only six crops of racing age,” Farish said. “He is an elite stallion by any measure, and he will never see the large book sizes that many of his peers are faced with.”

The complete roster appears below.