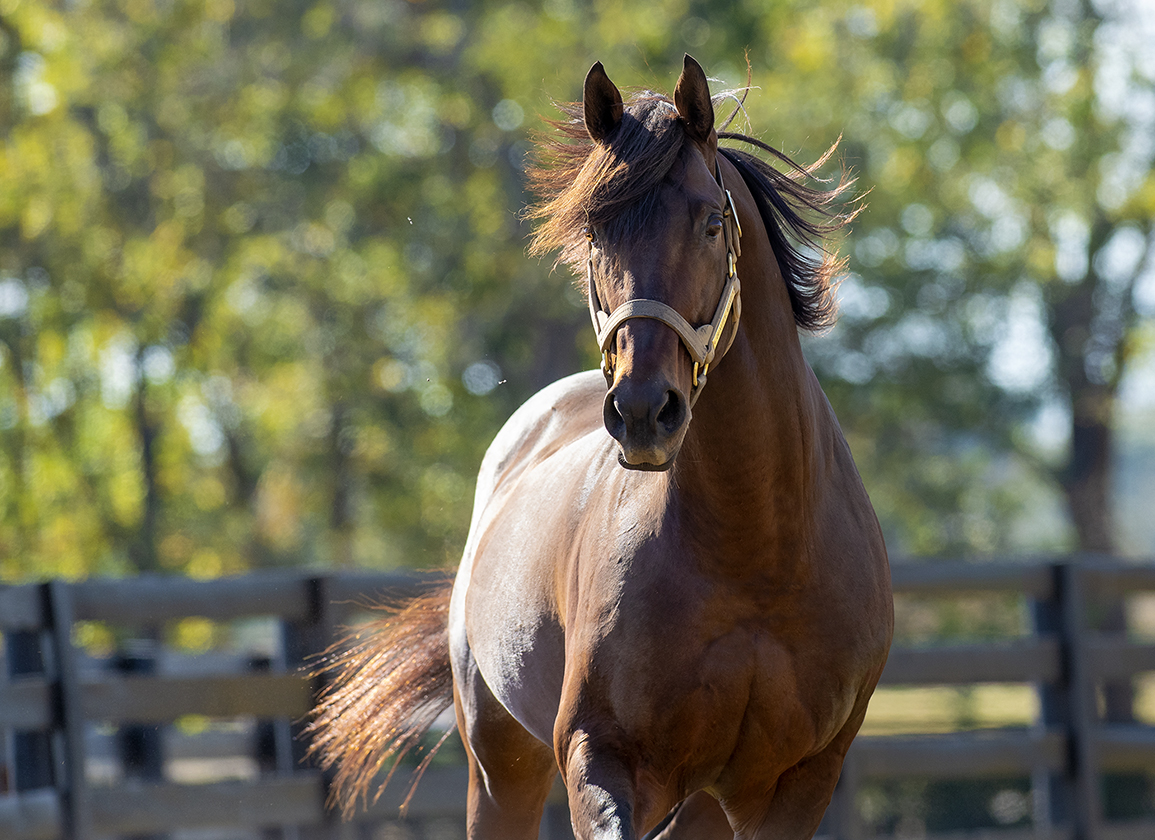 The 15-year-old stallion is in the midst of another outstanding season, with nine stakes winners to his credit. Three of those have come at the graded level, led by the aforementioned Corniche, who topped this year's OBS April Sale on a bid of $1.5 million from Peter Fluor and K.C. Weiner's Speedway Stable and ran his record to two wins from two starts with a 3 1/4-length victory in the GI American Pharoah S. at Santa Anita Oct. 1. Astronaut upset the GII Del Mar H. and is a candidate for the GI Longines Breeders' Cup Turf, while Dr Post impressed in the GIII Monmouth Cup while also placing in the GI TVG Pacific Classic and GI Woodward S.

Quality Road was the leading sire by average (more than one sold) at this year's bell-weather Keeneland September Sale, his 34 yearlings fetching an average of $472,794. Immediately behind Quality Road were Curlin and Into Mischief. Quality Road was represented by two seven-figure sellers at KEESEP, led by a $1.6 million half-brother to GSW & MGISP Midnight Bourbon (Tiznow) and GISW Girvin (Tale of Ekati) that was hammered down to Woodford Racing & West Point Thoroughbreds. He was also represented by a $1-million half-sister to GI Kentucky Derby winner Always Dreaming (Bodemeister) at Fasig-Tipton Saratoga.

The first crop of Quality Road's son City of Light has met with tremendous reception. The 7-year-old is the second-leading freshman sire of yearlings behind only Justify and he was responsible for the overall Keeneland September topper, a $1.7-million son of MSP Anchorage (Tapit) that was purchased by Woodford, West Point and Talla Racing. City of Light gets a bump from $40,000 up to $60,000 for 2022.

New to the Lane's End roster for 2022 is Code of Honor (Noble Mission {GB}), whose stud fee has yet to be set.