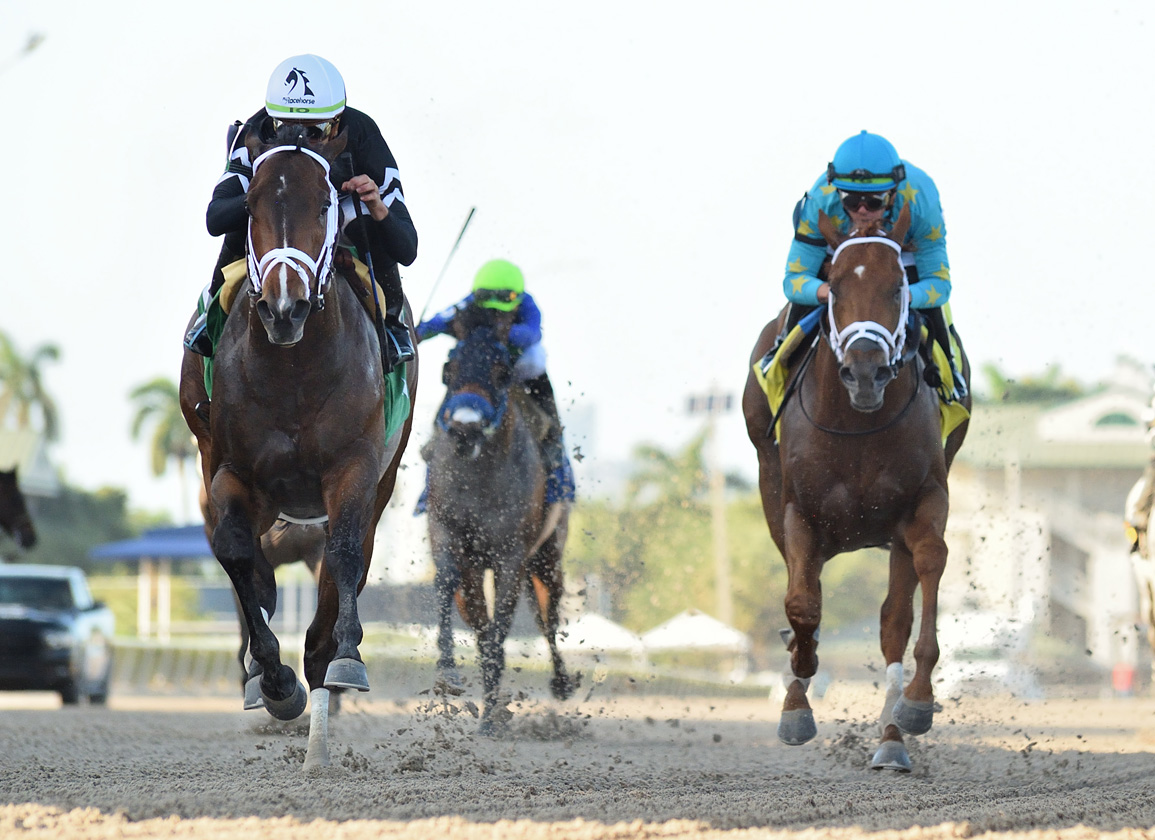 Provocateur came home strongest of six in his first career stakes victory for the partnership of MyRacehorse and Spendthrift Farm. Steadily improving since his eighth place career debut over a mile on the grass at Belmont Park Oct. 10, he weakened to fourth after dueling through six panels over the main track at the venue. Finding the winner's circle Dec. 23 down at Tampa Bay by 4 1/2 lengths as the 4-5 favorite, his connections opted to try their colt in the Jan. 15 Pasco S. for a 3-year-old bow with first-time Lasix, and he was outkicked late in the lane, finishing second by 2 1/2 lengths.

Coming off the diuretic for this contest, Provocateur overcame an early bump after the start to cruise from third behind early leader Golden Juan and 1-2 favorite Nitrous Channel. First to striking coming through the far turn, Irad Ortiz Jr. forced his rivals' hands and it was a three horse line at the top of the stretch. Kicking clear of the pacesetter, Provocateur and Nitrous Channel locked horns for the duel to the wire and  the former kicked clear in the final sixteenth to win by two lengths. It was Todd Pletcher's eighth win in the race. “We were a little confused about what he wanted to do early on. He wasn't training as promisingly as we had hoped. We thought he would improve a little bit on the grass,” Pletcher said in the post-race interview. “After that experience he seemed to improve in his dirt training and recently has really come around.”

Dam Cayala had shown an affinity for Into Mischief with all four of her offspring by him ending up winners and three earning black-type including GIII Southwest S. winner One Liner. She has five winners from five to race. There is a 2-year-old filly by Flatter on record and the mare is expecting a foal by Authentic this season.

Click for the Equibase.com chart or VIDEO, sponsored by TVG.