Protonico to Stand at Darby Dan in 2018 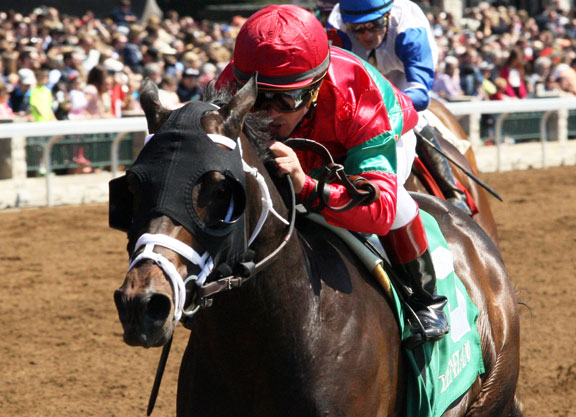 MGSW Protonico (Giant's Causeway–Alpha Spirit, by A.P. Indy) has moved to Darby Dan Farm for the 2018 breeding season, where he will stand for a $6,500 stands and nurses. He stood his first year at stud in 2017 at Taylor Made Farm for the same fee.

Campaigned by Sumaya U.S. Stable and trainer Todd Pletcher, the homebred won seven of his 16 starts for earnings of $997,587. Scoring his first black-type victory in the 2014 GIII Smarty Jones S., the bay also won that year's GIII Discovery H. and was second to the hard-knocking Hoppertunity (Any Given Saturday) in the GI Clark H. Kicking off 2015 with a pair of victories in the GIII Ben Ali S. and GII Alysheba S., Protonico closed out his career with a third behind Hoppertunity in the 2016 GI Jockey Club Gold Cup S.