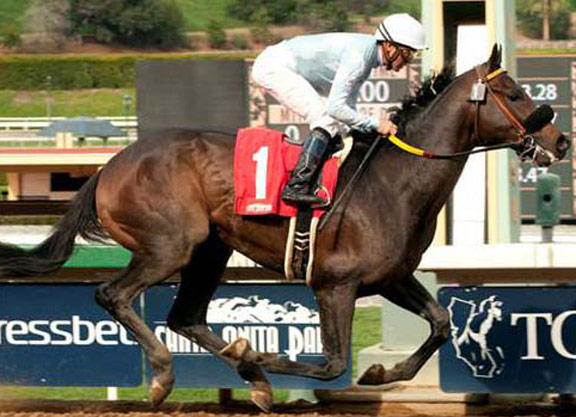 Prospect Park (Tapit-Quiet Romance, by Bertrando), winner of the 2015 GIII La Jolla H. at Del Mar and runner-up in that term’s GII San Felipe S. and GII Los Alamitos Derby, has been retired to stud at Harris Farms, in California.

Prospect Park retires with a record of 18-4-7-3 and earnings of $539,770. He will stand for a fee of $2,500. Prospect Park, a homebred for Pam and Martin Wygod, was purchased by PVNC Stables LLC in a deal brokered by Chad Schumer of Schumer Bloodstock.

“Prospect Park brings talent, durability and pedigree to the table,” Schumer said. “He was regarded as a Derby prospect by all around him at three, but then showed that rare versatility to switch successfully to turf. He is also beautifully bred, being a son of emerging sire of sires Tapit.”