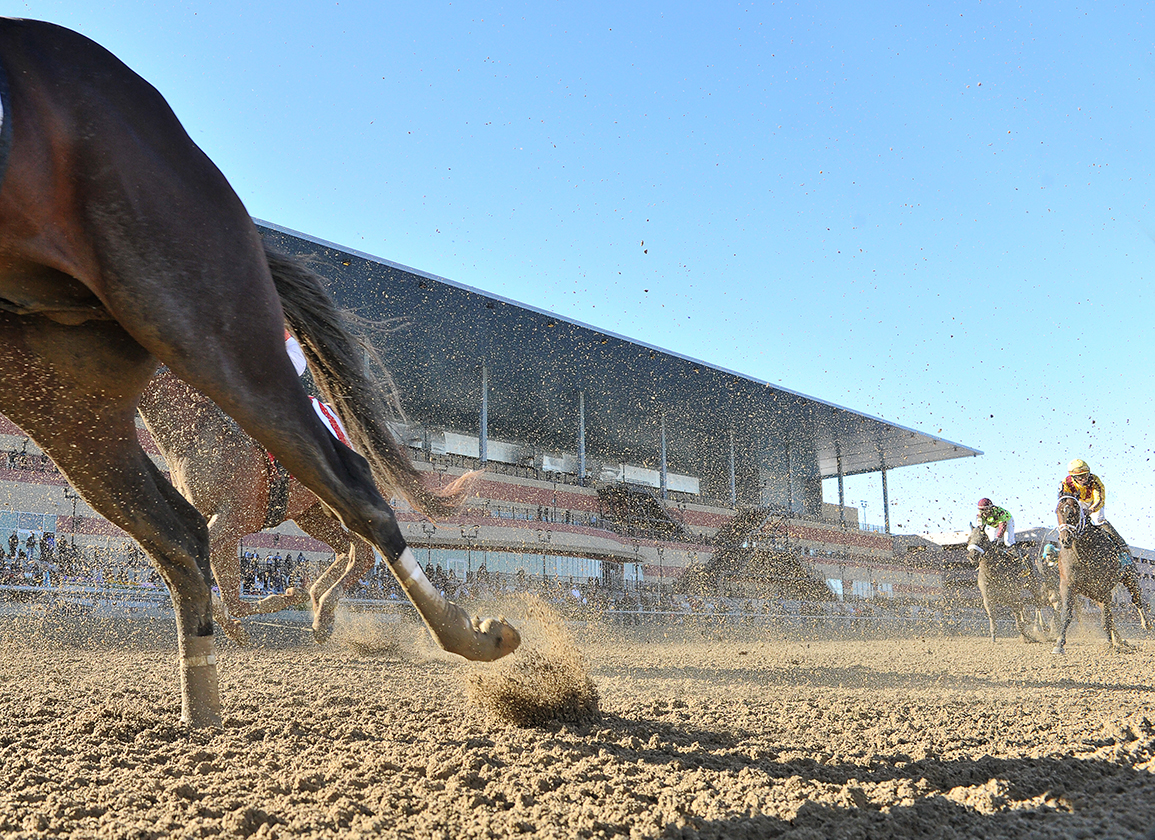 Backed by a number of animal rights groups, two New York state lawmakers have introduced a bill that would end payments made to the state's racing and breeding industries from slot machine or video lottery terminal (VLT) revenue.

According to a press release issued Wednesday by the animal rights group NYCLASS, the bill would cancel out the $230-million payment made annually to horse racing and breeding and will redirect the money to “help New York's taxpayers, schools, workers and other social programs.”

NYCLASS has led the effort to ban carriage horses in New York City.

The legislation is sponsored by Linda Rosenthal in the Assembly and Zellnor Myrie in the Senate. Both are Democrats representing New York City. According to NYCLASS, it has the backing of, among others, PETA, Horseracing Wrongs, the New York State Humane Association and the Worker Justice Center of New York. NYCLASS calls the bill something that “counters decades of irresponsible waste” and will “end corporate welfare for horse racing–including millionaires and billionaires.”

“It's time we put an end to multimillion dollar taxpayer-funded subsidies that prop up a dying industry,” the press release quoted Rosenthal as saying. “The industry pockets the money to enhance purses and often abuses and neglects the horses in its care, while workers toil at low-wage jobs. We must stop subsidizing this cruel business and instead reinvest the funds where they're needed most – in public education, our human services sector, community redevelopment and wage theft prevention. My legislation is a statement of New York's evolving values, and I look forward to working with State Senator Myrie and the diverse and growing coalition of advocates to see it become law.”

The consensus among industry stakeholders Wednesday was that the bill had little chance of becoming law, but many were alarmed, nonetheless.

“This would have a disastrous effect, especially on the incentives and the momentum that the New Yor- bred program and our racing and purses have had overall,” said Najja Thompson, the executive director of the New York Thoroughbred Breeders.

About $60 million, or 37.5% of all purse money paid out at the NYRA tracks, comes from VLT revenue. The percentage is much higher at Finger Lakes and at the state's many harness tracks.

The New York Racing Association was quick to denounce the effort Wednesday while labeling advocates of the bill as extremists.

“NYRA will vigorously oppose this legislation in order to protect jobs for working families, preserve the horse racing economy and ensure the sport's success now and in the future,” NYRA spokesman Pat McKenna said in a statement. “Racing support payments are not subsidies. The payments from VLT revenues are made to the thoroughbred industry in part because NYRA transferred land and other intellectual property to the state in 2008, and has acted as the steward of the properties in the years since. The VLT payments are compensation for that transaction rather than subsidies. These payments further the sport's ability to serve as an economic engine–particularly in support of the tourism and hospitality industries, which have suffered significantly due to the COVID crisis.

“NYRA looks forward to the opportunity to engage New Yorkers and lawmakers in a real conversation about the massive industry connected to horse racing throughout the state. This is precisely why NYRA joined We Are NY Racing, the diverse coalition launched in September in support of horse racing.

“Organizations like NYCLASS, PETA and Horseracing Wrongs have long been philosophically opposed to horse racing and make no secret of their desire to end the sport,” he said. “This extreme agenda would deprive working families of jobs and opportunity and would negatively impact union and hourly workers at the worst possible time. Rather than a rational public policy disagreement, these groups are only interested in how best to damage horse racing to further their own political agenda. These groups are completely out of touch with the concerns of working families here in New York, and they cannot be trusted.”

Thompson, whose group is part of the We are NY Racing Coalition, said its incumbent on everyone in the industry to educate lawmakers about the positive economic impact of the sport.

“We have to make sure we educate lawmakers and the public and let them know that these are not subsidies,” he said. “They are payments made for agreements regarding intellectual property and the transfer of land. We need to continue to stress the economic impact that horse racing provides, the jobs, the land preservation, especially from breeding farms. That is the best way to counteract these fringe groups and legislation such as this that wants to do irreparable harm to our industry.”