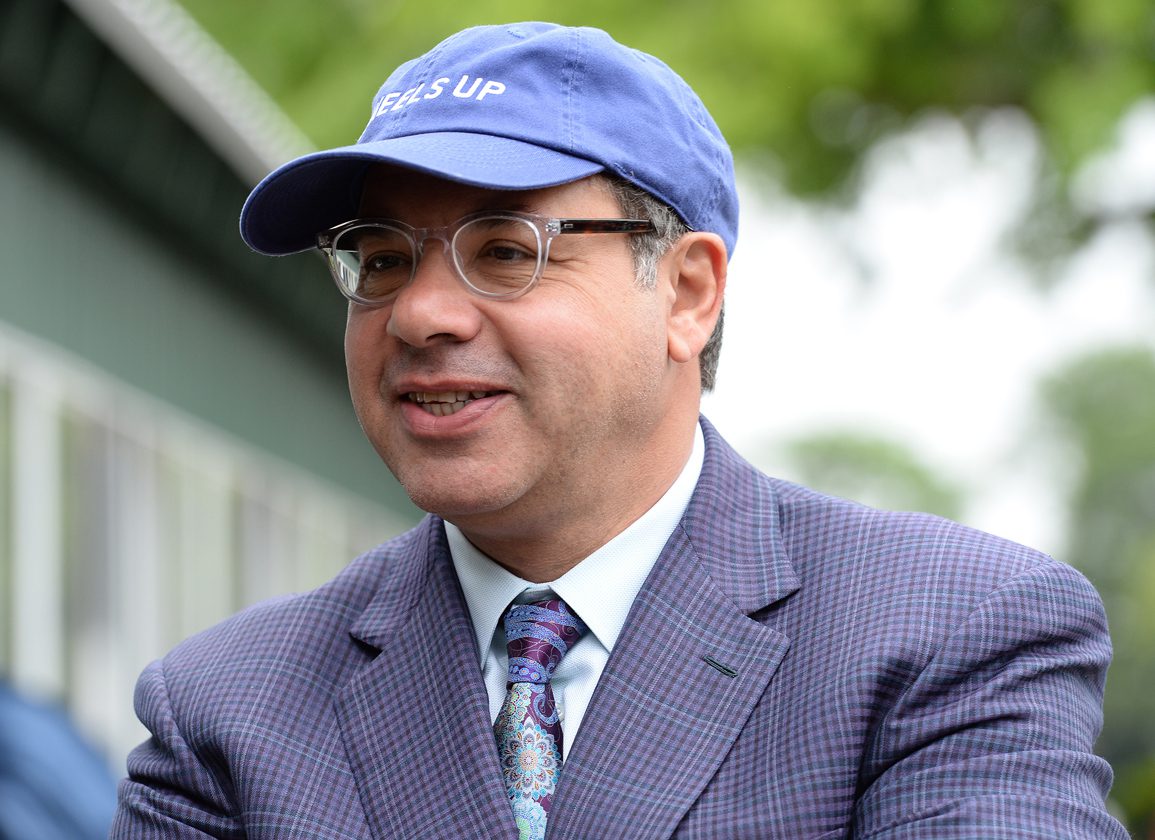 The court-appointed trustee in the nearly two-year-old Zayat Stables involuntary bankruptcy case is proposing a settlement in which Ahmed Zayat and his family members would pay $5 million to be allocated between MGG Investment Group and the trustee.

Of that amount, only $30,000 is earmarked to eventually go to “unsecured creditors,” some of whom are Thoroughbred industry participants owed money by Zayat Stables and are much further down the legal pecking order for otherwise getting repaid.

MGG will also get a disbursement from the funds in the bankruptcy trustee's account amounting to $1,025,145.

In return, MGG–the lender that alleged Zayat and his family members obtained a $24 million loan by fraud in 2016 then never repaid it–will issue a “waiver” giving up any further pursuit of the total $27.1 million total amount it had been seeking as a secured creditor.

MGG has also agreed to return $452,500 of the settlement money it gets from the “Zayat Parties” to the trustee, which will provide for the above-mentioned $30,000 “carve-out” that gets set aside to pay unsecured creditors.

The trustee will then be permitted to use $185,981 of that MGG payment to cover “administrative obligations” that the estate has incurred.

“[E]ntry into the Settlement Agreement serves the paramount interest of the creditors of the Debtor's estate,” trustee Jeffrey Testa wrote in a July 26 series of documents filed in United States Bankruptcy Court (District of New Jersey). “Resolution of the claims by and between the Chapter 7 Trustee MGG and the Zayat Parties through the Settlement Agreement represents a successful outcome for the Debtor's creditors.”

Not every creditor is going to agree with the trustee on that “successful outcome” statement.

Drew Mollica, the attorney for New York-based trainer Rudy Rodriguez, told TDN in a phone interview that his client has an unsecured claim of $397,000, and the $30,000 set aside for all unsecured claimants amounts only to a “drop in the bucket” for what Rodriguez is owed.

“Although I don't know all of the details and I'm going to reach out to the trustee, it seems the only carve-out for anybody but MGG is $30,000, Mollica said. “And all of the other unsecured claimants are in the same boat.”

It's important to note that this involuntary bankruptcy petition involving Zayat Stables is different from the Chapter 7 personal bankruptcy claim that the allegedly impoverished breeder and owner of Triple Crown champ American Pharoah initiated Sept. 8, 2020, when he claimed to own just $300 in cash and $14.22 in two checking accounts.

Involuntary bankruptcy proceedings are relatively uncommon in United States courts. They are designed to protect creditors, not debtors, and are often filed against companies (as opposed to individuals) as an attempt to get paid when it is believed that a firm is rapidly burning through assets and/or financial malfeasance is alleged.

The trustee could have elected to keep battling MGG to try and whittle down the sought-after $27.1 million. But Testa explained in court documents that the proceedings had reached a point where resistance equated to a losing proposition for the estate.

“Litigation against MGG would involve sufficiently complex legal and factual issues, particularly regarding the substance of complex loan documents and the establishment of lender liability, which would require protracted hard-fought and arduous litigation and significant expert costs,” Testa wrote.

“In addition, as a result of MGG's properly-perfected status and outstanding amounts owed to it, the Chapter 7 Trustee has no encumbered funds to fight such a taxing battle,” Testa wrote.

“As to the Zayat Parties, litigation against them would be equally challenging, demanding, complex, and come at significant additional cost and delay,” Testa wrote. “In addition, based on the litigious history of this proceeding, any judgment obtained would almost certainly be subject to an appeal.

“The Settlement Agreement avoids these obstacles in favor of a prompt and efficient resolution without the need to expend further estate resources,” Testa wrote.

Other family members of Ahmed Zayat (identified in court documents as his wife, Joanne; four children, Justin, Ashley, Benjamin and Emma, plus a brother, Sherif) are on the hook for contributing to the $5-million settlement payment because, Testa wrote, “The Zayat Parties strenuously asserted that to their detriment they provided funds to Zayat Stables in an effort to keep the entity operating [by contributing] approximately $2.5 million more to Zayat Stables than the transfers they had received from Zayat Stables.”

The proposed settlement agreement even includes a section related to who gets the trophies and other racing mementos that the trustee has been storing since their seizure from the under-receivership Zayat Stables offices.

The trustee added that he now considers that property “abandoned,” which likely means that Zayat can reclaim it.

“So it looks like he keeps the trophies, and the horsemen who earned the trophies get nothing,” Mollica said.

The next step in the process is for the court to approve the settlement. If other parties file an objection by Aug. 16, then an Aug. 23 hearing will take place to hear the objection(s). If no one objects, the court will enter a notice of “no objection” and the settlement will be completed as proposed.

Asked if he would be objecting on behalf of Rodriguez, Mollica said, “I'll know more after I reach out to the trustee. I'll reserve my right.”