Prix du Jockey Club: Where Did They Come From? 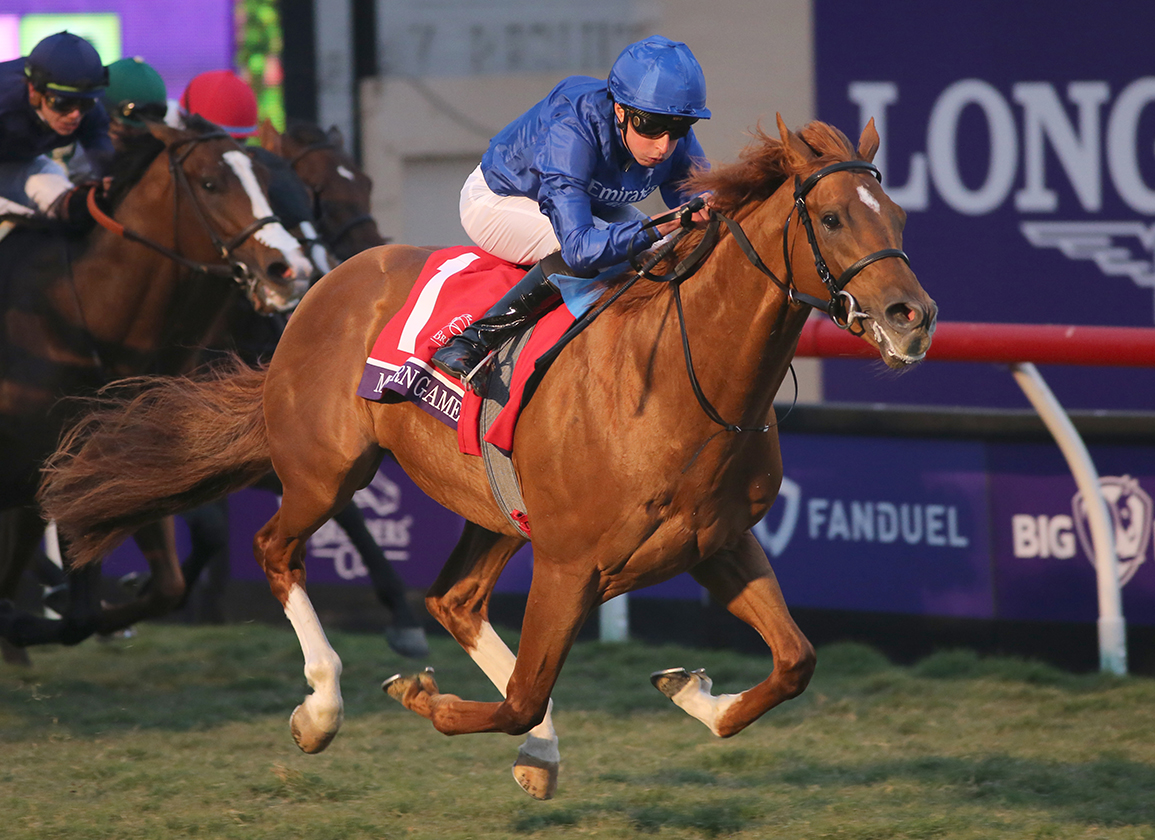 The 2100-metre G1 Qatar Prix du Jockey Club has a horse for everyone, from multi-generational blue-blooded homebreds, to a $535,000 OBS breezer and everything in between. Godolphin's Modern Games (Ire) (Dubawi {Ire}) is aiming for his third Group/Grade 1 victory in a row after wins in the GI Breeders' Cup Juvenile Turf at Del Mar last autumn and in the G1 Poule d'Essai des Poulains in May.

MISTER SAINT PAUL (FR), Dariyan (Fr)–Elusive Kay (Fr) (Elusive City)
Owner: Ecurie Bernd & Torsten Raber, Luc Josse Et Al.
Breeder: Mme A Delarue.
Trainer: Etienne Leenders.
Sales History: The bay did not meet his reserve and was bought back for €10,000 out of the Arqana October Yearling Sale.
Pedigree Notes: His dam won twice over 1900 metres at Deauville and once more upped to 2000 metres at Cagnes-sur-Mer. Her latest foal is a colt of 2020 by Birchwood (Ire), while Group 3 winner Celtic Rock (GB) (Rock of Gibraltar {Ire}) is out of the winning third dam.

MODERN GAMES (IRE), Dubawi (Ire)–Modern Ideals (GB) (New Approach (Ire)
Owner/Breeder: Godolphin.
Trainer: Charlie Appleby.
Pedigree Notes: This family has benefitted from a timely update, as this colt's year-older stakes-winning half-brother Modern News (GB) (Shamardal) was second in the G3 Cazoo Diomed S. at Epsom on Saturday. His dam's foal of 2020, Mawj (Ire) (Exceed And Excel {Aus}), was named a 'TDN Rising Star' at Newmarket on May 14, and there is a yearling filly by the late Mastercraftsman (Ire) still in the pipeline. Under the second dam is G1 Prix Jean-Luc Lagardere hero Ultra (Ire) (Manduro {Ger}), while one more generation back, the Mr. Prospector filly Proskona was a champion in Italy in 1984. Two-time Group 1 winner Act One (GB) (In the Wings {GB}) is a descendant of the last-named, as is G1 French 2000 Guineas third Gharir (Ire) (Machiavellian).

ANCIENT ROME, War Front–Gagnoa (Ire) (Sadler's Wells)
Owner: M Tabor, D Smith, Mrs J Magnier & Westerberg.
Breeder: Orpendale, Chelston & Wynatt.
Trainer: Andre Fabre.
Pedigree Notes: Thrice placed at Group 1 level, among them a second and third in the G1 French Oaks and the Irish equivalent, G3 Prix des Reservoirs scorer Gagnoa first threw the stakes-placed Galateia (Ire) (Dansili {GB}) and followed up with the Group 3 winner Etoile, a full-sister to this colt, as foal number six. Exclusively mated to Justify since 2019, the half-sister to the G1 Investec Derby victor Pour Moi (Fr) (Montjeu {Ire}) has a first-crop colt that arrived in 2020, The Black Tiger, and a pair of fillies in 2021 and 2022, to her name. Ancient Rome shares the same female family as the aforementioned Modern Games.