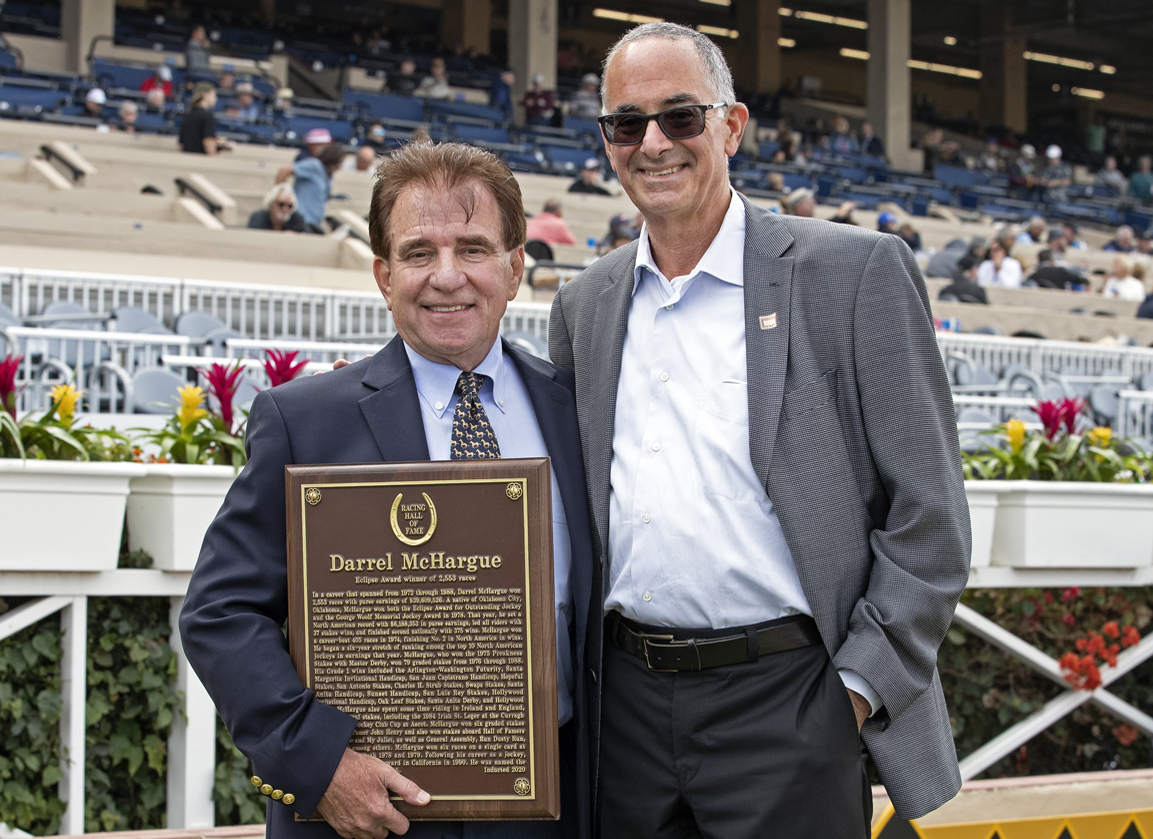 Privman, 62, a resident of Carlsbad, Ca., covered his first race in 1980–Spectacular Bid's victory in the Malibu Stakes–while in college at California State University, Northridge, and working part-time for The Los Angeles Daily News. Privman worked for The Daily News full-time from 1981 through 1991, then became West Coast editor for The Racing Times (1991 to 1992) and West Coast correspondent for The New York Times (1992 to 1998). He also was a correspondent for The Thoroughbred Record and The Thoroughbred Times (1983 to 1998) before joining Daily Racing Form in October 1998.

Haight (1899-1968), a native of Washington, D.C., joined The Washington Post in 1924, embarking on a prolific 44-year run with the paper. He started with The Post as a general assignment reporter and began covering thoroughbred racing for the paper in 1932. He reported on his first Kentucky Derby that year, beginning a streak of 37 consecutive years writing about the event. Haight was The Post's racing writer and editor for 36 years and held the honorary No. 1 seat in the Churchill Downs press box for his longevity covering the Run for the Roses.