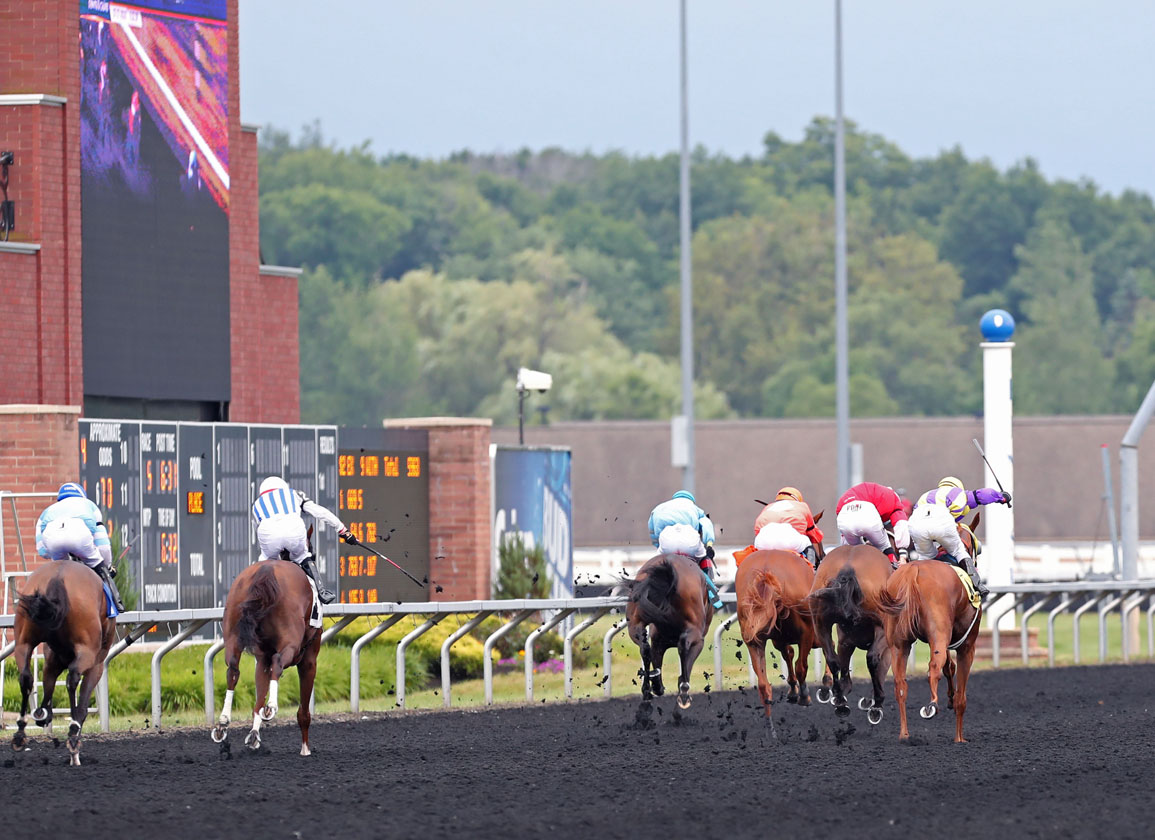 Federal court documents filed June 24 show that Presque Isle Downs and Casino (PID) and the Pennsylvania Horsemen's Benevolent and Protective Association (PAHBPA) have been locked in an ongoing dispute over the revenue sharing of advance-deposit wagers (ADW).

The disagreement centers on allegations by the PAHBPA that over the past several years, PID–whose corporate parent is Churchill Downs, Inc., (CDI)–has been steering on-track patrons to make bets through ADW platforms like TwinSpires that are controlled by another CDI-owned entity, the Churchill Downs Technology Initiatives Company (CDTIC).

Allegedly, PID is not treating those on-property bets that come through CDTIC platforms as “on-track wagers” that would provide greater revenue for purses.

Additionally, the PAHBPA is arguing that the source market fee (derived from ADW bets made by in-state residents) that PID agreed to with CDTIC is too low in comparison to industry standards.

Because of this, according to court documents, the PAHBPA is seeking “in excess of $75,000 beyond the contractually negotiated and agreed on percentage of revenue sharing as to source market fees.”

On Feb. 3, 2020, the PAHBPA's attorney, Jan Budman II, sent a “demand for arbitration” letter to PID in an attempt to settle the matter.

“PID has breached and is currently breaching [sections of] the Live Racing Agreement as a result of patrons located at PID placing wagers through PID's 'racing vendor' and corporate affiliate CDTIC as opposed to in the racetrack enclosure at PID,” Budman wrote. “PID has perpetuated these breaches through messages and other marketing encouraging patrons to place wagers through PID's corporate affiliate CDTIC instead of in the racetrack enclosure, which, incidentally, also violates [the Pennsylvania Horse Racing Industry Reform Act].”

Although the two sides organized grievance committees to try and hash out a solution during 2020, now, more than 16 months after that demand letter was written, PID has filed a federal lawsuit that seeks to block the PAHBPA's “unsupported allegations” from going to arbitration.

According to PID's civil complaint initiated Thursday in United States District Court (Eastern District of Pennsylvania), PID also wants the PAHBPA to pay for the legal costs the racino is incurring to have the court assert in a declaratory judgment that “there is no claim(s) to submit to arbitration under the narrow arbitration clause agreed to by the parties in the Live Racing Agreement.”

“PAHBPA's asserted allegations of breach are nothing more than a money grab without legal merit,” the complaint contends. “Rather than raising questions as to PID's compliance with the terms of the Live Racing Agreement, PAHBPA's asserted allegations are an attempt to renegotiate through arbitration a long standing contractual provision, that with the benefit of hindsight and changed circumstances, they now disfavor. In essence, PAHBPA alleges that the source market fee received by PID from the collateral agreement is too low.”

The complaint continues: “PAHBPA's asserted allegations take issue with PID's collateral agreement, but the Horsemen never negotiated into the Live Racing Agreement any consent or veto rights concerning the source market fee flowing to PID from the collateral agreement. Further, the Live Racing Agreement does not set a required rate or amount for source market fees that PID must receive from a vendor….

It's important to note that the original version of the live racing contract between the two parties was inked 12 years prior to CDI's 2019 purchase of PID, although that document has since been amended seven times, most recently on May 1, 2021.

A TDN email to Budman seeking comment on the lawsuit on behalf of the PAHBPA did not yield a reply prior to deadline for this story.

However, in his 2020 demand letter that PID included in its court filing as an exhibit, Budman wrote that PID was not dealing in good faith with specific regard to the track and its ADW provider both being controlled by the same corporate parent.

“[I]nstead, the Vendor Agreement is a self-serving intercompany transaction between closely related entities that was clearly designed to enrich CDI (the common parent of PID and CDTIC) at the expense of PAHBPA and its members.”

In its lawsuit, PID countered that “PID does not own the majority of CDTIC. CDTIC is a separate legal entity from PID.”