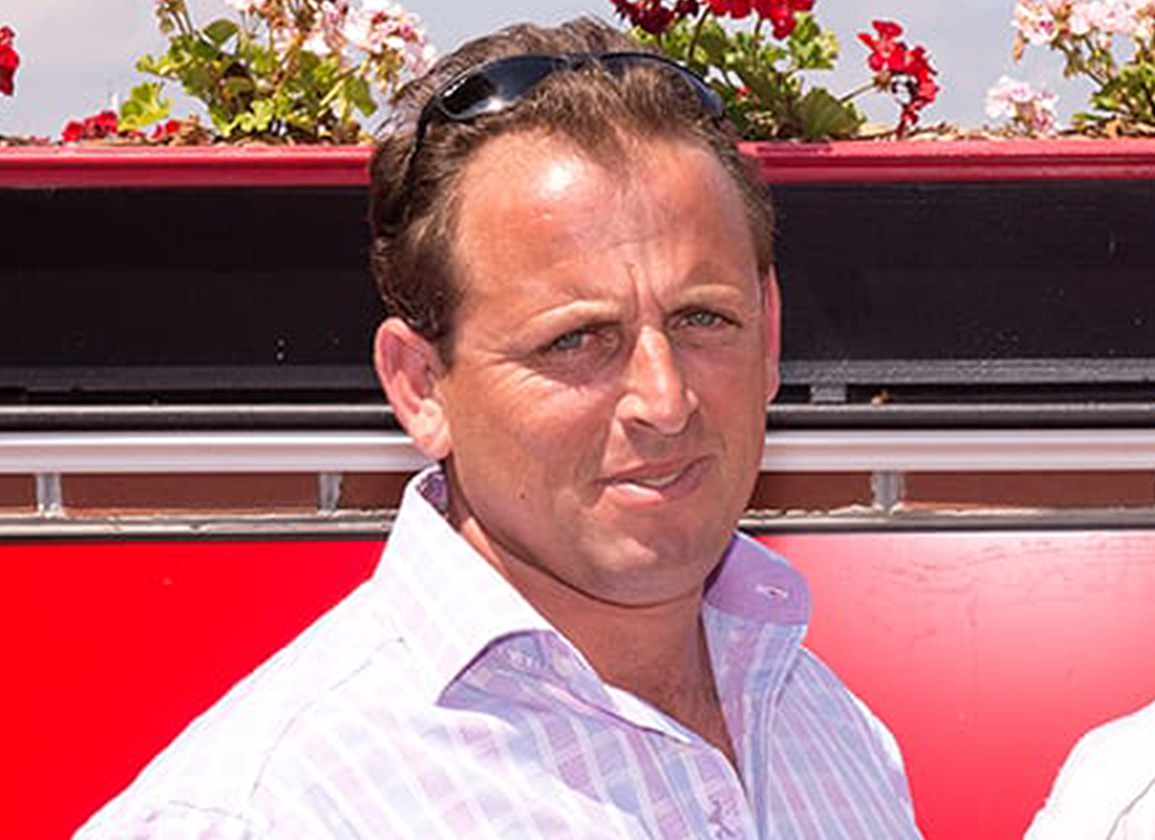 Six trainers, including Wayne Potts and Juan Vazquez, have been informed by NYRA officials that they will no longer be allowed to stable at Belmont Park and that their horses must be off the grounds by Wednesday. However, all six will still be permitted to race at the NYRA tracks, at least for the time being.

The story was first reported by the Daily Racing Form's David Grening.

NYRA's decision to not outright ban the trainers stems from a ruling issued in the Bob Baffert matter last July by the United States District Court for the Eastern District of New York. The court ruled that trainers cannot be banned at the NYRA tracks without due process, starting with a formal statement of charges. Denying or revoking stalls may not fall under the same guidelines. It was not known Friday whether or not NYRA will eventually take the steps that would be required to ban any or all of the six trainers.

The other trainers notified that they would no longer be permitted to stable at the NYRA tracks are Marvin Richardson, Luis Miranda, John McAllen and Michael Simmonds. In addition, Bonnie Lucas, an assistant to Potts, was also denied stalls, which she applied for after Potts' stall application was denied.

“NYRA retains the exclusive right and discretion to grant, deny, revoke, or reduce stall space for licensed trainers at its properties,” NYRA spokesman Pat McKenna said in a statement. “Following the completion of the stall application process for the 2022 spring meet at Aqueduct Racetrack and 2022 spring/summer meet at Belmont Park, NYRA has denied stall allocations to trainers Wayne Potts, Juan Vazquez, Marvin Richards, John McAllen, Luis Miranda and Michael Simmonds. The trainers were notified of this decision earlier this week and will be required to vacate their current stalls or transfer horses under their care by Mar. 30. Bonnie Lucas, an assistant to Potts, submitted a stall application following the denial of stalls to Potts and her application was rejected.”

The statement continued: “No matter the point of origin, all horses shipping in to race at NYRA tracks are subject to the same level of health and safety scrutiny as horses stabled on NYRA property. These protocols are effective in mitigating risk, enhancing equine safety, and protecting the integrity of the sport in New York.”

Potts and Lucas were suspended last year for 30 days by the New Jersey Racing Commission, which charged that they defied a request from a state veterinarian to have a horse vanned off the track following a claiming race. Both have appealed. Potts also ran afoul of authorities during last year's Saratoga meet when it was alleged he violated rules regarding a claim, which resulted in a 30-day suspension. The New York Gaming Commission charged that the horse, Mach One (Air Force Blue), was claimed by Potts' owners Frank Catapano and Nicholas Primpas by trainer Amira Chichakly and then transferred to Potts. Potts claimed another horse from the same race and trainers are not allowed to claim more than one horse in any given race. Additionally, Potts was banned from the Maryland tracks in 2020 amid allegations that he was a paper trainer for Marcus Vitali.

Potts won a career-best 61 races last year and was the leading trainer at Monmouth. He said he has 47 horses in New York and plans to relocate them to a training center in New Jersey.

“I was shocked when they told me I wasn't being allocated stalls,” Potts said. “I supported the NYRA circuit strong the last two winters when they have short fields. If this is an act to clean things up, there are other people that should be gone before myself. I don't have a whole list of mediation violations. I have done some stupid things in life, but there are other people there that have done much worse than I have.”

When asked if he fears NYRA will eventually ban him outright, Potts said: “I don't think that will happen. I had a meeting today with the racing secretary and with Frank Gabriel. They said I am still free to enter and I can conduct my business as I was before. That's what I'm going to continue to do.”

Vazquez received two consecutive 15-day suspensions from the Pennsylvania Racing Commission after two of his horses tested positive for the dewormer levamisole in races at last year at Parx. One, Hollywood Talent (Talent Search), tested positive after winning the GIII Turf Monster S. at odds of 108-1. Vazquez has filed an appeal. Vazquez has numerous suspensions and violations on his record. In one ruling, issued in 2017 in Pennsylvania, it was noted that Vazquez had eight drug positives during a 23-month period. Vazquez, who did not return a phone call seeking comment, is fifth in the Aqueduct trainer standings.

While Potts and Vasquez are prominent trainers, the others are not. Richards is 0-for-6 on the year and has won only five races in a career that began in 2017. He is facing a suspension of up to one-year from the New Jersey Racing Commission after his horse, Awesomenewyear (New Year's Day) tested positive for the prohibited medications oxazepam and ibuprofen following a Sept. 3 race at Monmouth. He has six horses stabled in New York.

“That would be something that is easy for NYRA to lean on,” Richards said of the drug positives in New Jersey. “They can say you have a positive so we're not going to give you stalls. I can't say for sure that's what it is. It might be. I'm still at Belmont, so they haven't kicked me off the racetrack yet. Where am I going to go? I'll have find a place where I can put my horses up. I'll have to try to get stalls elsewhere. It will be a great inconvenience. I live right next to [Belmont]. I don't even want to think of not being at Belmont.”

The Racing Form, citing sources, reported that McAllen was denied stalls for allegedly demonstrating an inability to properly care for his horses. He is 2-for-54 on the year and said he has 12 horses at Belmont.

“If someone wanted to come and see my horses I'd have no problem showing them to you,” McAllen said. “They are 100% perfect.”

McAllen said he will look for stall space somewhere before eventually taking his stable to Monmouth Park.

Miranda has won with just 4 percent of his career starters and is 2-for-94 since 2020. Simmonds is 1-for-19 on the year after going 2 for 75 last year. It was not immediately clear why those trainers were denied stalls.