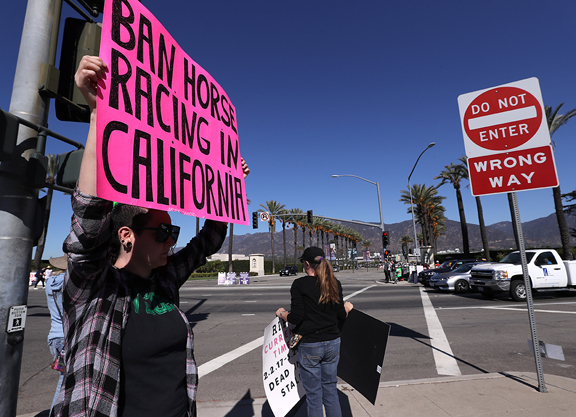 At the start of last month, a small cadre of animal rights protestors snuck onto the Golden Gate Fields racetrack, lay down with arms interlocked in pipes, and halted live racing–as well as a vaccination drive on facility grounds–until police intervention saw their removal.

While the incident had a flash-in-the-pan quality, it had the corollary effect of reminding those within the sport here in the Golden State of the somewhat precarious position in which it still finds itself–an important part of the economic puzzle, employing tens of thousands, but one that doesn't always fit squarely with the state's broader progressive bona fides on animal welfare.

And so, placed in the context of the last two years, during which time the sport has been buffeted by sweeping reforms and hitherto unbeknownst scrutiny, it begs the question: Where does the state's industry now find itself in terms of political favor and cultural currency?

The answer appears both promising and cautionary, with the California state senate's vote against the reappointment of Wendy Mitchell to the California Horse Racing Board (CHRB) Monday providing yet another indicator of a delicate balancing act.

“Two years ago, at this date, we were sitting at meetings with The Stronach Group [TSG], reviewing various plans whether to close Santa Anita for the rest of the meet,” said Greg Avioli, president and CEO of the Thoroughbred Owners of California (TOC), pointing to the welfare crisis that had engulfed Santa Anita.

Since then, the sports political roller coaster has been helter-skelter, taking in a joint hearing in Sacramento, a letter of condemnation from senator Dianne Feinstein, major pieces of legislation, a regulatory board dramatically reshaped by Governor Gavin Newsom–who told The New York Times in 2019, “I'll tell you, talk about a sport whose time is up unless they reform. That's horse racing”–as well as a proposed ballot initiative to end racing in the state (one that was ultimately extinguished before voters had a chance to weigh in). 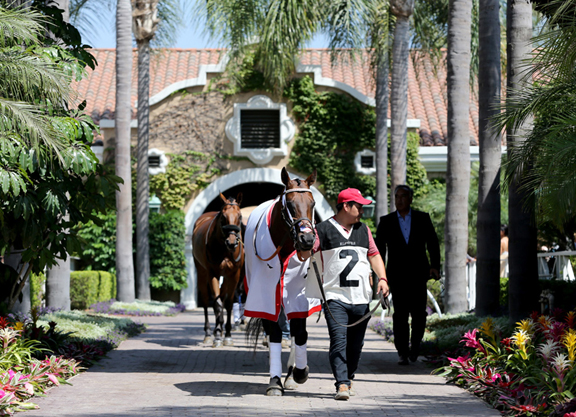 As to the temperature in Sacramento toward horse racing, “We have conversations with legislators and representatives weekly. In this last week, the conversations have focused on the recent safety results, particularly at Del Mar,” Avioli added, referring to recent news out of the Southern California track that it is among the safest in the nation for the third year straight year.

As a result, “I do not expect that you're going to see additional bills on the same subject,” said Avioli about prospective legislation in Sacramento. “The core issues of horse safety and welfare right now seem to be adequately addressed by the legislature.”

That sentiment appears mirrored by Senator Bill Dodd, whose legislative fingerprint can be seen on a number of horse racing-related bills over the past two years.

A spokesperson for the state senator, who represents the northern San Francisco Bay Area and Delta region, wrote in an email: “As chairman of the committee overseeing horse racing, Sen. Dodd follows developments in the sport closely and continues to monitor his previous measures to improve rider and equine safety. He has not introduced any new legislation in this area so far this year.”

Industry progress made at the local, state and national level–including recent passage of the Horseracing Integrity and Safety Act (HISA)–means there is now a “different tone in our conversations with governmental leadership” compared to two years ago, Rubinstein wrote, in an emailed response to questions.

“We have real tangible progress we can point to, which makes a difference,” he added. 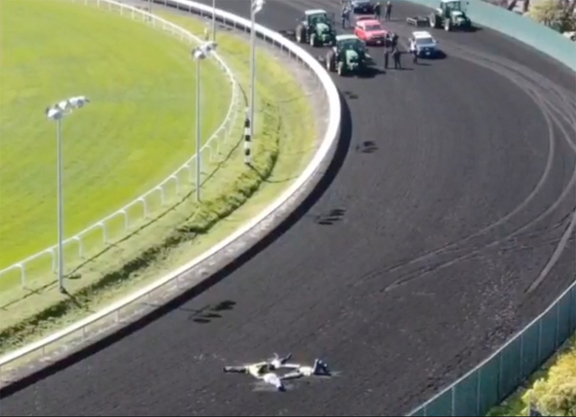 Protesters on the track at Golden Gate | Direct Action Everywhere

“I think there's some positives in all of this”

And so, what to make of events up at Golden Gate, by an organization called Direct Action Everywhere, which purportedly seeks to shut the facility down?

Anti-racing protests in California aren't new or novel–picketers have routinely descended upon both Del Mar and Santa Anita in recent years, often prompting workers at both facilities to stage counter-protests.

“I don't think a few protestors at Golden Gate are representative of the larger population in California,” Chaney said, highlighting both overarching public sentiment toward the sport, and the fractured nature of animal welfare organizations in the state with disparate sets of goals and agendas. “I think lumping animal rights activists in one group is unfair.”

At the same time, Chaney acknowledged the long thread of political activism woven throughout the history of the City of Berkeley–whose district Golden Gate Fields partially overlaps–as something the industry needs to be cognizant of.

Political pressure was brought to bear on the CHRB last October, when Berkeley City officials wrote the board requesting an investigation into equine fatalities at Golden Gate.

The CHRB responded with a letter explaining these rates, while listing a series of increased medication and safety measures the board had recently undertaken statewide and intended modifications for the future, including those specifically geared toward Golden Gate.

How was the letter received? “I'm not certain,” said Chaney.

“But to be fair, this is all against the backdrop of a global pandemic,” he added, saying that the track had built a good rapport with the City's Public Health Division as a result of a large facility outbreak last year, illustrated by the vaccination drive conducted on Golden Gate property. “I think there's some positives in all of this.”

In a written response to questions, Craig Fravel, CEO of 1/ST RACING, wrote, “At 1/ST, we believe in the right to free speech and peaceful protest, but the types of actions exhibited by the activists that disrupted live racing at Golden Gate Fields last month run directly counter to a safe and healthy environment and endangered the lives of thousands of people as well as the horses they were claiming to protect.

“Animal rights and extreme activists are very different,” Fravel added. “Those in our industry who stand for ethical horse racing believe in the protection of these beautiful creatures and are working together to ensure that racehorses are cared for before, during and after their racing careers.” 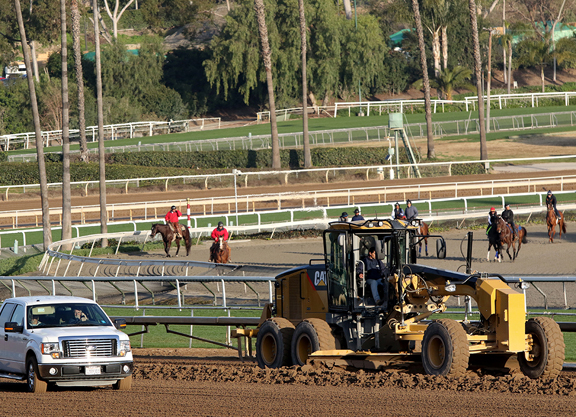 “It's a very substantial undertaking”

Which brings us to the path forward, and political land mines still to be negotiated. Come the next election cycle, could racing face another potential challenge at the state ballot?

“You always have to be cognizant in California–just look at Governor Newsom and the recall effort–of the ballot initiative as a challenge for horse racing,” Avioli said.

However, “You generally need upwards of $100 million to support a ballot initiative successfully. It's a very substantial undertaking,” he said, adding, “There is no indication of serious talk of a ballot initiative right now to address horse racing.”

One important distinction, said Avioli, is that a history of state initiatives related to animal welfare show support “to some level” by the Humane Society.

“We have good relations with them,” he said, of the global non-profit. “It all goes back to the fact that we did two years of the most aggressive reforms that have ever been done in this country in horse racing and it appears to be working.”

But that brings us to perhaps the biggest sticking point moving forward, one that highlights the various levers and conflicts tugging at the sport both within and without: the issue of continuing reform. 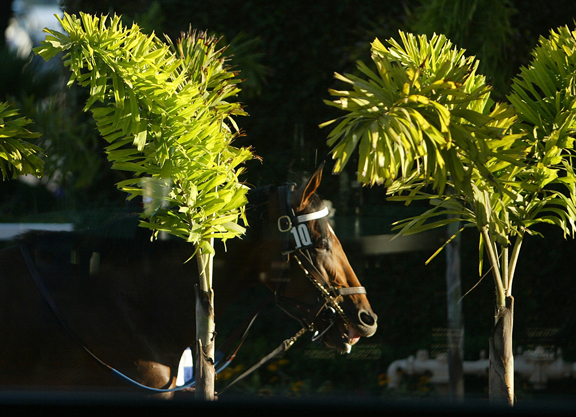 According to Avioli, after two years of snowballing regulatory change, the industry is at a point of consolidation, allowing the dust to first settle on a radically altered landscape before further modification.

“The CHRB seems right now to be not in an activist role,” he said. “They understand the massive amount of new regulations that have been put in place over the last 24 months, and they do not expect it to continue at the same rate.

“Now's the time to focus more on implementing those–see the results of the new rules–before we go on and add additional ones,” Avioli said.

Yet, Kathy Guillermo, vice president of People for the Ethical Treatment of Animals (PETA)–an organization, alongside the Humane Society, afforded key industry input–is critical of the rate of change since the CHRB has undergone its recent personnel reshuffle.

“For all the criticisms of the previous board, at the end, we were working very closely with them to try to make those changes,” Guillermo said, pointing to efforts that included tightened rules pertaining to multiple violators, as well as the implementation of central pharmacies on racetrack grounds, mirroring jurisdictions like Hong Kong.

And while the reforms instituted have seen the industry turn a corner, “a lot more still needs to be done,” Guillermo said.

“There has always been a division in racing about what needs to be done to correct the public perception. I see about half the people really get it,” Guillermo added. “And I see other entrenched parts of racing that still refuse to believe that they're going to have to be accountable to anybody but themselves. And they need to get on the same page.”

Here, it should be noted that the new board has been split on a number of controversial topics in recent months, including the issue of whether to grant Los Alamitos–the latest California facility under scrutiny for its welfare record–a truncated six-month license. After an extended period, the board granted the facility its typical 12-month license.

More recently, the panel was divided over the issue of whether to implement even tighter whip reforms than currently exist, with the board eventually voting 4-3 to table the motion for the time being.

Guillermo released the following statement regarding commissioner Mitchell's failed re-election to the CHRB:

“I've never had a conversation with Wendy Mitchell, nor has PETA ever contacted her directly, but it has become clear to us in the last several months that the California Horse Racing Board has failed to bring about the promised changes to protect horses.”

Guillermo added: “The board and, apparently, the California legislature remain beholden to the old guard in racing that considers abuse and death to be normal business practices, rather than listening to the public that has demanded change. PETA won't sit by quietly while the body count mounts. Legislators can expect to hear from our 700,000 supporters in the state.” 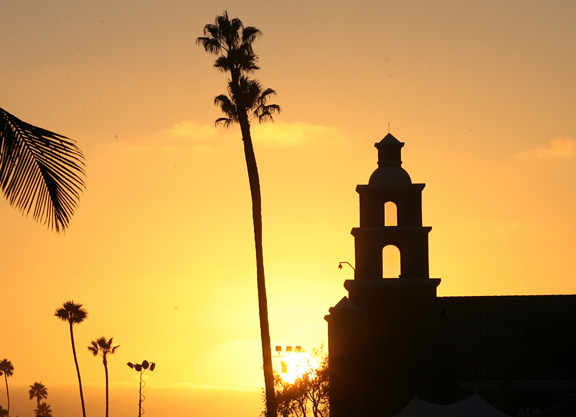 It's unsurprising, then, many are circumspect about this ongoing balancing act.

“While we may not always agree, as stakeholders we share a collective vision to ensure a healthy and sustainable future for horse racing in North America,” wrote Fravel.

“There is a vast ecosystem that makes up the Thoroughbred racing industry and in order to move forward, the entire industry needs to continue to prioritize equine health and safety and to demonstrate that priority at every turn,” he added.

“It's complicated,” admitted Rubinstein, distinguishing between inclinations from the fringe elements of the animal rights movement and the more orthodox viewpoints of the mainstream.

“So, our messaging is aimed at the more reasonable people who want to see the sport continue and thrive, who appreciate that it is an economic engine for so many people, that it protects family farms and working open space.”

The majority of people support horse racing, he added. “As an industry, we have to take the initiative in Washington and at a state level to affirm recent progress and our overall commitment to safety and welfare.”