Home » Archive » Europe » Point Lonsdale on Show in the Tyros

Point Lonsdale on Show in the Tyros 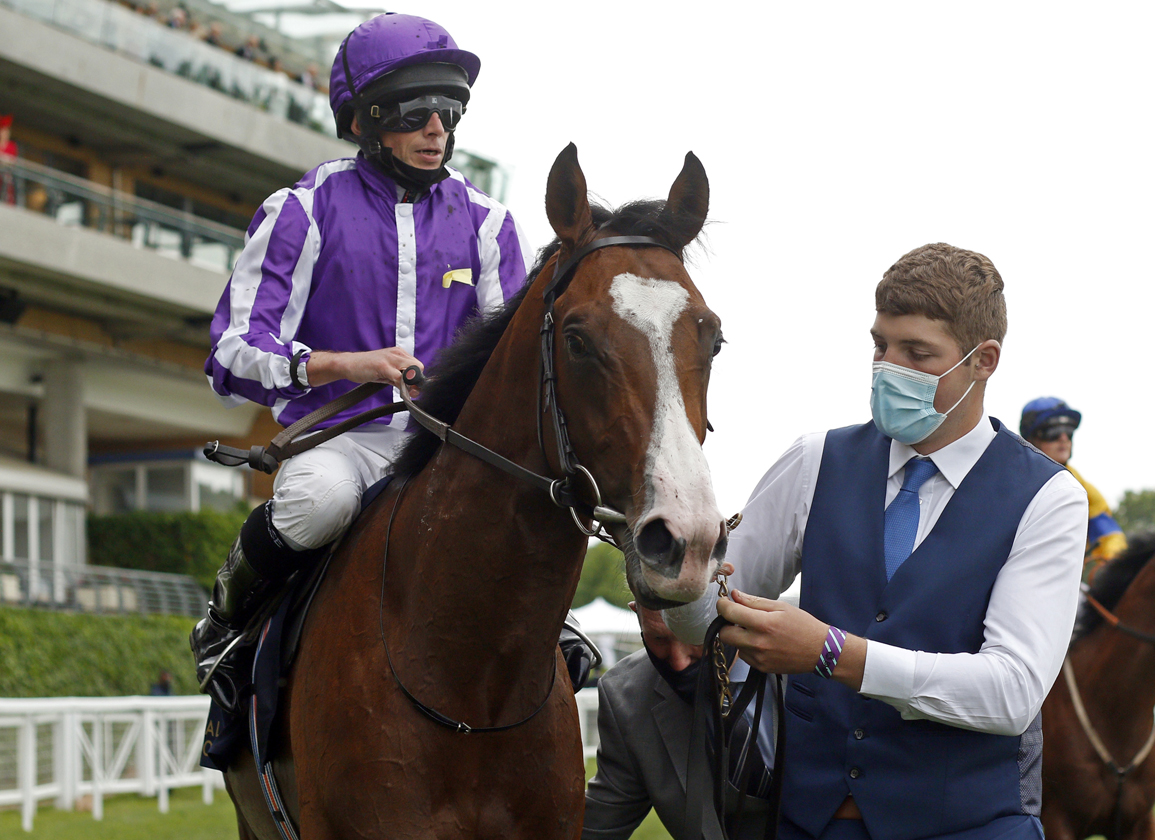 Ballydoyle's 'TDN Rising Star' Point Lonsdale (Ire) (Australia {GB}) treads a familiar path on Thursday as he alights on Leopardstown for the G3 Japan Racing Association Tyros S., always one of the key staging posts ahead of the following year's Classics.

Overcoming testing ground to double his tally in Royal Ascot's Listed Chesham S. over this seven-furlong trip June 19, the full-brother to Broome (Ire) follows the same route as the stable's former celebrity Churchill (Ire) in 2017. His defeat of The Queen's Reach For the Moon (GB) (Sea the Stars {Ire}) has been upheld subsequently, while the fifth home Masekela (Ire) (El Kabeir) went very close in the recent G2 Superlative S. so it will be a surprise if the current Guineas and Derby ante-post favourite comes unstuck at such an early stage.

“We've been happy with Point Lonsdale since Ascot–everything has gone well with him since,” commented Aidan O'Brien, who has the record of 14 wins in this with half of those coming in the last seven years. “It was pretty soft at Ascot and he likes nice ground. He's a lovely-moving horse, so that should be in his favour this time.”

Point Lonsdale's quartet of rivals feature one who could have something to say about this being a one-sided affair in Team Valor's acquisition Maritime Wings (Ire) (Gleneagles {Ire}). Successful on debut over slightly shorter here June 10, the chestnut from the family of Rail Link (GB) is totally unexposed like Anthony Smurfit's Chicago Soldier (Ire) (Declaration of War) who was an eyecatching fourth on debut over this trip at The Curragh June 27.

Aidan O'Brien also saddles the likely favourite in the card's G3 Frank Conroy Silver Flash S. for the juvenile fillies, with Prettiest (Dubawi {Ire}) bidding to become the 12th winner of this seven-furlong test for her trainer coming off a fourth in the G3 Albany S. at Royal Ascot June 18.

“We were very happy with her run in the Albany,” he said of the first foal out of the high-class Alice Springs (Ire) (Galileo {Ire}). “She came back quick enough after her maiden win, but we've been happy since and everything has gone well with her.”

Juddmonte's racing manager Barry Mahon said, “She's a very nice filly and she's training nicely. It's a small, but very competitive field. Aidan O'Brien's filly is going to be tough to beat on her fourth in the Albany. We like our filly and we're hoping she's going to progress now in the second half of the year.”

Two-year-old fillies also have their chance to shine earlier in the afternoon at Sandown, where the Listed British Stallion Studs EBF Star S. features Cheveley Park Stud's impressive June 26 Newmarket maiden winner Inspiral (GB) (Frankel {GB}). Trained by John and Thady Gosden, the daughter of the G1 1000 Guineas runner-up Starscope (GB) (Selkirk) had that form boosted by the subsequent win of the runner-up Ardbraccan (Ire) (Lawman {Fr}) and looks set to head the market for the race won in the last two years by Walk In Marrakesh (Ire) (Siyouni {Fr}) and Fev Rover (Ire) (Gutaifan {Ire}).

“She is extremely well-bred and ran well first time out under a nice hands and heels ride over seven furlongs at Newmarket,” Thady Gosden said. “On the basis of that, she deserves to go straight into a black-type race. She has got a lovely big stride on her and she will get further in time. It's a stiff seven at Sandown and hopefully that will suit, while her form was given a good boost after the runner-up in her last race won at Newmarket recently.”

Another daughter of Frankel, Godolphin's May 21 Haydock and June 22 Newbury scorer Wild Beauty (GB) encounters a fast surface for the first time but trainer Charlie Appleby is not concerned.

“The quicker ground doesn't worry me, as the dam's side of the family go on quick ground,” he said. “She has progressed on each of her last two starts. We stepped her up in trip last time and I was very pleased with that performance on soft ground. We've got a bit of a wide draw, but there are only nine runners so I'm not that concerned about that. She goes there in great order but like a lot of them in the field she will be testing her mettle there.”

Walk In Marrakesh's trainer Mark Johnston puts forward Chasemore Farm's unbeaten Qipao (GB) (Muhaarar {GB}), who is up markedly in class having won an uncompetitive novice over this trip at Chelmsford July 4. Charlie Johnston thinks she is capable of holding her own.

“She has always been a filly that has pleased us at home, but has probably come to hand a bit earlier for one by Muhaarar whose progeny generally take a bit of time,” he explained. “She has got quite a bit to find on ratings, but that is only because she has been strategically placed and you can't knock what she has done so far. We sent out Dubai Fountain to finish second last year and Walk In Marrakesh won it the year before, so it is a race that is always on the radar for this type of filly. The dam [The Gold Cheongsam] had plenty of boot, but she is a big, scopey filly who we always thought would want seven this year. There should be no excuses regarding ground or trip.”