Phoenix Rising Emerges With a 'Flame' 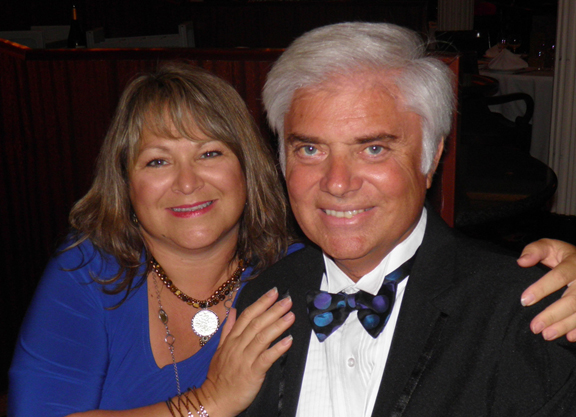 For a smalltime breeder in the Canadian province of British Columbia, Deborah Holmes is having a hard time believing that one horse she bred and sold is on the road to the GI Kentucky Derby and another is on the path to the Queen's Plate.

The victory by John Oxley's Flameaway (Scat Daddy) in Saturday's GIII Sam F. Davis S. has thrust him into the Derby picture, even though he is not yet nominated to the American Triple Crown. He is, however, eligible for the Canadian Triple Crown.

Another horse Holmes sold, Silent Sting (Silent Name {Jpn}), had a strong freshman season in Canada for Stronach Stables, winning two of four races, including the Kingarvie S. in December, and is considered a strong prospect for the Plate.

Theoretically, Holmes–a part-time accountant whose breeding business is called Phoenix Rising Farms–could have two horses in the Plate. Not bad for a crop of six foals produced by her broodmare band three years ago. She bought two more mares last year.

“Six was a big crop for us and some are going to Classics?” she asked with amazement. “It's beyond anything I could have imagined. How does that even happen?”

Flameaway was nicknamed Hercules as a foal, while Silent Sting was called Caesar. They were both born in Hillsburgh, Ontario at Gail Wood's Woodlands Farm, and it was Wood who gave the colts their early monikers because of their size. Holmes credited her success to John Penn and George William Smith. Penn does her confirmation analysis and raises her U.S.-based horses at his family's Pennland Farm in Paris, Kentucky. Smith, a Canadian pedigree expert, has a company called The Matchmaker.

“My plan in this business is to surround myself with experts,” Holmes said. “That's why I'm with the Penns. That's why I have George Smith advising me. That's why I have Gail Wood. She has downsized farms and now I'm with Susan Foreman. I work with the best. I have John Penn look at every mare before I buy them and make sure I'm not missing something on the physical side, and I obviously couldn't have bred sich good yearlings without my pedigree guy.

“I put in place good people. I can go to sleep each night knowing my horses are in good hands. I breed the best I can possibly afford to the best. But there's always luck. There has to be luck. I mean, come on, there are very rich people in this business that do exactly what I'm doing that don't have a Derby and a Queen's Plate contender this year. So, of course there's luck. It takes a team. I make the final decisions, but I rely on the expertise of all these horsemen and horsewomen to make the right decisions.”

Of the six yearlings from the same crop as Flameaway and Silent Sting, two were foaled in British Columbia, two in Ontario and two in Kentucky. Four of the six foals sold for $100,000 or more. Flameaway sold for $150,000 as a Keeneland January short yearling and was re-sold for $400,000 as a Fasig-Tipton Saratoga yearling. Silent Sting sold for $150,000 as a Keeneland September yearling. The unraced Gatlinburg (Uncle Mo), a $100,000 KEEJAN short yearling, was subsequently sold for $525,000 at Keeneland September. Meanwhile, El Corazon (Quality Road), a $100,000 KEESEP yearling, won a maiden special weight at Laurel as a 2-year-old.

The other two horses are a pair of British Columbia-breds by Second in Command–Titus Command  and Starresha. The latter captured much attention at Woodbine in 2017 because of her interesting coloration. She has brown spots on her body, brown ears and a tail that is mostly black. Registered as a paint and a Thoroughbred, the filly has her own Facebook fan page.

Holmes also bred Seguimi (Victor's Cry), who co-topped the Canadian Thoroughbred Horse Society's yearling sale last year with a price tag of $85,000. The colt is a half-brother to Flameaway.

Silent Sting is a half-brother to the 6-year-old Grade I-winning mare Celestine (Scat Daddy), whom Holmes sold for $100,000 as Keeneland September yearling in 2013. A high-priced RNA as a juvenile, she ultimately stamped herself as a top-class racemare with a victory in the 2016 GI Just a Game S. and subsequently sold for $2.55 million at Keeneland November later that year.

Sadly for Holmes, Mona Mia, the dam of Celestine and Silent Sting, died giving birth to the latter, who was born by a caesarean section. Mona Mia, who had a tumor under her tail, had been diagnosed with melanoma and Holmes and her team were researching for potential treatments–one of which was identified in California. It was a month before the mare was scheduled to foal, so the decision was made to wait.

“We had no idea she had internal tumors and the thought is that one of them ruptured and that's why she couldn't get the foal out,” Holmes said. “She was in deep distress and she was going to die. There was no saving her. It was awful, truly awful…We saw the external, but we didn't have any idea the extent of it inside. That was my first grey horse that had cancer and it was very sad. A few years later we would have had a treatment for it.”

The year before, Mona Mia foaled a filly by Second in Command that died the day after birth because of a virus. Mona Mia subsequently developed colic and had to be rushed into surgery. A month afterward she was bred to Silent Name and got in foal on the first cover, eventually producing Silent Sting.

“He was really a miracle baby,” Holmes said. “Do you know how much I regret that the Second in Command filly died? That would have been one of my broodmares.”

Holmes said the death of Mona Mia, whom she bought privately in foal in Kentucky for $18,000, and the foal that died after birth are part and parcel of numerous tragedies she has experienced as a breeder. After numerous accidents and mishaps with both broodmares and foals, Holmes said she has learned to accept the highs and lows that come with breeding horses.

“I'm grateful for every baby that's born safe and healthy,” Holmes said. “When I first started breeding horses and these things happened, I almost quit. It's so painful to lose a horse that you love. But you pick yourself up and dust yourself off and you just have faith that better days are ahead.”

Among Holmes's successes on the racetrack is Goldstryke Glory (Second in Command), now an 8-year-old mare, who raced 19 times in Ontario and banked almost $320,000.

Holmes said she transitioned her accounting duties to a part-time capacity because the horses are starting to pay for themselves and she wants to devote more time to her breeding business.

“It used to be that my accounting practice could pay for my horses, but I've far eclipsed that now,” Holmes said. “Horses are way too expensive for the accounting to support them. They need to support themselves. My husband, who is a lawyer, is awesome, and he said I'm retiring in June. He wants me to enjoy life. I'm just going to be a horse breeder.

“To be honest, there have been times when the horses' cash flow has not been [strong] and he stepped in and loaned me a little bit of money. That's why I sold Flameaway and Gatlinburg early. I didn't have enough money to bring this herd forward and those two were very saleable. I paid back my husband the money he loaned me and went forward–and from that I was able to sell Silent Sting and El Corazon in September.”

After starting out in the breeding business in 2000 and going through some tough times, she decided to hire Penn and Smith and hatched the idea of Phoenix Rising Farms with the goal of figuratively rising from the ashes.

“When I did Phoenix Rising Farms and got serious about it in 2007, the accountant side kicked in and I knew I had a limited amount of time to figure out how to make money in this business,” she said. “I was losing money left, right and center. I said we're either going to do this right or we're not going to do this at all. We're producing stakes winners at a pretty high clip now…We have some valuable broodmares and young stock right now, including Flameaway's dam and his yearling half-brother as well as a 2-year-old half-brother to Gatlinburg selling in the Ocala April sale, just to name a few. If we chose to cash out and sell everything, we would definitely show an overall profit for the horse business from day one. However, since I have no intention of leaving this business, the journey continues.”

As a small breeder, Holmes has a specific strategy that includes the expertise of horse people and a voracious reading appetite to learn as much as she can about pedigrees and stallions.

“In my world, I'm always looking for a potential pitfall in a breeding and then I'm trying to find the stallion who doesn't have the pitfall because I'm always breeding six or eight mares a year,” she said. “My husband sometimes complains about all the time I spend on it, but I love it. I absolutely love everything about it. I would rather spend a day in a pasture with a couple of my mares and foals than go to a spa.”