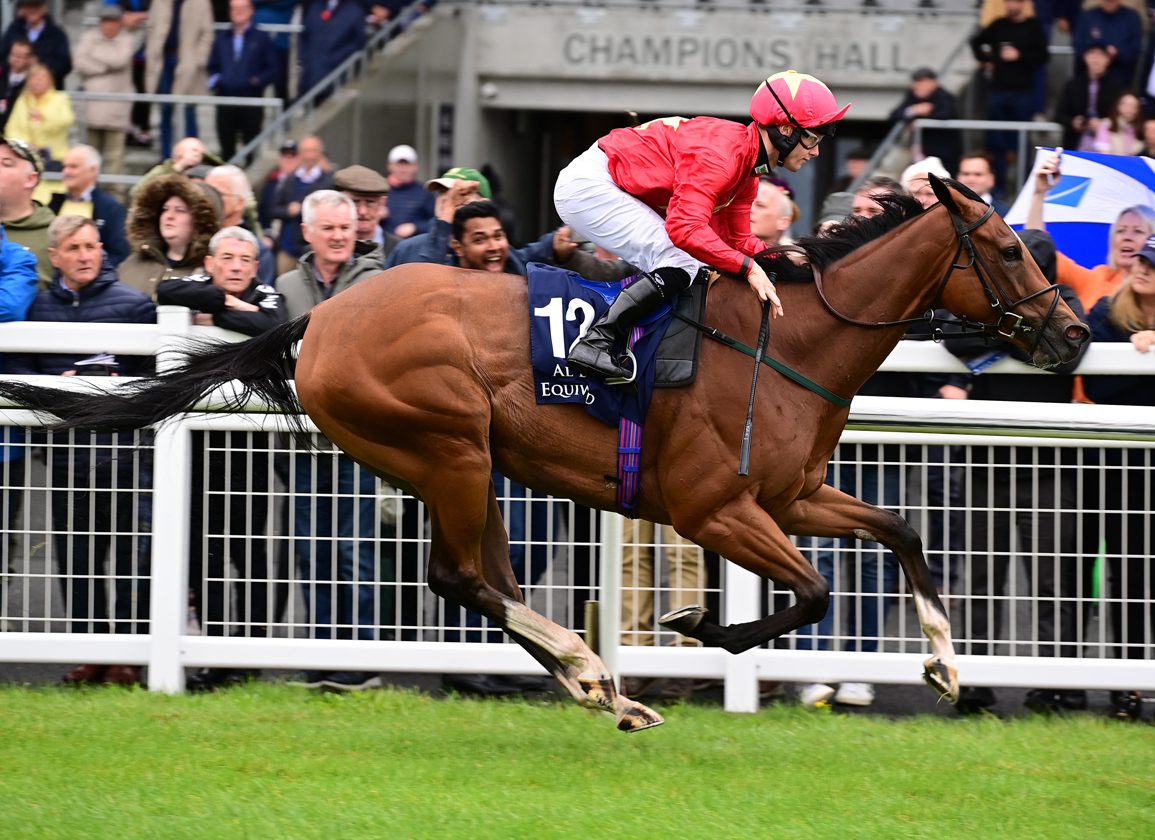 Not content with conquering Group 1s in France, Britain and now Ireland, John Quinn nominated the Breeders' Cup as the most likely destination for Highfield Princess (Fr) (Night Of Thunder {Ire}) after his superstar sprinter scorched to Flying Five S. glory under Jason Hart at the Curragh on Sunday. The race is a “Win And You're In” for the GI Breeders' Cup Turf Sprint.

Quinn, a native of Tipperary who trains in England, described the winner as the best he's trained in the build-up to Longines Irish Champions Weekend and boy was he vindicated by such a statement.

The phenomenal improver travelled into the race with rare ease before powering clear of a Erosandpsyche (Ire) (Sepoy {Aus}) to provide Quinn with a breakthrough Group 1 on home soil.

“She's an unbelievable filly,” he said, almost gobsmacked afterwards. “John [Fairley, owner] bought her dam in foal. We didn't run her at two. We thought she'd win a race or two. All she's done is improve. She's phenomenal, really.”

Quinn added, “She's by a very good sire. Her dam is well-bred and she's a good back pedigree. I think not racing her at two probably helped her and the rest is down to the wonderful staff and the filly.

“Her next run will be in the Breeders' Cup. Two turns around Keeneland could really suit her so, hopefully, we can get her there.”

Highfield Princess became the third British-trained winner of the race since 2018 and completed a sensational trio of Group 1 triumphs following her success in the G1 Prix Maurice de Gheest and G1 Nunthorpe S.

The 5-year-old's rise through the ranks in the colours of Fairely, landlord to the winning trainer, is one of the stories of the season, given it was less than two years ago when she recorded her first victory off a mark of 58 in a handicap worth just £5,593 at Ayr.

Quinn's ace sprinter could lock horns with Golden Pal (Uncle Mo) in the GI Breeders' Cup Turf Sprint and her regular rider is excited by the challenge.

Hart said, “It would be nice to go and take on Golden Pal and see how we get on over there. She's well on track to do it. She's just spectacular, really.”