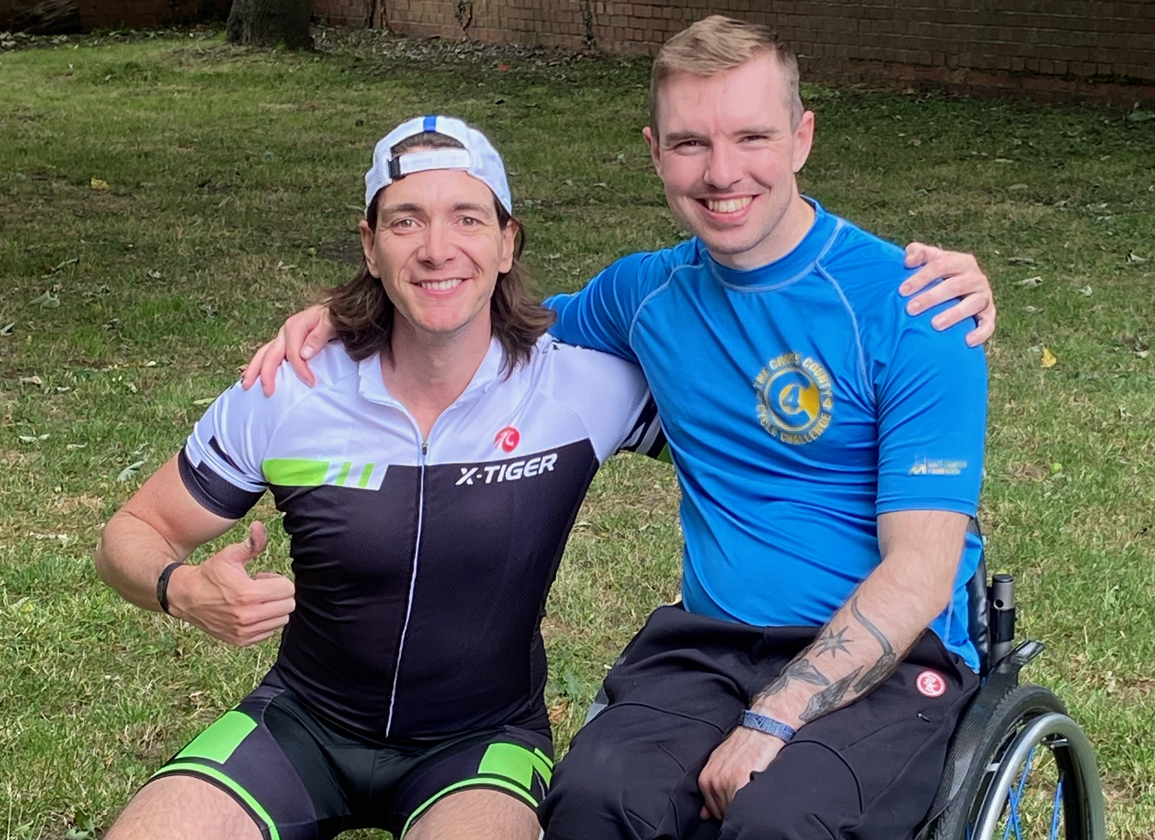 Former jockey Jacob Pritchard-Webb, paralysed during a fall at Auteuil in June of 2020, will embark on 140-mile hand bike ride to benefit a pair of charities that helped him through his rehabilitation. The three-day ride, which begins July 7, will begin at Cheltenham before concluding at Newmarket.

The 25-year-old hopes to raise £25,000 each for the Injured Jockeys Fund and the Matt Hampson Foundation. As part of his training for the event, Pritchard Webb was joined on a cycle around the Cotswolds Sunday afternoon by Harry Potter star James Phelps, who played Fred Weasley in the movie franchise.

“Like all good things, it came about over a beer! We met each other at Mike Tindall's golf day earlier in the year and we got speaking about Jacob's challenge. I'm a big cyclist myself and it sounded a lot of fun,” said Phelps, who will be.

When asked about Jacob's challenge, which will culminate on Darley July Cup Day at Newmarket July 9th, Phelps added: “I think he's an absolute lunatic personally! It would be a challenge for an able-bodied person on a normal bike, so to do it on a hand-bike is even more impressive.

Pritchard Webb will be joined by a host of star names from the racing world on his charity bike ride, including 20-time champion Jump jockey Sir AP McCoy, and he revealed that Sunday's ride was his final piece of work before undertaking his challenge.

Pritchard Webb added, “Anyone can join us if they want to, it's an open invite. Sean Boyce [a presenter on Sky Racing] is joining us on the second day and it's the more the merrier. If you'd like to join in, feel free to drop me a tweet and I'll let you know the route and you can meet us there.”

To make a donation, visit: https://www.sponsorme.co.uk/jacobwebb/the-cross-countys-cycle-challenge.aspx