Home » Archive » Shared News » Pandemic in Numbers: Great for ADWs, Not So Much for Purses

Pandemic in Numbers: Great for ADWs, Not So Much for Purses 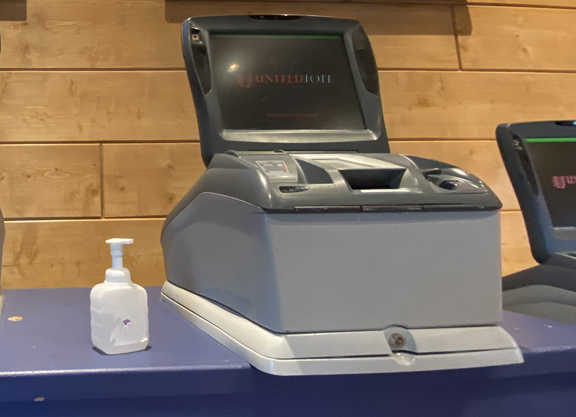 Like an overzealous professor, the pandemic has taken a bright red marker to the status quo, with the racing industry very much on the receiving end of this economic revisionism.

When it comes to California alone, startling betting patterns have emerged with potentially serious ramifications for the long-term sustainability of the sport in the state–that's according to handle and purse data from the first eight months of the past three years put together for the TDN by the Thoroughbred Owners of California (TOC).

Among the key takeaways is this: While a dramatic reordering of betting patterns has facilitated a quarter-billion dollar boon for the advance deposit wagering (ADW) industry, that hasn't translated into a windfall for California horsemen.

The primary reason for such a marked drop in purse revenues is a fundamental pivot away from brick and mortar betting facilities shuttered during the pandemic–those which provide the highest purse retention rates–to lower yield ADW platforms. More specifically, the shift has been toward ADW monies wagered in California on out-of-state races, which have the lowest purse retention rates of all the potential betting avenues in the data table.

But other factors are certainly at play and, in another respect, the massive handles garnered by the ADW industry have helped to buffer the steep declines in the number of races run in California this year.

For the purposes of analysis, the TDN has primarily compared this year's numbers to those of 2018 due to the Santa Anita welfare crisis skewing last year's totals.

There have been roughly 30% fewer races run this year compared with 2018, and nearly 32% fewer cards compared with two years prior.

Overall handle–including all wagering from within California and out-of-state wagering on Californian races–has fallen by $368 million from 2018. This works out to a drop of 18.8% from two years prior on about 30% fewer races.

Unsurprisingly, the largest decreases can be observed at brick and mortar facilities.

Combined, that decrease amounted to some $421.8 million less wagered in California at brick and mortar facilities–a drop of over 70% from 2018 numbers.

The amount wagered in California through ADW platforms on both California races and out-of-state races constituted a roughly quarter-billion dollar windfall for ADW platforms from two years ago–a 59% increase.

To highlight just how costly a hit this has been to California horsemen this year, purse revenues have shrunk from roughly $87.8 million in 2018 to $64.3 million this year–a decline of just over 26%.

While that's with 30% fewer races run in California this year, the overall decline in handle from 2018 was only 18.8%.

Indeed, the amount of money wagered in California on out-of-state races on ADW platforms increased by $225.5 million between 2018 and 2020, but purse revenues from these monies grew by less than $7 million. During that period, the purse retention rate dropped from 3.46% to 3.29%.

While the amount of money wagered in California on California races on ADW platforms increased by $25.3 million between 2018 and 2020, purse revenues from these monies rose by only $1.3 million. During that period, the purse retention rate dropped from 5.94% to 5.81%.

The all-source purse retention rate has decreased by nearly half a percentage point since 2018–a drop that has cost the California horsemen over $7 million in potential purse revenues alone this year.

It should be noted that purse percentage retention rates are hard-baked into contracts, all of which are up for renewal at the end of the year.

Wagering from outside CA

The amount of money wagered out-of-state on Californian races fell from $944 million in 2018 to $747 million this year–a drop of about 21%. To put that into perspective once again, there was a 30% decline in the number of races run in California this year.

Interestingly, because the percentage of handle that goes to purses is so low on out-of-state wagering–3.62% this year–the loss of purse revenues generated from these monies was slightly less than $5 million from 2018.

Questions for the future

The numbers raise all sorts of pivotal questions. For one, exactly how will the industry continue to oil critical daily operations–things like the running of the California Horse Racing Board (CHRB), the stabling and vanning fund, the off-track wagering network, and workers' compensation. These have traditionally been funded primarily through on-track and satellite wagering revenues.

Stepping back, these numbers also raise fundamental questions about the long-term viability of the industry in California in the event the economic toll from COVID-19 is sustained, especially if brick and mortar facilities stay closed, and the current betting patterns and purse retention rates remain unchanged.

How long, for example, can California purses–already the poorer cousins of some other states–remain constricted before that parlays into lasting economic harm to the horsemen in terms of a decline in quality product?

And what about the betting environment post-pandemic? Will discretionary spending patterns revert to type from before the pandemic, for example? Or will the marked swing toward ADW betting prove hard-baked into the behaviors of the betting public?

The TDN shared the data with Pat Cummings, executive director of the Thoroughbred Idea Foundation (TIF). Just recently, the TIF argued that horsemen should be better compensated for the content they provide. Cummings's response is as follows:

“Probably our most fundamental problem, nationwide, is that racing is trying to survive a nearly two decade-long decline in handle in what is the most competitive legal wagering marketplace in American history with a product that, mostly by design of its own industry, is increasingly uncompetitive.

“California's purses are subsidy-free and sustained only by wagering on racing. If they want some sort of stimulus, it is going to have to come from finding ways to increase wagering on its own product. Making actual wagering on actual horse racing as competitive as possible in light of the ever-expanding options for bettors should be the goal.

“Horsemen want a larger share, and they deserve it–ADWs retain the majority of the takeout dollar, and it is a wholly unfair system to the people whose work enables a wagering product to be delivered in the first place. The splits on betting were established when internet wagering was microscopic and while the world has evolved, the splits have not. If the horsemen got into the ADW business 20 years ago, it would be a different story, but they are boxed out of that space and now need to demand a fairer cut. There is one major caveat. While purses need to rise, and horsemen need a larger split, it is tempting to hike takeout on bettors–make no mistake, that would only hasten racing's handle decline.

“Tracks, horsemen and all stakeholders need to focus on ways to stimulate betting on racing–this should include a focus on reducing pricing where possible (in California, that involves the legislature), finding ways to increase betting churn as opposed to highlighting churn-killing jackpot wagers, and leading with improved measures of transparency that will be appreciated and engaging for customers. We recognize the challenges of implementation are significant, but the greater betting marketplace is getting more crowded and a path to success will get tougher the longer it takes to revolutionize the racing wagering space.”