Pan Am Conference to Focus on Sharing Global Strategies 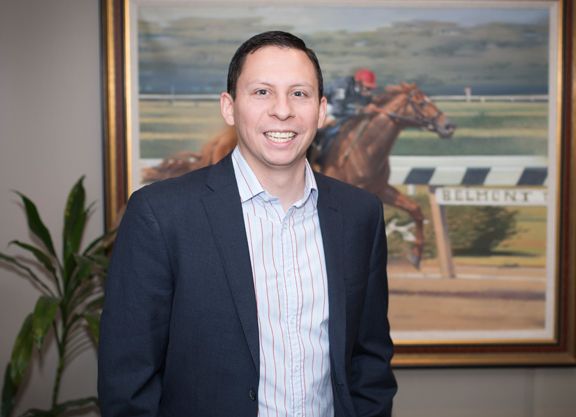 The biannual Pan American Conference in Washington, D.C., this week will bring together racing administrators, officials, and participants spanning the planet with the aim of building global alliances within the Thoroughbred industry.

Expanding upon existing initiatives and taking a world-view approach to problem solving are sure to be key themes, and an overarching motif will involve how the sport can best strike a balance between striving for international standards while still maintaining the unique traditions and flourishes each region has to offer.

Hosted by The Jockey Club and organized in conjunction with the Latin American Racing Channel (LARC), the 2017 event will be broadened from 2015's inaugural version by dovetailing the Thursday and Friday Pan Am slate of speakers with the first International Forum for the Aftercare of Racehorses (IFAR), a two-day symposium that will start on Wednesday in shared conference space at the Grand Hyatt Hotel (with only minimal overlapping of the two conference agendas on Thursday).

The first Pan American Conference, held in New York City in June 2015, was received with critical acclaim as more than 300 delegates attended from 27 countries.

Andrew Chesser, the manager of registration services at The Jockey Club and the secretary general for the International Federation of Horseracing Authorities, is one of the organizers of the events, which will also include a full slate of social festivities that culminates with a trip to Pimlico Race Course for Saturday's GI Preakness S. In a phone interview last week, TDN asked Chesser what organizers learned from planning the 2015 Pan Am Conference that will contribute to this year's wide-ranging agenda.

“I definitely think the first conference showcased a lot of the opportunities and challenges that racing shares from one country to the next, everywhere from the U.S.A. to Australia to Korea,” Chesser said. “But it also highlighted the appetite within the racing public, that bettors, breeders, and owners have for the international product. I think what we saw at that first conference that were realizing now is that the world's becoming much smaller. Racing really needs to look at itself and see ways that it can become more available to audiences outside of its own borders. And I think racing–not just here in the States, but all over the world–is realizing the benefits of all that. I think the interest is there more and more. That's the main takeaway that we had from the first conference that we aim to spotlight here in 2017.”

Chesser was asked if part of the necessity for working alliances among various countries, particularly in the simulcasting and betting sectors, could be read as a survival strategy here in the United States, where foal crops and the number of racetracks have been waning in recent decades, thus reducing field sizes, race dates, and betting handle.

“Foal crops have shrunk all over the world in the last 10 or 15 years,” Chesser acknowledged. “So I think to service people that are bettors and looking for product, you do have to go outside your normal domestic products. You've got to serve the best of the best in order to get good turnover and revenues.”

Chesser continued: “There are shared challenges and opportunities across all the different racing countries around the world. There's also a uniqueness and a sovereignty that [makes some comparisons difficult] because you can't necessarily apply 'apples to apples' in every instance. But I think you can take away the theme and the lessons that everyone faces in one area of the world or another. I know aftercare is certainly one issue that I've looked at. That's a global issue that we need to take seriously. I think the United States, from a cultural perspective, has kind of been at the fore of that along with a number of other nations in Europe and Australia, and we're all going to share those lessons with the rest of the world.”

Yet at the same time, as racing goes global, it must be wary of standardization eroding the unique qualities that differentiate racing in the various regions of the world.

“It's definitely a balance,” Chesser said. “I think every country realizes that if you're going to introduce [your racing product] to new markets, there's a sort of level of trying to develop traditions, customs and the way that people digest racing in their home countries, and then trying to apply it to an international product. Like how do you serve up a screen that shows a race video and odds and racing information in a way that somebody can understand it, even if they're not familiar with that country's racing product? It really is important to maintain the unique kind of flair and substance that each country has, that for cultural reasons or otherwise, you just can't duplicate.”

“Horses that come to the U.S. from other countries don't just come here by chance,” Chesser said. “There's an active dialogue that's happening between owners, trainers, participants, and racing administrators. How do we encourage that?”

“The main kind of message that is likely to come out of this panel is, yes, international racing is great,” Chesser said. “But do people have access to it? Do they have the products they need to understand it, and the information that they need in order to make an educated decision to place a bet?

“This is 2017. We not only want to know what has worked previously, but what's the future of facility design?” Chesser said. “How do you maximize the space and the footprint that a racetrack has while also understanding how to put on a live show that people want to be at? The traditional way that people think of a racetrack is changing.”

“After the [GI] Kentucky Derby was won by a multiple-partner ownership, this one is especially topical. You've got more and more syndicate and partnership groups that are owning racehorses at the highest levels,” Chesser said.

“How do you market to many different kinds of customers? How do you make your facilities and product attractive to different segments? Not just people at your racing facility, but people outside of your normal group internationally?” Chesser said.

“I think South America is looking at themselves and saying, 'How can we further integrate with the rest of the world in terms of our racing and breeding products?' Because they are extremely important–Argentina being one of the largest foal crops in the world, and Brazil not too far behind,” Chesser said.

Keynote speaker–The Stronach Group chairman and president Belinda Stronach will detail the organization's vision and outlook, giving her take on the challenges and opportunities for racing both domestically and internationally.

TDN will provide detailed coverage of all three days of the Pan American and IFAR conferences.