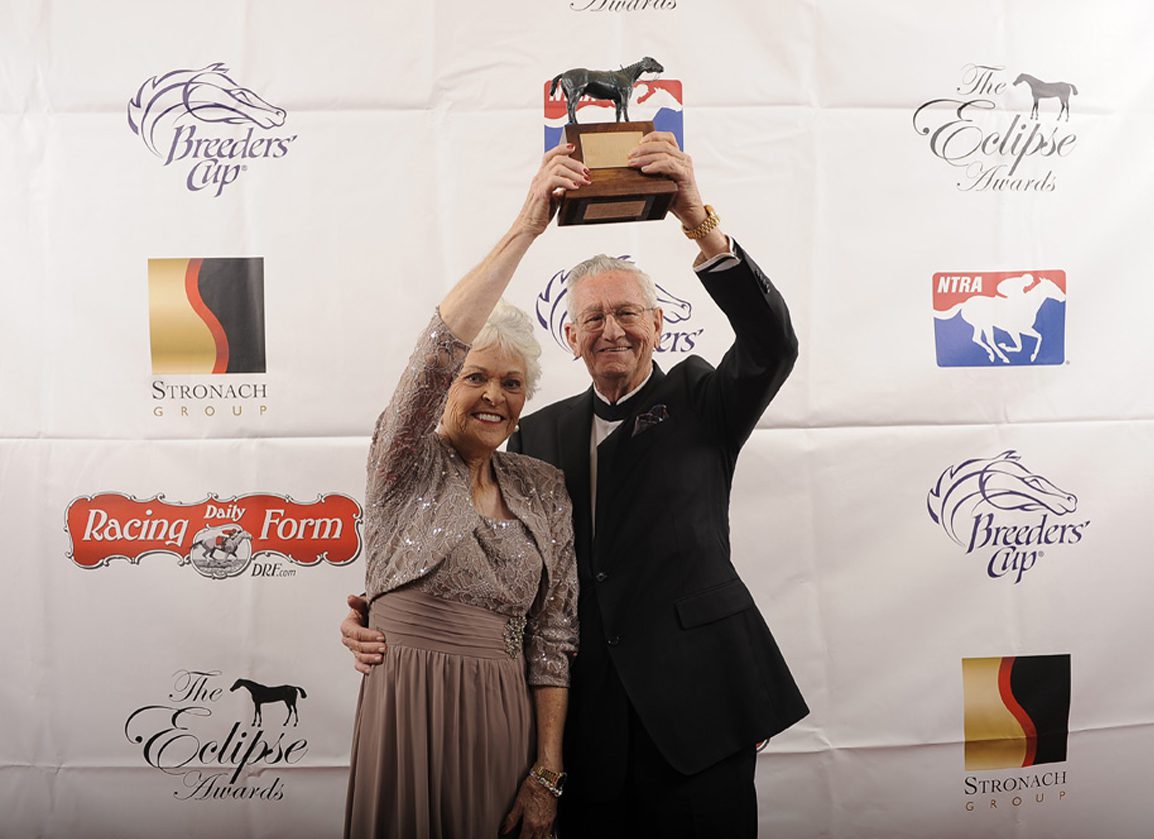 Willis Horton, an owner and breeder in Thoroughbred racing for decades whose Willis Horton Racing campaigned champions Will Take Charge (Unbridled's Song) and Take Charge Brandi (Giant's Causeway), passed away Friday at the age of 82 after a bout with COVID-induced pneumonia. The news was first reported by Daily Racing Form.

Originally from Zach, Ark., Horton grew up on a farm and competed in rodeos. His wife of 64 years, Glenda, had a similar upbringing, and the two owned quarter horses before branching out into the world of Thoroughbreds. Horton's home racing base was Oaklawn Park, and he maintained a cattle operation at his farm in Marshall, Ark.

“Oaklawn sends our condolences to the entire Horton family and the racing community,” Oaklawn Park said in a tweet. “Willis Horton will be greatly missed by everyone that knew him.”

Horton's family founded D.R. Horton Homes in 1978, which grew to become America's largest homebuilder with revenue over $27 billion. The company has more than 11,000 employees and is traded publicly on the New York Stock Exchange.

As an owner, Horton's career reached new heights with D. Wayne Lukas trainee Will Take Charge, who won five graded stakes as a 3-year-old in 2013, including the Grade I Travers S. and GI Clark H., and was runner-up in that year's GI Breeders' Cup Classic en route to champion 3-year-old male honors at the Eclipse Awards. The chestnut, who Horton purchased for $425,000 as a Keeneland September yearling, currently stands at Three Chimneys Farm and was represented this past Friday at Keeneland by GII Stoll Keenon Ogden Phoenix S. winner Manny Wah.

Soon after Will Take Charge's breakout Travers score, Horton went to $435,000 to secure Take Charge Brandi at KEESEP. Named after Horton's granddaughter, she scored in the 2014 GI Breeders' Cup Juvenile Fillies and added a victory in the GI Starlet S., also under Lukas's tutelage, to be named champion 2-year-old filly. In the fall of 2015, Horton sold the filly for a whopping $6 million at Keeneland November.