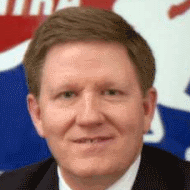 For the second consecutive year, overall wagering on Thoroughbred races in the United States edged slightly upward, even though total purses, race days, the number of races, horse starts, and average field size all declined in 2016 compared to 2015.

“The 2016 wagering and purse report suggests that Thoroughbred racing in the U.S. has stabilized from the world-wide economic recession of a few years back,” said Alex Waldrop, president and chief executive officer of the National Thoroughbred Racing Association (NTRA). “A declining foal crop has challenged the industry to adapt by reducing races and race days and also encouraged innovation. It is noteworthy that handle increased in 2016 despite 85 fewer race days.”

Proposed major changes in the ways pari-mutuel winnings are interpreted, calculated, and taxed by the U.S. Department of the Treasury and the Internal Revenue Service (IRS) could be on the books by as early as April, fueling widespread industry speculation that the new regulations will spark even larger handle increases.

“One additional piece of positive news for the industry is the Dec. 29 release by the Treasury Department and the IRS of proposed regulations that will fundamentally alter the way winning pari-mutuel wagers are withheld and reported,” Waldrop said. “By modernizing tax withholding and reporting to reflect the true cost of a wager, especially exotic wagers, more money will now remain in the hands of our customers who will re-bet most of those dollars for the benefit of all. It’s an important fix that the NTRA has spent years advocating for and will have a positive impact on overall pari-mutuel handle from the moment it’s implemented.” @thorntontd