Over 5.5million Spent On Mares To Visit Lucky Vega At Goffs 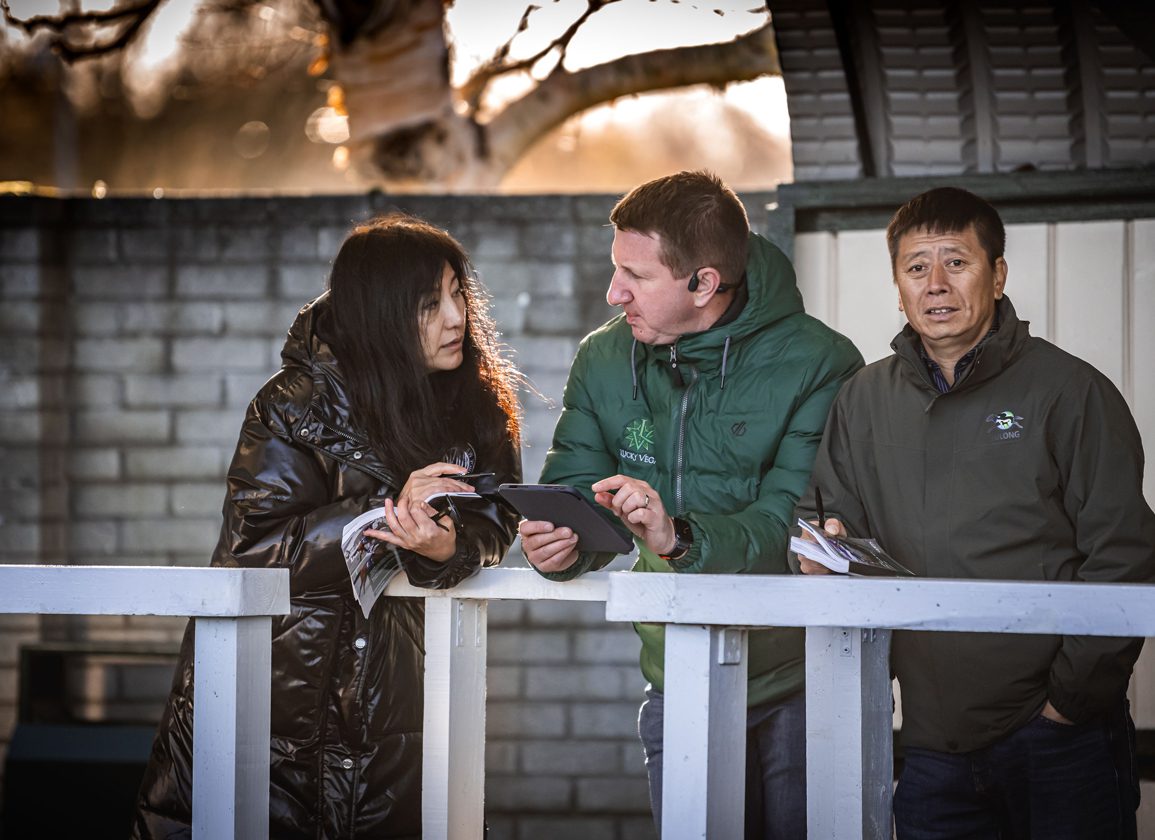 The mammoth support of Lucky Vega (Ire) continued at the Goffs November Breeding Stock Sale when connections of the young stallion snapped up 19 mares to the tune of €5,625,000, headed by €790,000 purchase Aspiring, with the majority set to visit the Group 1-winning juvenile next year.

Led by BBA Ireland's Mick Donohoe, who did most of his bidding online, the Lucky Vega Syndicate were continuing their recruitment drive for mares to visit the Irish National Stud-based sire after similarly strong sales this year and last.

Aspiring (Ire) (Galileo {Ire}), an unraced half-sister to Danedream (Ger) (Lomitas {GB}), was sold in foal to Wootton Bassett (GB). She is also a full-sister to Venice Beach (Ire) and Broadway (Ire).

He said, “I thought she was a lovely physical, she has a great cover and she's from a fantastic family. She's going to go to Lucky Vega. Mr Zhang is doubling down on his support this year by buying some select mares. He sent 30 mares to him last season and he'll probably send the same number next year but is going to up the quality on the strength of what he's seen from his foals on the ground in Australia.”

Lucky Vega stands the Northern Hemisphere season at The Irish National Stud for €15,000, and the Southern Hemisphere season at Yulong's farm in Victoria for AU$19,250 inc. GST. On the track he carried the green and white colours of Zhang Yuesheng, who has been a familiar face on the sale circuit this year, and was in attendance at Goffs again on Friday. The Chinese businessman's horses in Ireland are concentrated in the Jessica Harrington yard, which is where Bocca Baciata (Ire) (Big Bad Bob {Ire}) was based when she recorded Group 2 success.

The Kiltinan Castle Stud-consigned mare, who is foal to Mehmas (Ire), was another to join the Lucky Vega Syndicate for €530,000.

Donohoe said, “Obviously Mr Zhang has horses in training with Jessie [Harrington] and she trained her so she recommended the mare to him. Jessie is high on the two-year-old sister [Foniska (Ire) (Galileo {Ire})] that she trains, too. He actually bought Lucky Vega's sister as well. It's undecided where she'll go next year but she'll go to stud in Ireland.”

If judging the superb foals that have been born in Australia, then the future is bright for @YulongInvestme1 Lucky Vega 💪🏻🙌 https://t.co/POXorIeBCQ

Donohoe went on to underbid the top lot Ladies Church, who sold to Dermot Farrington for an undisclosed client for €970,000, where he did most of his bidding online through his iPad on the balcony directly opposite the rostrum. That was until he appeared to lose signal and, alongside Mr Zhang, was forced to bid the old-fashioned way.

Alas, it wasn't to be on Ladies Church but, on bidding online, he said, “Obviously Mr Zhang is quite familiar with the online bidding in Australia, the online bidding format there has a couple of years head start on Europe, so he feels comfortable bidding that way. That's the way they do it in Australia and that's the way it's going here because you can bid in a nice relaxed atmosphere.”

Donohoe added, “We can nip down and look at the horses in the parade ring and do our final checks, then go up and have lunch and bid in comfort. We value the horses and we bid to what we think their value is, so it doesn't really matter who's bidding against us. Sometimes when you're bidding in the ring you can maybe go one or two bids that you might regret afterwards when you've been wrapped up in the theatre of it. It's all a bit more composed doing it this way.”

The Lucky Vega Syndicate remained strong deep into the evening, spending €1.23 million on back-to-back lots [1314 and 1315] Pleasant Dreams (Ire) and Eaves (Ire), both of whom are by Galileo.

Pleasant Dreams, who made €630,000, was consigned by Grenane House Stud and was sold in foal to Starspangledbanner (Aus) while Eaves made €600,000 in foal to Wootton Bassett (GB). All told, BBA Ireland signed for six Galileo mares to visit Lucky Vega for €3,195,000.

Ladies Church To Stay In Training

Billed as one of the star attractions of the sale, Group 2-winning sprinter Ladies Church (GB) (Churchill {Ire}) was knocked down for €970,000 to Dermot Farrington who could not reveal the new connections.

However, Farrington did confirm that Ladies Church, trained by Johnny Murtagh to win three times, including that career highlight in the G2 Sapphire S. at the Curragh in July, would race on as a four-year-old.

Farrington said, “I can't say who she was bought for but she will definitely stay in training next year.”

Ladies Church was consigned by Murtagh's Fox Covert Stables and, as well as being a high-class racemare with a rating of 110, she boasts a strong page being a daughter of the French listed winner Rioticism (Fr) (Rio De La Plata).

Having been bought as a foal at Tattersalls in November 2019, she was then sold to Murtagh and agent Peter Nolan the following year for 160,000 at the Goffs Orby Sale in 2020.

She was one of seven horses owner Mark Dobin, who spreads his small but select string between Murtagh, Gavin Cromwell, Joseph O'Brien and Ger Lyons, ran in Ireland this season.

Maljoom has not run since going down by less than a length in fourth in the St James's Palace S. at Royal Ascot back in June. Nictate was sold in foal to Tally-Ho's Starman (GB) and Nicoll was flanked by Paul Shanahan's son Charles when the gavel fell.

Nicoll said, “She's for an Irish partnership so she'll stay here. She's bred a good horse, she's a nice mare but I don't know which stallion she'll go to next. She's top of the range and when you're buying the dam of a black-type winner you've got to expect to pay that sort of figure.”

David and Diane Nagle of Barronstown Stud went to €520,000 to secure Shadwell's listed-placed Yasmeen (GB) (Sea The Stars {Ire}), already the dam of listed winner Shaara (GB) (Shamardal) and in foal to Night Of Thunder (Ire)

Yasmeen is from a deep Shadwell family, with her dam Wissal a sister to Bahhare, and Nagle revealed that he planned on injecting some speed into the pedigree next year.